‘It wasn’t black money, it was to pay for the buses,’ the Evita Movement’s explanation of the $ 1,400,000 found by the Gendarmerie 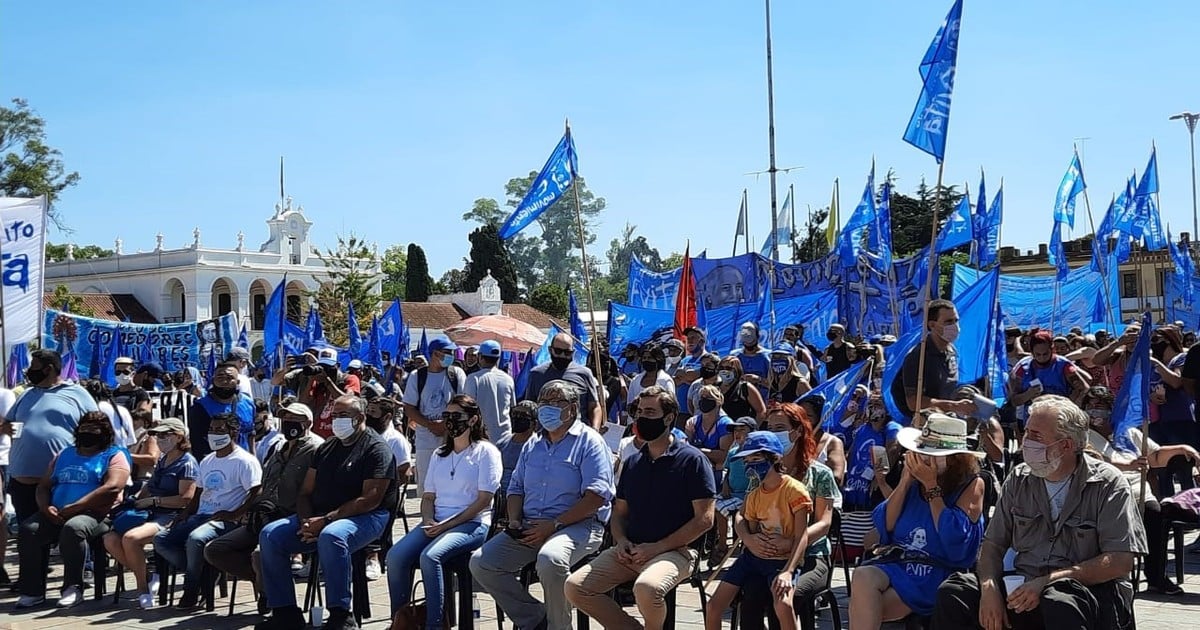 After the Gendarmerie operation on Saturday that detected $ 1,400,000 in a truck with militants of the Evita Movement, the group explained that “it wasn’t black silver”.

“It wasn’t black money, it was money to pay for the buses”, affirmed Fernando “Chino” Navarro, Secretary of Parliamentary Relations of the Chief of Cabinet, in dialogue with Rivadavia radio. And he added that the gendarmes stopped the truck because “they were carrying flags.”

The incident happened days ago, when the Gendarmerie stopped a pickup truck that was driving through Pilar last Saturday with sticks of reeds coming out of the windows. The three occupants of the vehicle, between 20 and 30 years old, showed their identifications, agreed to show the interior of the Renault and there they saw the bag with the money divided into envelopes.

“They made the pertinent investigations with the Campana court and after two hours they corroborated what the boys were saying. The boys were telling the truth, they made a record and it is recorded in the record made by the Gendarmería and the Campana court that there was no illicit“Navarro pointed out.

The political leader of the group and official with an office in Casa Rosada remarked that the money was not of spurious origin and argued that it comes from “voluntary contributions” made by its members and mandatory in the case of those who have positions.

Fernando “Chino” Navarro remarked that “it is not black silver” and that it was “banked funds”. Photo: Federico Imas.

Total, there were about 33 sealed envelopes, almost all with registrations with the corresponding amounts, coming from “bank contributions”, as explained by Navarro.

“The fact causes us anger. One may not believe and suspect corruption. I’m not going to be offended. I would also suspect, but that which is Kirchnerism I have a dissidence, “said Navarro.

And he targeted the opposition. “When an opponent travels to a province, he does not ask who pays for the plane,” he said, referring to the private or business planes used by many politicians, both opposition and official, especially during the electoral campaign.

After the intervention of the Gendarmería troops, together with the prosecutor’s office on duty, all the information was sent to Adrián González Charvay, Campana federal judge, who left a record in the proceedings and did not open any cause.

“We have to review the form, we have to be better, we will learn. We will do it by transfer for the record, we are not going to pay more like this because we have problems, they could even have robbed us, “reflected the leader of Evita regarding the payment to the drivers who transport the militants.

On Saturday, militants and leaders of the Evita Movement and other popular movements went to the Basilica of Luján to celebrate the 8 years of Francisco’s pontificate.

There, Bishop Eduardo Scheining, from the Luján-Mercedes diocese, spoke to close the day, which was closely followed by Navarro himself, Héctor Daer; the mayor of Moreno, Mariel Fernández, and Esteban “El Gringo” Castro, from the UTEP, among other references.

But the episode had already occurred earlier and put the leaders on alert, according to Navarro it generated “anger” and returned to expose a heated debate in the middle of an electoral year: the financing of politics.

“When we go to an act we will take more precautions to avoid these situations“concluded the” Chino “Navarro.