“It is important for us to play aggressively at home” 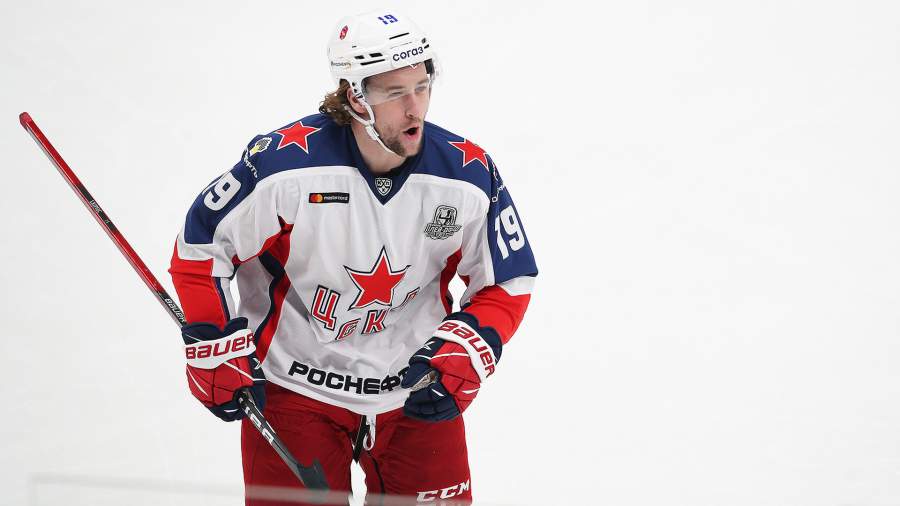 On Sunday at 18:00, the main series of the hockey season – the Gagarin Cup final – starts at the CSKA-Arena in Moscow. As in the previous decisive meeting in 2019, the main trophy of the KHL will be played by the Moscow army team and Avangard Omsk.

Igor Nikitin’s team stalled a bit in the Western Conference final series with SKA St. Petersburg. With the score 3: 0, she lost two matches in a row, but eventually moved on. One of the heroes of the decisive sixth game was the striker of the red and blue Brendan Lipsik, who intercepted a pass from SKA goalkeeper Magnus Hellberg and gave an accurate pass to Maxim Shalunov, whose goal brought CSKA to the final. This is the Canadian striker’s first season in the KHL.

In an interview with Izvestia, he told who would be rooting for him in the final and promised that the team would do its best to win the second Gagarin Cup in a row.

Will this be the most important playoff streak of your career?

– Yes, I think so. I’ve played some important games in the AHL, but I really have the most important streak of my life ahead of me.

– Will your friends and family come to cheer for you?

– All my friends and family are watching me from home, on TV. Due to covid restrictions, they cannot be here with me.

– What happened to your team in the fourth and fifth matches against SKA?

– They played great and made fewer mistakes. We understood that it would be a long series, hardly anyone expected that we would win dry. But after the score became 3: 0, we relaxed a little humanly, and things did not go according to our scenario. But we pulled ourselves together and took the sixth game.

Will the home ice advantage matter? In the final of the East all seven matches were won by the guests.

– We played well in the regular season to earn the advantage of our ice. I hope we will be able to use this trump card. Avangard has proven that sometimes home playground doesn’t matter much, so let’s be ready. We need a very good start. Omsk has won all four away games, and its players are confident in their away games. It’s important for us to play aggressively at home.

– How do you play with Mario Kempé and Anton Slepyshev?

– It was great to play with them, but, perhaps, we did not create so many chances in attack, we would like so much. I am sure that our team will be able to show a good game in the final series.

– What will you say to the fans before the main series of the season?

– We will play responsibly and work hard in every shift. I promise we will give everything we have and leave all our strength on the ice to please them and win the championship.

Keys to take the best photos with your cell phone