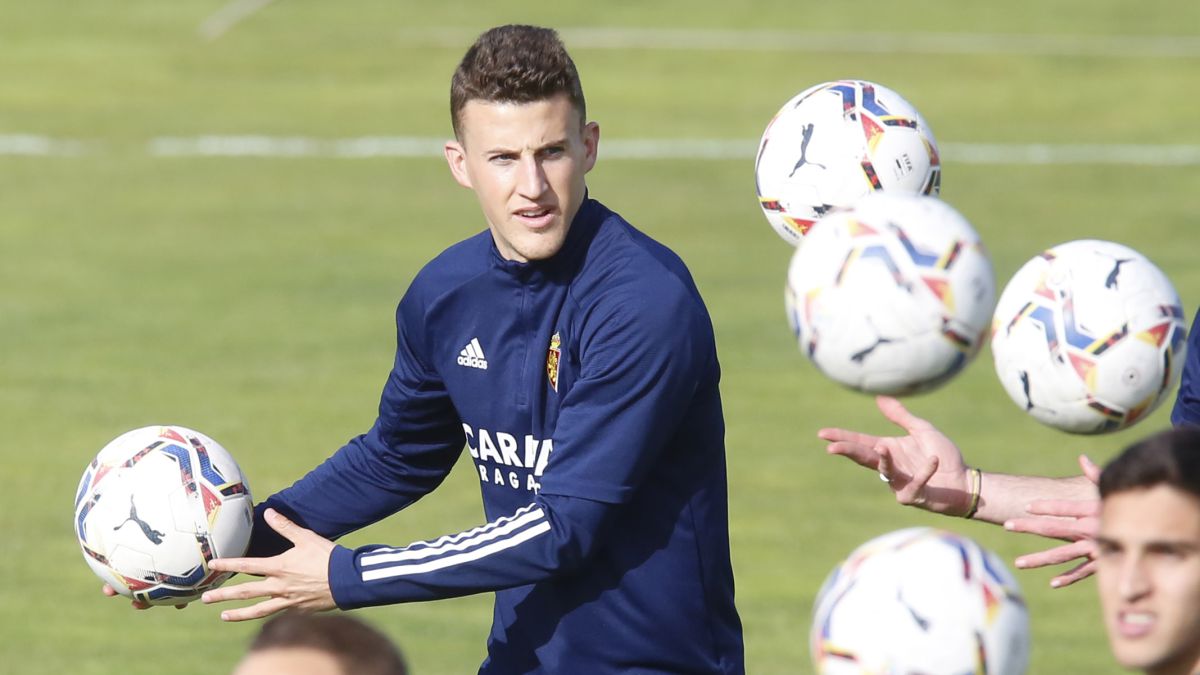 Carlos Nieto is proud to have completed a hundred games with the Real Zaragoza first team: “I strive for this shirt and to wear it many more games.” The youth squad has also referred to this Saturday’s duel against Espanyol: “I don’t understand any other way to go to a match than to win it. And if the draw is worth them, I’m sorry, since we need to add three and that’s what we’re going to go for ”.

—Last Friday he completed a hundred games with the first team. What do you feel?

—It’s a pride after so many years in the quarry. In the end, you know the effort it takes to get here and then stay. Who was going to tell me when I started at 18 years old. The truth is that I have felt privileged in each game and I strive for this shirt and for wearing it many more.

“What do you remember of your debut?” And what is your first memory of Real Zaragoza?

—As a fan, in the stands, I have had very good moments. I remember Madrid 6-1 at La Romareda and at night so we all want to live again, that in the end they create in a child the illusion of playing here. Regarding my debut, I remember it with great enthusiasm, even with excess of enthusiasm for the youth of an 18-year-old boy and that lack of maturity that I have now taken and that is what has led me to play a hundred games.

—How do you value the point obtained in Lugo?

—It has two analyzes, the first of them for the course of the game. You saw how we celebrated it because the defeat was practically consummated and that goal was very good for us to add and that the rival, who is involved in the descent, did not achieve three points. On the other hand, in a more general perspective, we were obviously looking for a victory. I think we could have achieved it, but we had some errors, which is what we must correct because the teams at the bottom are adding up and we need victories as soon as possible to get out of there and be calmer at the end of the season.

– Espanyol is worth a point to achieve promotion. Do you settle for a draw or do you only think about victory?

—We face the game with the utmost responsibility. I don’t think they are going to come to speculate and I imagine that what they want is to achieve their goal as soon as possible. We must put our need for points before them. I don’t understand any other way to go to a game than to win it. And if the draw is worth them, I am sorry, since we need to add three and that is what we are going to go for. From there we know the difficulty and strengths that this team has, but we will try to get our own and play a very serious game to achieve a good result.

—Raúl de Tomás, Puado, Embarba… We will have to be very attentive and not make mistakes, right?

—In this category, players like that are very important and in the end I think that’s what has put them in the situation they live in right now. That is countered with seriousness and a good defensive work from the whole team. You have to control these players, since although Espanyol does not have its day, many games end up deciding them.

The Oscars 2021: Who is Carey Mulligan, actress of A promising young woman?

Check the result of the draw for the Primitiva today, Thursday, April 29, 2021