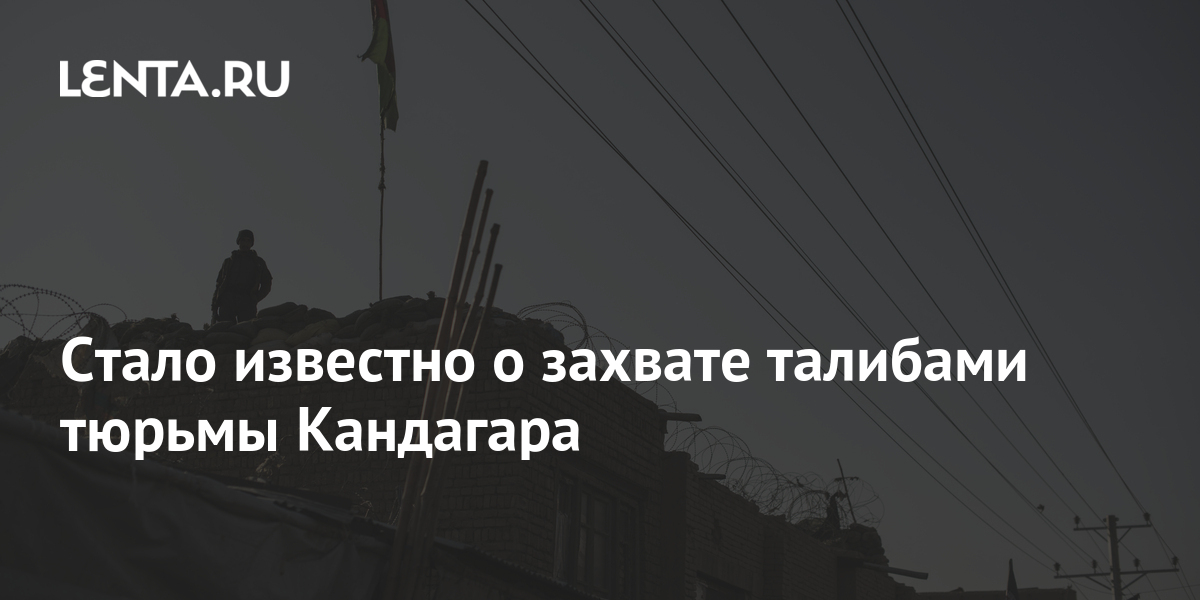 The Taliban (terrorist organization banned in Russia) seized a prison in the city of Kandahar and released hundreds of prisoners. Government forces are retreating from the city, according to eyewitnesses in Twitter, there was no official confirmation at the time of publication.

One of the eyewitnesses said that the city “is on the verge of falling into the hands of the Taliban.” Another captured a military column going through the city, explaining that government troops are leaving Kandahar.

Earlier on August 11, it was reported that the Afghan city of Faizabad, which had come under the control of the Taliban, was surrendered by government forces without a fight. Over the past day, the jihadists took four significant cities, over the past week – nine cities.