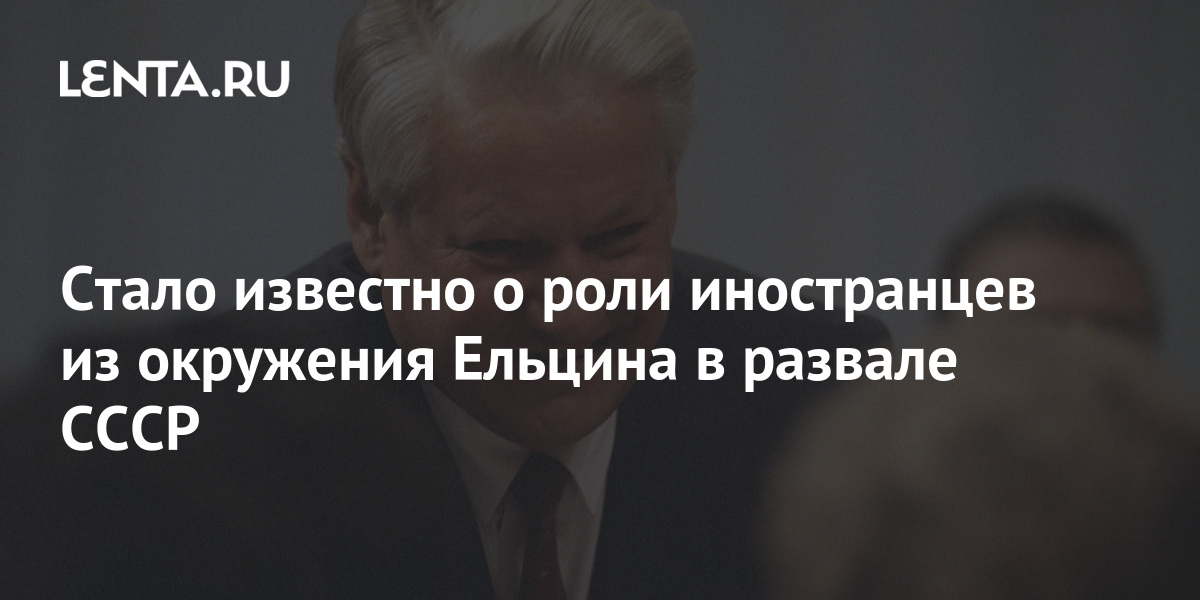 An unknown person with a foreign accent from the circle of the President of the RSFSR Boris Yeltsin gave him advice on appointments to top positions in the state shortly before the collapse of the USSR. Former vice-president of Russia Alexander Rutskoy told about it in an interview to “Lente.ru”.

“I happened to witness an impartial conversation. I have never seen this man anywhere else. Solid, to match Yeltsin, tall. And he says to Yeltsin: “Well, Boris Nikolayevich, Rutskoi has fulfilled his function, you won the elections, you won the State Emergency Committee, and you need to think about how to relieve him of his post of vice president,” Rutskoi said.

According to him, Yeltsin replied that he would think about it. The interlocutor of “Lenta.ru” clarified that this case took place about a week and a half after the speech of the State Emergency Committee. Rutskoi also noted that the unknown person had a foreign accent.

On August 18-21, 1991, events took place in the country, which were called the “August putsch”. Officials and state authorities regarded them as a conspiracy, a coup d’etat and an unconstitutional seizure of power. The GKChP that emerged in those days was opposed by the leadership of the RSFSR: President Boris Yeltsin and Vice President Alexander Rutskoi. At their call, thousands of people gathered outside the White House.

In December 1991, the leaders of the RSFSR, the Ukrainian and Byelorussian SSR concluded the Belovezhskaya agreements, after the ratification of which the Soviet Union ceased to exist.