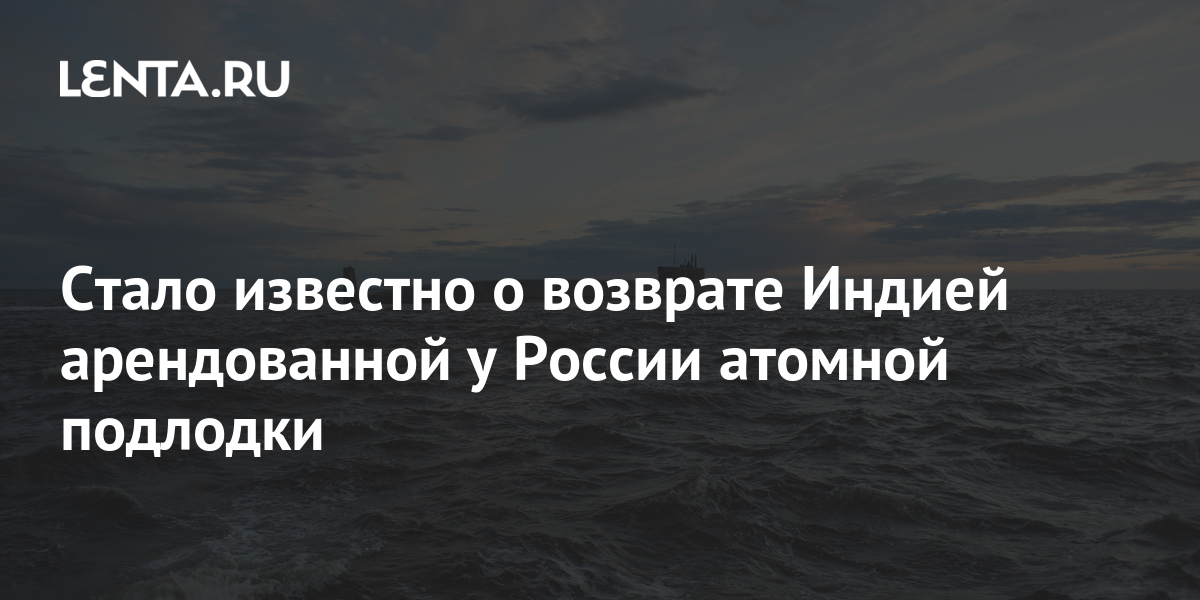 India is returning the nuclear submarine Nerpa leased from Russia. This is reported by The Hindustan Times and the Indian TV channel News Nation, citing sources.

The submarine entered service with India in April 2012 for a period of ten years. It was exploited under the name “Chakra”.

A number of media outlets write that the submarine is returning to Russia due to the imminent expiration of the lease. However, according to the NDTV channel, the Indian side has problems with the maintenance of the vessel.

India has used the submarine to train submarine crews as well as to track the movement of Chinese warships. This is the second submarine leased to New Delhi from Russia. In January 1988, the Republic’s Navy received a lease from the USSR on a Project 670 Skat K-43 multipurpose nuclear submarine.