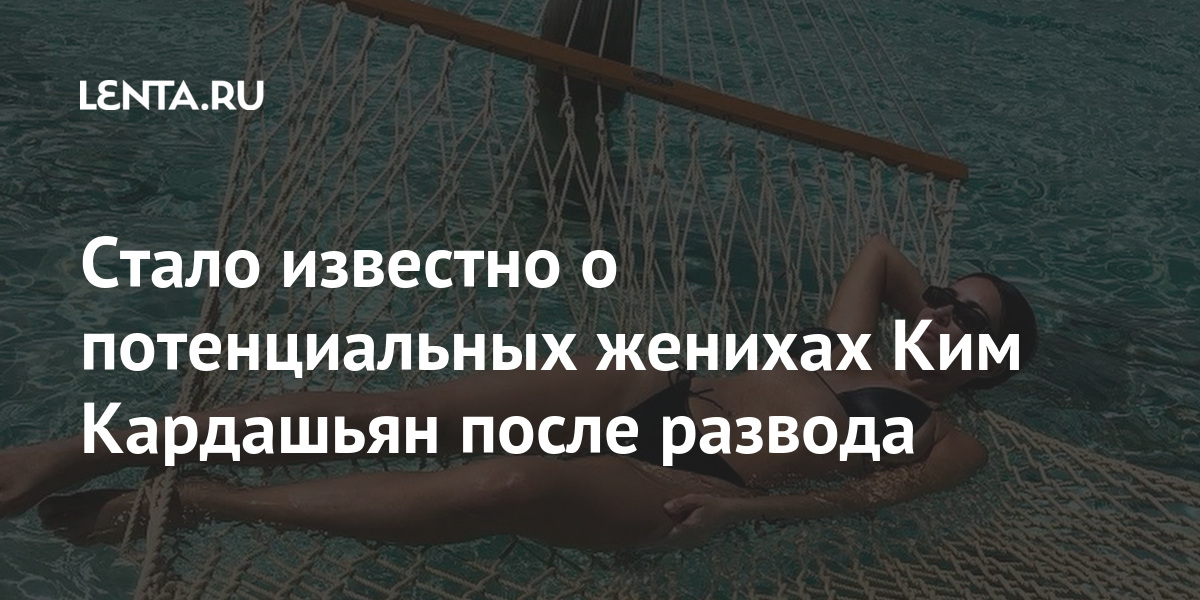 The journalists talked about the potential suitors of the American TV star and entrepreneur Kim Kardashian after her divorce from rapper Kanye West. The relevant material is published by Page Six.

According to the publication, at the moment many men are courting Kardashian, including members of the royal family, famous actors, athletes, as well as billionaire businessmen. According to an anonymous source, potential partners are trying to contact the star through mutual acquaintances and people with whom she once worked.

“Some are writing to Kim in private messages on Instagram!” – said the interlocutor close to her. At the same time, he noted that, despite the large number of date invitations, Kardashian “is not looking for anyone at the moment.”

According to the material, the entrepreneur has no preferences regarding the professional activities of her future lover. The TV star names hard work, a sense of humor and romance as the most important qualities when choosing a partner. “He needs to value family and be supportive,” the source adds.

In February, it became known that the celebrity filed for divorce from rapper Kanye West after seven years of marriage. It is noted that the couple has a prenuptial agreement, which none of them disputes.

Soon, journalists revealed the details of the marriage contract of the married couple. According to the terms, Kardashian will receive six million dollars in compensation – a million for each year spent in marriage. In addition, she plans to become the sole owner of the Bel Air family mansion, as well as keep all the gifts she received from her ex-husband.