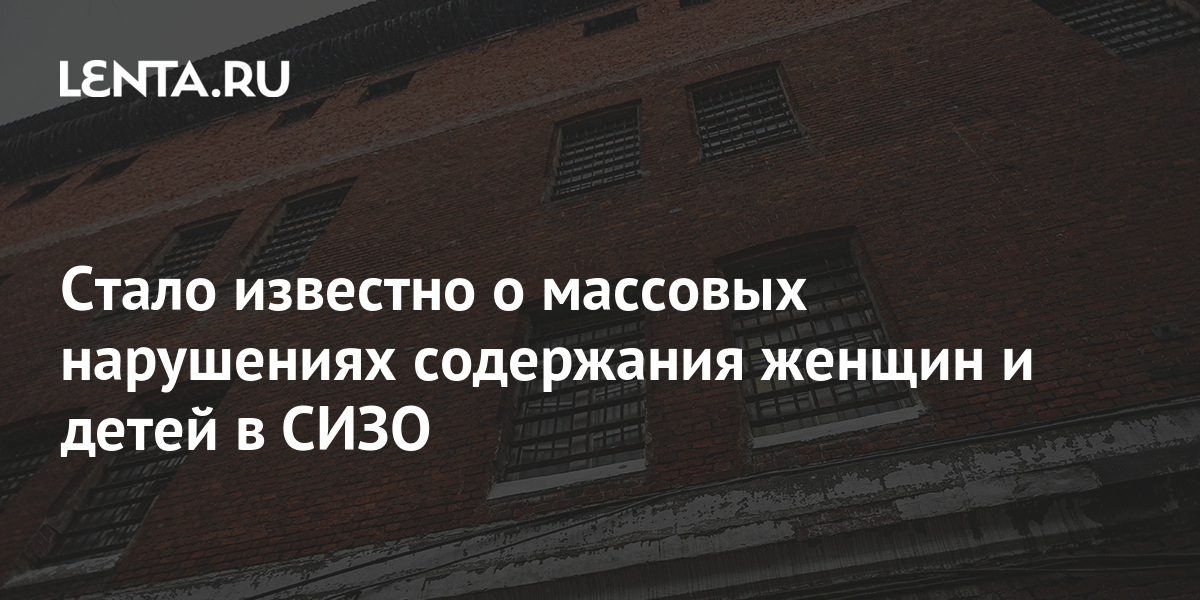 It became known about massive violations of the conditions of detention of women and children in Russian pre-trial detention centers. This was reported by Kommersant.

According to the newspaper, these violations were revealed by the Prosecutor General’s Office of Russia, after which it sent an appeal to the head of the Federal Penitentiary Service of Russia, Alexander Kalashnikov. It turned out that the rules are not being followed in 30 regions.

The most vulnerable areas were educational work with convicts, as well as medical and material support. Requirements for hygiene and fire safety standards are often violated.

It is noted that in some cells, where women and children are kept, there are no refrigerators and televisions, and in the sanitary units there are no places for treating patients or there is no necessary equipment at all. A number of schoolchildren do not have access to distance learning.

Thus, as a result of inspections, the number of violations amounted to about 800.