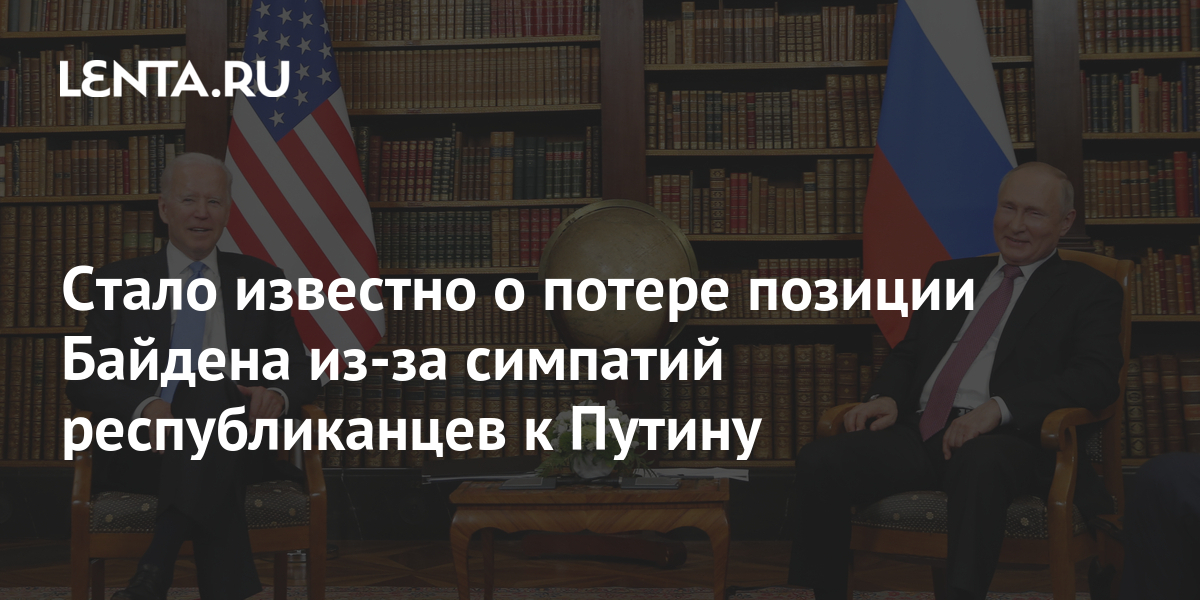 US President Joe Biden is losing his political position among Republicans due to the growing sympathy and trust in Russian leader Vladimir Putin, the American publication Slate said.

It is noted that at one time the Republican Party took a tough stance towards Russia, but in 2016 a course towards improving relations began. By 2017, most of its representatives said that Washington should focus on cooperation with Moscow.

The publication explained that the base for this was created by former US President Donald Trump, and even after he left the White House, changes continue. With a difference of 10-20 percentage points, Republicans are less likely than Democrats to call Russia an enemy and are more often supporters of friendly relations.

“Many Republicans personally trust or admire Putin. According to two polls this week by Morning Consult for Politico and YouGov for The Economist, among Republicans, the final popularity rating for Putin is higher than that of Baden, with a margin of 16 and 22 percentage points, respectively.

It is noted that such an attitude weakens the position of Biden, it is expected that the Republican Party for the most part will not support threats to impose sanctions or use force.

Earlier, the United States saw a danger in the political course of the country’s President Joe Biden to contain Russia. This opinion was expressed by American national security experts interviewed by Fox News. Politicians and experts were unhappy with Biden’s decision, which provided Russian leader Vladimir Putin with a list of 16 sectors of the economy that should not be subject to cyberattacks.