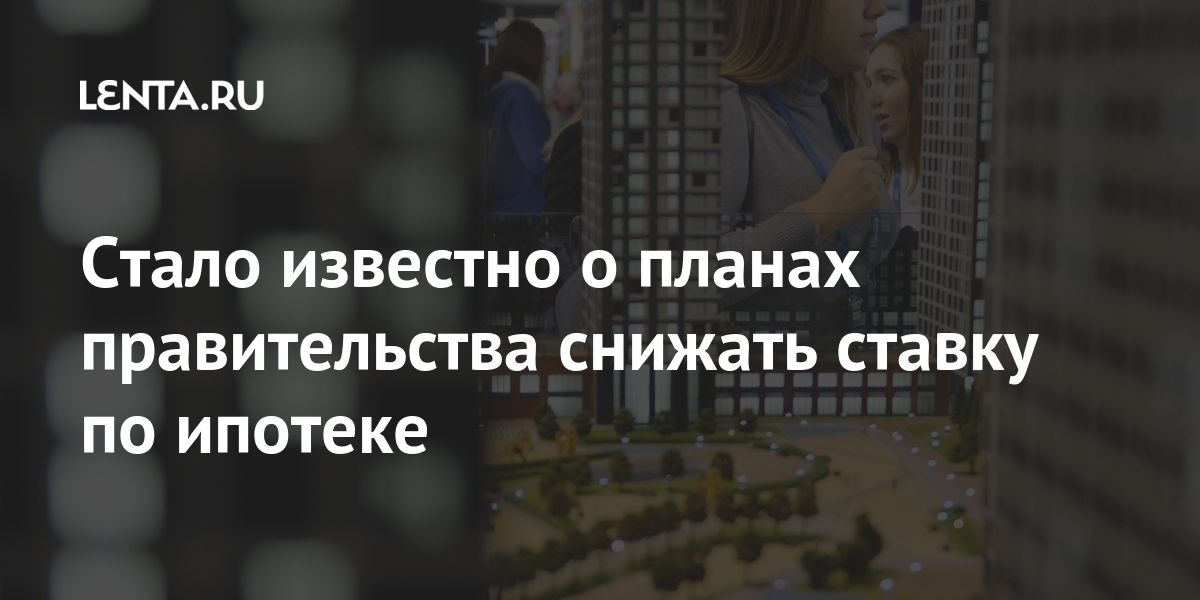 The government plans to cut the average mortgage rate to make home loans even more affordable. This was reported by the Izvestia newspaper with reference to two sources close to the Cabinet of Ministers.

Thus, maintaining the average rate on housing loans in Russia at 6.9 percent per annum until 2030 may become a key goal of the Housing and Urban Environment national project. This is 1 percentage point less than originally planned. This option was considered at a meeting with Deputy Prime Minister Marat Khusnullin, but the decision has not yet been made.

In Russia, until December 2030, it is planned to implement the national project “Housing and Urban Environment”. Its budget is about a trillion rubles. The project is designed to help Russians improve their living conditions, make the construction industry modern, and make cities beautiful and comfortable, saving them from dilapidated houses.

It is assumed that as a result of the project, Russians will also be able to take out housing on a mortgage at a rate of less than 8 percent, and it will be safe to buy buildings under construction on credit. In addition, it is planned that more than 530 thousand people will be relocated from old houses, and almost a third of Russians will participate in solving issues of developing the urban environment.

What did they vote in the party bastions