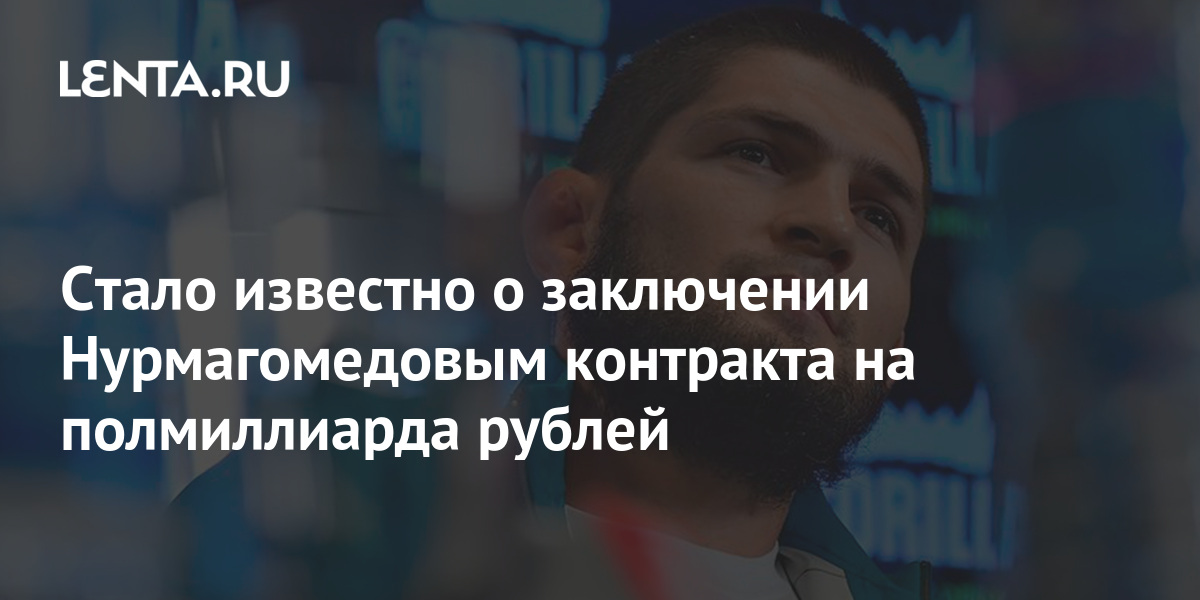 As it became known to the source, the athlete will sign an agreement with one of the producers of energy drinks. The amount of the long-term contract will be $ 7 million (over half a billion rubles). As it became known, it also includes the earnings of Nurmagomedov’s team.

On August 13, the Makhachkala club Legion-Dynamo, playing in the second division of the National Football League (FNL), announced the signing of a contract with Nurmagomedov. In what capacity the athlete will join the team is still unknown.

Khabib Nurmagomedov is known for his performances in the Absolute Fighting Championship (UFC). He was the champion of the organization in lightweight, in MMA he had 29 fights in which he did not suffer a single defeat.