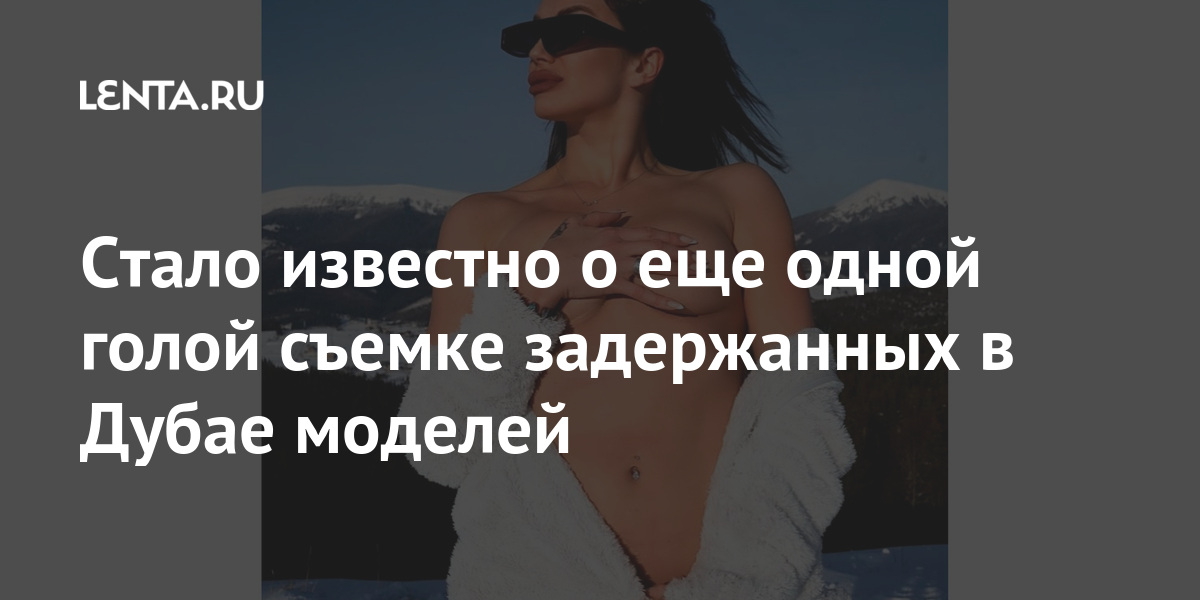 Models, who were filmed naked on the balcony of a hotel in Dubai, already took part in a similar photo shoot a month and a half ago. Reported by The Sun.

According to the newspaper, 12 of 40 models detained in the Arab country posed in revealing outfits in the Ukrainian ski resort of Bukovel. Then the girls were captured on the slope of the mountains, as well as in a heated pool. Some of the participants in the shooting were dressed in hare costumes, others were photographed in their underwear and naked.

It is noted that the organizer of the party and photo session in Ukraine was the financier and gallery owner Vitaly Grechin, the event itself was held in honor of his 41st birthday.

Earlier in April, it was reported that Grechin arranged a shoot, during which models were filmed naked on a balcony at the Dubai Marina Hotel in the UAE. The shots angered the public, and on the same day the girls were detained by the police. Among them were citizens of Ukraine, Moldova and Belarus.

It soon became known that the Dubai Prosecutor’s Office decided to deport the detained models. The girls faced up to six months in prison and a fine of five thousand dirhams (about 105 thousand rubles) for violating the laws of the UAE on decency.

Relief for drivers in the Pere Garau neighborhood of Palma