It became known about another dossier with incriminating evidence on Trump 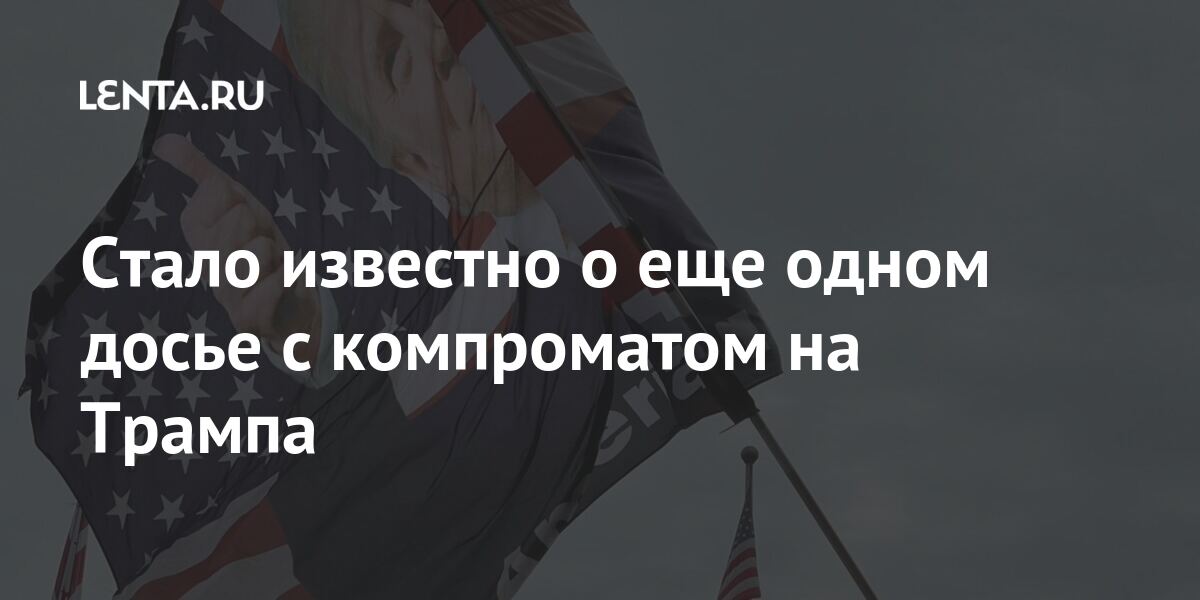 The media became aware of another dossier on former US President Donald Trump, drawn up by the author of the report on Trump’s ties with Russia and former British intelligence officer Christopher Steele. This was reported by The Telegraph newspaper, citing sources.

According to the publication, the compromising report was prepared during Trump’s presidential term. It is believed that it allegedly contained information about Russian interference in the US elections, as well as reports of sexual exploitation. The dossier was handed over to the FBI.

In October 2020, The Wall Street Journal reported that a Russian official was the source of accusations against Trump of collusion with Moscow. The media wrote that we are talking about a native of Perm, Olga Galkina, who in the past held the post of vice mayor of Saratov and head of the press service of the governor of the Saratov region. Galkina herself called this information untrue.

The main source of the dossier, according to the American media, was a native of the USSR, analyst Igor Danchenko. According to The Wall Street Journal, it was Galkina who supplied him with information when she worked in Cyprus in 2016.

In April 2019, US Special Attorney Robert Mueller published a report on Russian interference in the 2016 presidential election, which was won by Donald Trump. It says that Moscow did interfere in the American electoral process, but suspicions about the connection between the Russian side and Trump could not be confirmed. Later, a federal court in Washington ruled that the connection of the “troll factory” with the Kremlin was also not proven.

“A Thousand Titles” discusses the future of the creative industry

Corona in Germany: Hundreds of corona tests burn in the event of an accident