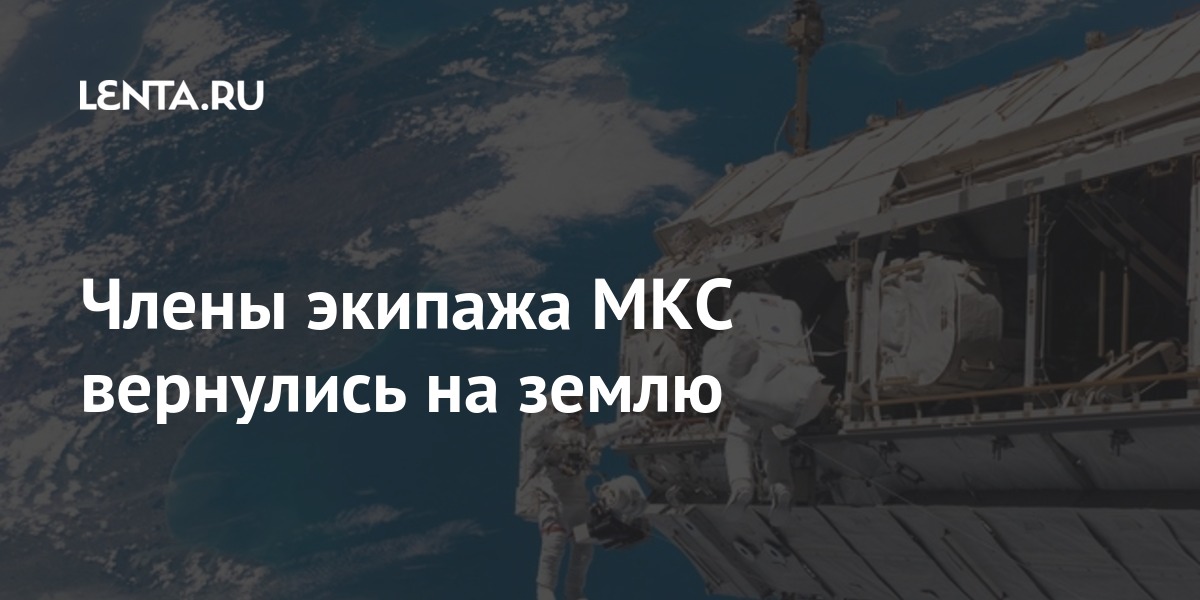 Three crew members of the International Space Station (ISS) returned to earth in the descent vehicle of the Soyuz MS-17 manned spacecraft. The descent was broadcast on website “Roskosmos”.

The astronauts landed in the Kazakh steppe southeast of the city of Zhezkazgan. Among the cosmonauts who arrived are the Russians Sergei Ryzhikov and Sergei Kud-Sverchkov, as well as the American Kathleen Rubins.

In December, a hole formed in the ISS hull. An air leak in the Russian module at the station was discovered in September. Then, in March, the Russian module Zvezda recorded a continuation of the air leak after filling two cracks. In 11 and a half hours, the pressure in the chamber dropped by 52 millimeters.

On March 10, it was reported that a new crack was found on the ISS. Cosmonaut Ryzhikov applied a second coat of sealant to it. At the same time, it was located near the pipeline of the thermal regime.