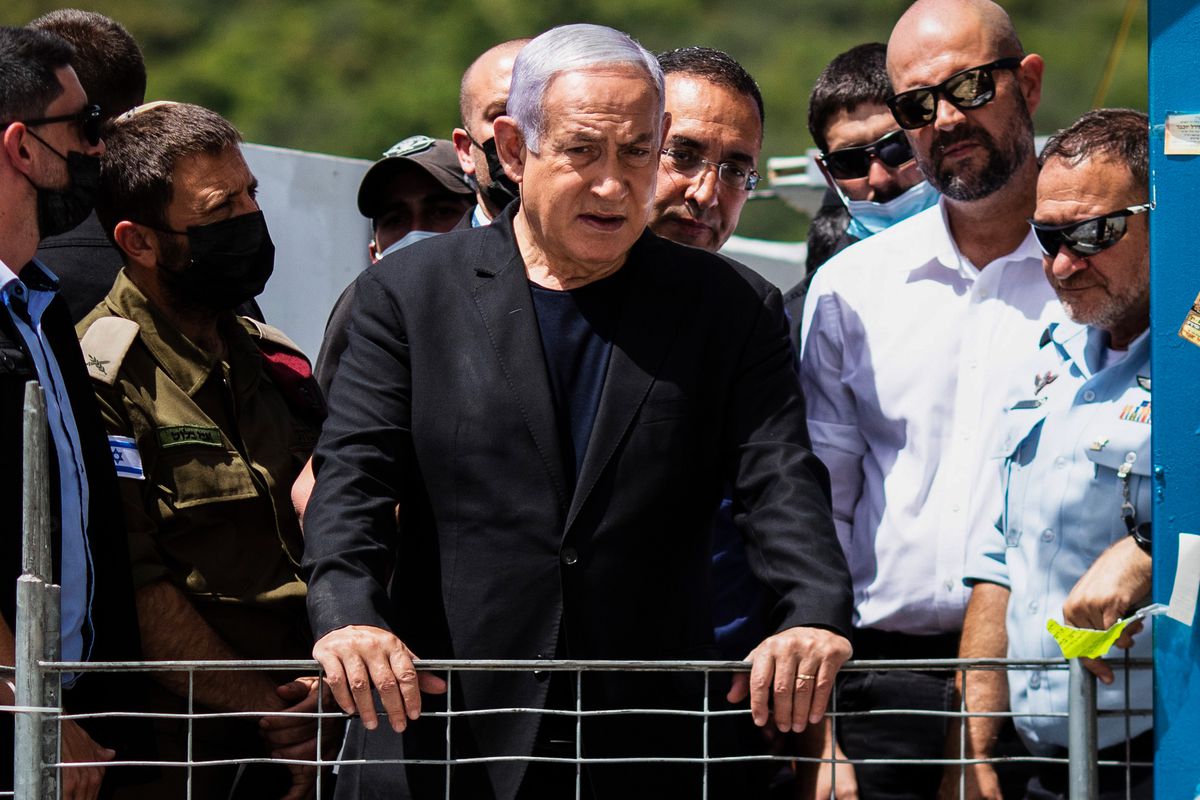 Prime Minister Benjamin Netanyahu – 71 years old, 15 of them at the helm of power in Israel – failed at midnight on Tuesday in his fourth attempt to form a government since 2019. After the legal deadline expired, the political blockade installed in the institutions In spite of the successive electoral repetitions, it truncated its purpose. The president of the Israeli state, the also conservative Reuven Rivlin, will now have three days to designate another parliamentarian who aspires to form a government coalition with a majority. The opposition leader, the centrist Yair Lapid, is emerging as the candidate with the most options. In recent weeks he has undertaken rounds of negotiations with the parties of the so-called Block of Change to prepare to take over if the head of state decides to pass the baton on to him.

“The time has come for a new government of change,” said Lapid on Tuesday, a 57-year-old former minister who jumped into politics in 2013 from the popularity platform of television. He promoted from the Government (between 2013 and 2015) legal reforms in favor of secularism that made him the great rival of the ultra-religious. His broad-coalition executive bid, focused on managing the economic crisis resulting from the pandemic, may be backed by an absolute majority held by up to eight of the 12 Knesset parties (120-seat parliament).

After more than two years of political lockdown and four consecutive legislative elections without conclusive results, Netanyahu had drifted into a new call to the polls in the fall. But the political class and Israeli society this time do not seem willing to allow the electoral loop to last forever. “Netanyahu is running out of rabbits in his hat,” he highlighted from his column in the newspaper Maariv political analyst Ben Caspit.

The prime minister who has governed the longest in the history of Israel has tried everything to remain shielded from power against the corruption trial that is taking place against him in Jerusalem. He yielded the first shift as chief executive — in an eventual coalition pact with rotation — to some of his main rivals from the center-right; He has encouraged a small Islamist party with promises – one in five Israeli citizens is Arab of Palestinian origin – to invest him in the Knesset, and has even tried to change the rules of the electoral game at the last moment, with a proposal to law unsuccessfully presented to the House on Tuesday afternoon, so that the head of government is elected directly by the voters and not by Parliament.

Despite the fact that his party, Likud, was the most voted (30 seats) in the March 23 elections, the bloc with two political formations from the Jewish ultra-Orthodox community (16 seats) and another from the religious far right (six), it only adds 52 deputies. And the vote of 61 of the 120 deputies of the Knesset is inexorably required for the investiture.

Other forces on the right, such as Yamina’s religious nationalists (seven seats), led by former Minister Naftali Bennett, 49, also do not guarantee him a majority. Bennett has also been negotiating with Lapid an eventual pact to remove Netanyahu from power and alternate at the head of the Cabinet, in order to avoid the calling of the fifth elections.

President Rivlin seems inclined to entrust Lapid with the task of forming a government, according to what the Hebrew press advances in the early hours of Wednesday (shortly before midnight in mainland Spain), despite the fact that his centrist party, Yesh Atid, the second most voted in the last elections, it only has 17 seats. For this, he would have a maximum period of four weeks before Rivlin had to finally hand over the mission to Parliament itself, which would have to negotiate a way out of the political blockade for another three weeks. If this last period is exhausted without tangible results, the basic Israeli laws provide for the automatic call of new legislative elections.

The Bloc por el Cambio led by Lapid hopes to bring together two conservative parties (supporters of the settlements in the West Bank); two centrist forces colliding with each other; the historic Labor Party (today in low hours), the pacifist left facing the Jewish settlers, and four Arab parties, now divided into two currents.

Over and above irreconcilable programmatic differences and the well-known demands of ministerial portfolios and senior officials, they seem to agree on a lowest common denominator: removing Netanyahu from power. The political analyst of the public radio station KAN, Yoav Karkovsky, predicted before his audience, according to the Reuters transcript, that Israel “has a 40% probability of having a new government and a 60% chance of moving towards other elections”.

From ceremonial figure to decisive referee

The president of Israel is a ceremonial figure who, in the face of the political blockade, acquires decisive arbitration powers. When his term is about to expire, Reuven Rivlin, 81, is about to make a decision that could turn a major shift in Israeli politics. The prime minister’s last-minute maneuvers have raised a smokescreen through which this veteran politician must discern with his decades-long experience as a minister and parliamentarian.

Guardiola is on the verge of an achievement with "City", which he failed to do in Barcelona