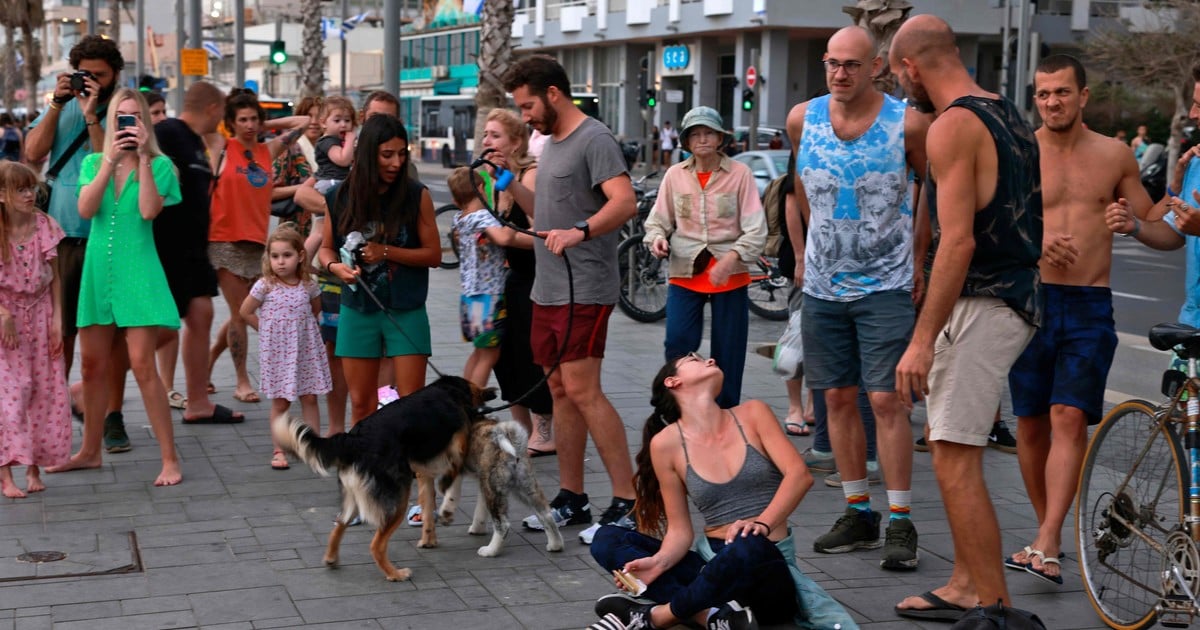 Israel signed an agreement to buy millions of additional doses of vaccinea against the coronavirus by 2022, Prime Minister Benjamin Netanyahu and Health Minister Yuli Edelstein announced as reported by sources The Jerusalem Post.

In addition, Israel and Pfizer agreed on the option to purchase millions of additional doses if necessary. Vaccines purchased and signed they will adapt to resist variations.

The signed agreement should ensure that Israel can continue to manage the coronavirus pandemic until at least the end of 2022, According to the announcement.

“In the last few days, I have spoken again with my friends, the CEOs of Pfizer and Moderna,” Prime Minister Benjamin Netanyahu said in a video message. “There were some obstacles in Israel that we had to overcomer, and we found a way to overcome them.

On the coast of Tel Aviv, without chinstraps. AFP photo

“If there are no surprises in the form of coronavirus variants that vaccines do not overcome, then we have signed on to purchase millions of additional vaccines with Pfizer.”

He said he also hopes to have an extended contract with Moderna in the near future.

Since december, almost five million Israelis (53% of the population) received the two doses of the vaccine, that is, 80% of the population over 20 years of age, according to official data from the country, in which some 836,000 cases of covid-19 and more than 6,300 deaths were reported.

In January, Israel recorded a peak of 10,000 daily cases despite the vaccination campaign, since the effects of the immunizer do not begin to be felt until a few weeks after the injection. From that moment, the curve began to bend, so the authorities allowed the reopening of bars, restaurants and cafes in early March.

In the last days, the country it has only registered about 200 daily cases.

The vaccination – one of the fastest in the world – greatly reduced infections, deaths and hospitalized in serious condition.

It also led to a gradual reopening that has culminated with the return to an almost complete normality in the streets of the country.

Israelis are no longer subject to heavy restrictions, and yesterday the outdoor masks could be removed after a year of mandatory use to contain the pandemic. However, these are still required indoors, and Health recommends taking them also in large meetings or crowded areas outdoors.

Within the transport it is mandatory to use it but outside, outdoors, no longer.

Eliana Gamulka, blonde and blue-eyed, gets off the bus and he ties his yellow mask to his right wrist. A simple gesture but one that had been illegal for a year.

“On the bus I wore the mask, most of the people wore it, and then I took it off […] I’m relieved, we can live again, “says Eliana, a 26-year-old project manager, happy that the measure came into effect two weeks before her wedding. “We can all celebrate it without a mask and the photos will be beautiful!”

The bad part, Eliana jokes, is that “you can no longer pretend that you don’t know someone on the street.”

Other passengers, on the other hand, they prefer to keep the mask on worn when leaving the bus, or they leave it at chin level so they can quickly put it on when entering a store. Ester Malka, “used” to wearing a mask, prefers to wait before taking it off in the middle of the street.

“I’m still scared… We’ll see what happens when everyone has removed their mask. If I see that everything is going well in a month or two, then I will take it off, “explains the office worker.

The country was able to take this step, on Thursday night, thanks to an intense vaccination campaign, facilitated by an agreement signed between the state and the pharmaceutical giant Pfizer.

In exchange for quick access to millions of doses of the vaccine, Israel provided Pfizer with real data on the effect of vaccination. In Israel, the medical data of the population is digitized.

5 minutes with … – Jonathan Bock: “There is a lot of concern about Internet access during the protests”

Putin will make Tchaikovsky an Olympian