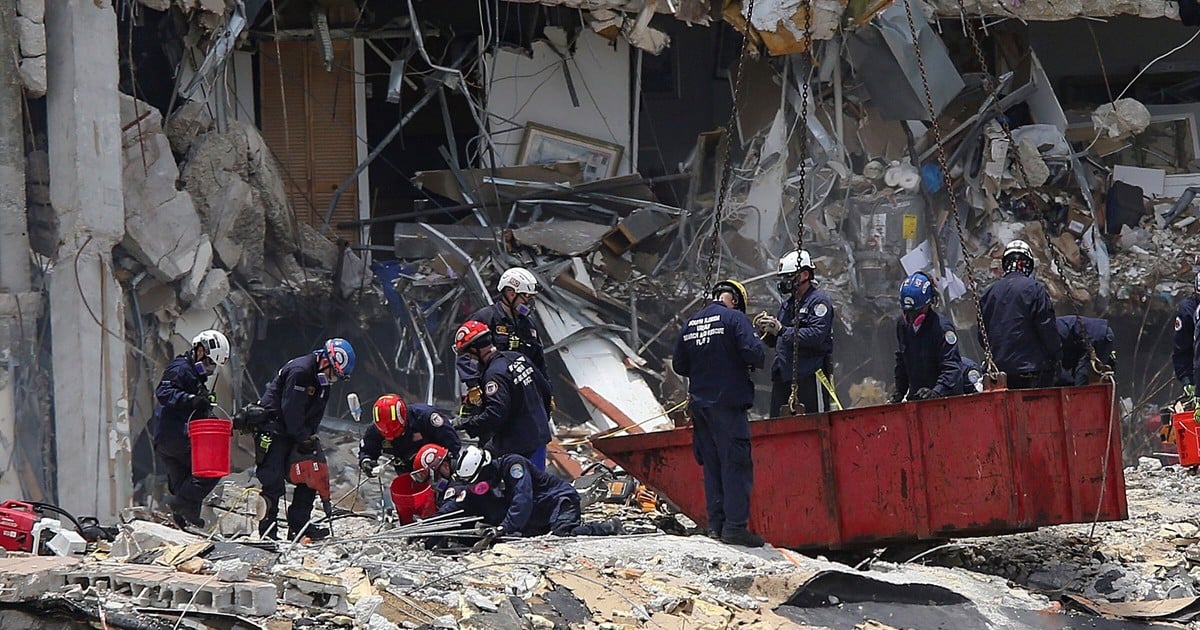 The Israeli government sent a delegation of rescuers to Miami to help search for survivors in the rubble of the collapsed Champlain Towers building in Surfside.

The group is made up of the best engineering experts and rescuers, a field where Israel has great experience.

According to the Israeli Ministry of Foreign Affairs, “the mission of the delegation is assist in life-saving efforts by mapping the site of destruction, helping the Jewish community to identify victims and survivors, and supporting local rescue forces in general ”.

The staff of the Consulate General of Israel in Miami and the Consul General, Maor Elbaz-Starinsky, maintained a permanent presence in the disaster area, as the neighborhood has an important Jewish community.

The search for possible survivors of the collapse entered a crucial phase this Saturday, when three days of a tragedy with so far only four confirmed dead and 159 missing persons.

Rescue work is in the most difficult stage. (AFP)

As reported today, a fire detected inside the mountain of concrete rubble is hampering the search for survivors.

“The fire does not stop, it is located far down the back of the building, It is very difficult to continue in some parts because of the smoke, “Miami-Dade County Mayor Daniella Levine Cava explained at a press conference.

Extinguishing the fire is done with infrared equipment, foam and water, and a trench has been created in the middle of the rubble mountain to isolate the smoke and fire, he explained.

In total, 55 of the 136 apartments in the Champlain Towers building collapsed due to unknown causes.