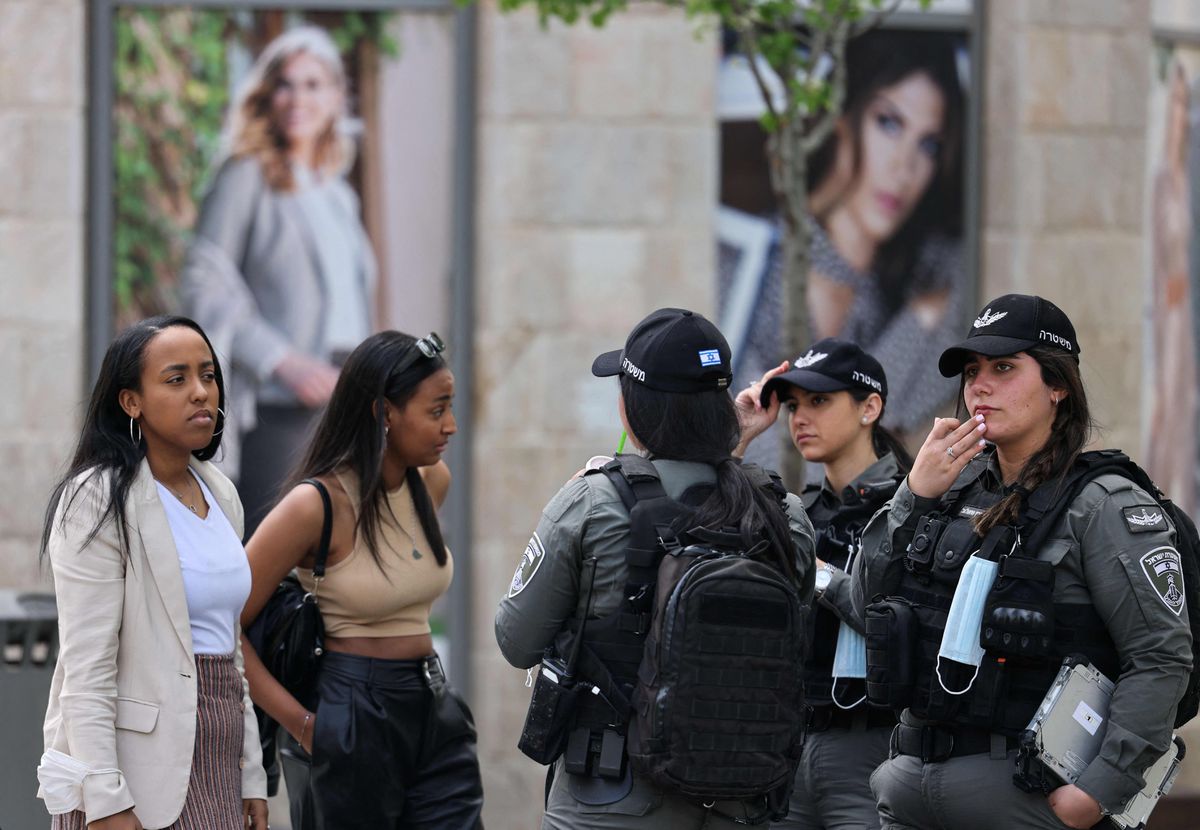 A year after their mandatory use was imposed, Israelis have begun cautiously removing their masks outdoors. With more than half of the population fully vaccinated, the Government has exempted from the obligation as of this Sunday, although its use will continue to be required in closed spaces. “Nobody enters this store without protection,” explained Lior, an employee at an optician in the center of Jerusalem, covered with a black cloth mask at the entrance of the premises. “Official data confirm that infections have been greatly reduced,” he acknowledged, “but we still do not know if a new variant of the coronavirus can affect us.”

Israel returns to life before the pandemic, at least from outside. The abolition of the mandatory nature of masks coincides with the lifting of the last restrictions in the educational system: the return to class of all primary school students and the elimination of bubble groups and split classrooms. The challenge now facing health authorities is to ensure that citizens continue to observe the rules of physical distance and protection in closed spaces. “We all have to carry a mask in our pocket to use it when necessary,” warned the national coordinator against the pandemic, doctor Nachman Ash.

The vaccination certificate or green pass is the main tool available to those responsible for public health. This digital safe-conduct allows those immunized to access hotels, sports facilities, cultural auditoriums or inside bars, restaurants and nightclubs. And travel without having to undergo quarantine to countries such as Greece or Cyprus, which have signed the first bilateral tourism agreements, with the condition of presenting a negative PCR test upon arrival at destination.

54% of the Israeli population (9.3 million) have received the two Pzifer-BioNtech injections, the only one that has been administered in the Jewish state. And about 10% have overcome covid-19 and are immunized. If one takes into account that another 30% (those under 16 years of age) cannot yet be vaccinated, in fact almost 85% of citizens and residents who are likely to receive the inoculation are already protected.

The Weizmann Institute biologist Eran Segal, who analyzes the evolution of the pandemic in Israel in a computerized key, has found that since the peak of the third wave, registered in mid-January, the number of patients who have tested positive for covid detection has been reduced by 98%. The Ministry of Health recorded 82 cases on Saturday, with a positivity rate that has been below 1% since the beginning of April.

“Today I feel free,” said Sarah, 25, sitting on a bench in Jerusalem’s Ben Yehuda Street, a central pedestrian area. “I feel that things are getting better,” described her feelings this employee of a tourist apartment rental portal. “We have an occupancy of 70%, with local travelers, but we will not recover until foreign visitors can come,” he added, expressing the general concern of the tourism sector after more than a year of border closures due to covid-19 . As of May 23, Israel is expected to begin accepting limited groups of tourists who can prove their vaccination and provide negative evidence of infection prior to travel and arrival.

While in Israel people are already driving on the streets without a mask, in the Gaza Strip and the West Bank (5.2 million inhabitants), infections have skyrocketed. Around 40,000 people have been vaccinated on the coastal strip. Another 110,000 in the West Bank, not counting a similar number of Palestinian workers who have been inoculated by Israeli health. As isolated communities, infections in Palestine have not been affected by new variants of the coronavirus against which the efficacy of Pfizer’s vaccine has yet to be determined.

On the beaches and on the terraces of Tel Aviv’s restaurants, Israelis fought over every inch of sand and the last available tables on Saturday. Only those in charge of renting umbrellas and waiters wore masks hours before the abolition of their mandatory use came into force. Israel has celebrated with a long holiday bridge the 73rd anniversary of its declaration of independence, proclaimed months after the partition of Palestine approved by the UN General Assembly.

The youngest walked without a mask, or tucked under the chin, down the street of Jaffa, the axis of colonial Jerusalem under the British Mandate (1918-1948) of historic Palestine. In general, older people had covered noses and mouths. This was the case of David, 70, who was sunbathing on an almost summer day at the door of his flower shop. “I do not trust. It’s not safe yet, ”he argued. “We are still awaiting the threat of other strains of the virus,” he warned.

Experts are beginning to wonder if the so-called herd immunity has already been achieved in the Jewish state, but they are also wondering about the validity of the vaccine’s effectiveness, which Pfizer guarantees to 91% during the first six months. The continuous decline in the rate of infections despite the lifting of restrictions – in all age groups, including unvaccinated minors – and the reopening of the economy suggest that Israel is already experiencing a new normal, very similar to the prior to the pandemic.