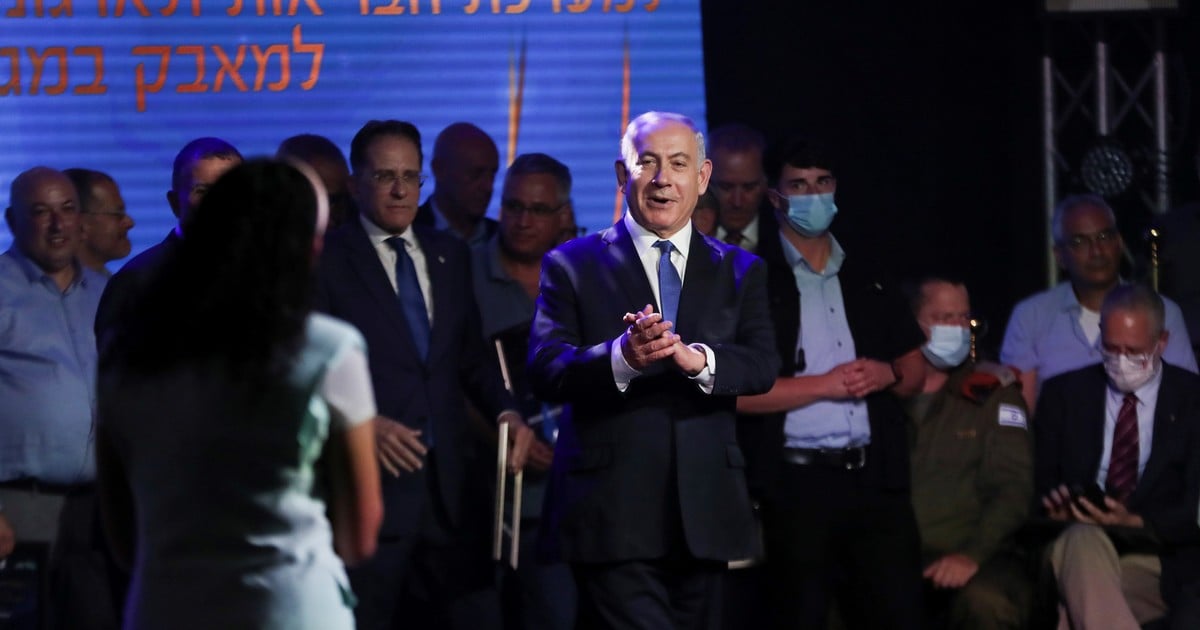 The acting Prime Minister of Israel, Benjamin Netanyahu, said they will “swiftly overthrow” the Government formed by an opposition coalition, if it is finally established, and that would remove it from the power it has held since 2009.

“We will oppose the establishment of this dangerous government of fraud and the surrender, and if it is allowed, we will overthrow him quickly, “Netanyahu declared today in a meeting with his right-wing Likud party, ahead of the parliamentary vote that must ratify the coalition agreement presented on Wednesday.

The opposition centrist leader, Yair Lapid, and the religious ultranationalist, Naftalí Bennet, who announced a coalition agreement with a rotating leadership made up of parties from across the ideological spectrum, including the Islamist party, which would overthrow Netanyahu after fifteen years in power, twelve of them in a row.

Yair Lapid, the centrist who can unseat Netanyahu. Reuters photo

Political commitment now has to be ratified by Parliament and Netanyahu tries to drag the vote of right-wing MPs who originally supported the coalition, to prevent it from reaching a majority of 61 seats out of the 120 in the House needed to form.

“I appeal to Knesset members on the right and with new hope to stand up and vote against this government that endangers the State of Israel. It is late, but not too late, “Netanyahu declared today.

This considers that it is a dangerous “left government” although the composition has a majority of center-right and far-right forces and with Bennet, a former settler leader, as prime minister for the first two years, followed by Lapid in the second term of the mandate.

The acting head of government also defended himself against accusations of “incitement”. after the head of the Shin Bet, Israel’s internal security service, alerted last night about a growing speech which could lead to violent episodes.

“The incitement against us It is also rampant, “he said after condemning all violence.

“Criticism from the right cannot be treated as an enticement and criticism of the left as a legitimate action, “he considered.

He also described the agreement of the new Government as a betrayal resulting from the March elections -the fourth in less than two years-: “The biggest electoral scam, perhaps, in history,” he said.

“A government of the extreme left that depends on supporters of terrorism It will not be able to take systematic and consistent action against terrorist organizations in Gaza and it is doubtful that it will oppose the decision in the Hague court, “he added.