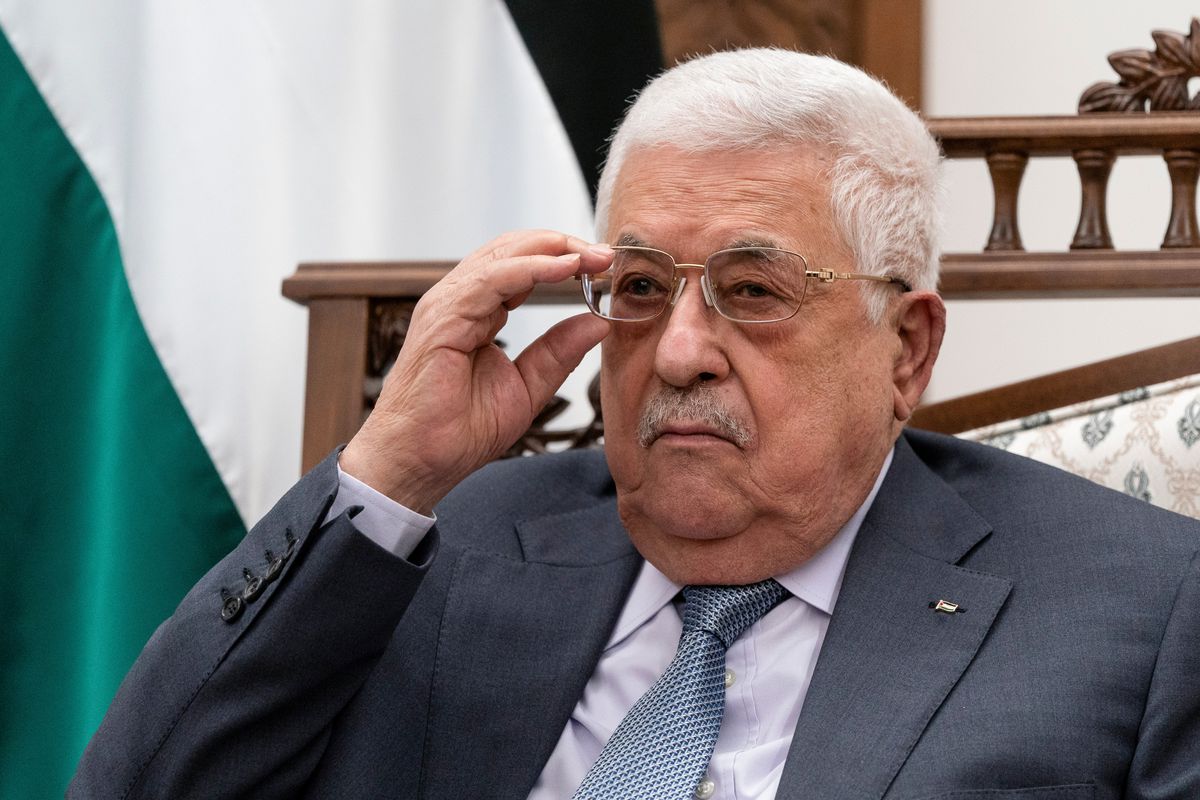 Economy for peace, but without territories. The new government of Israel has offered to rescue the ruined Palestinian finances in order to consolidate in power the president of the Palestinian Authority (PA), the nationalist Mahmoud Abbas in the face of the emergence of Hamas Islam. Israeli Defense Minister Benny Gantz was greeted Sunday night by the veteran rais in Ramallah, the PA’s administrative headquarters near Jerusalem, in a high-level bilateral meeting unprecedented since 2010. The announcement of the plan to strengthen the Palestinian economy presented by Gantz comes after Friday’s meeting in Washington between the US president. UU, Joe Biden, and the Israeli Prime Minister, Naftali Bennett, who put an end to the disagreements of his predecessor in office, Benjamin Netanyahu, with the Democratic administrations.

The ultraconservative Bennett, in charge since June of a heterogeneous government of seven parties that range from the nationalist right to the pacifist left, already anticipated in the White House that no steps were now going to be taken in the negotiations with the Palestinians, suspended since 2014 The US president, in favor of Israeli gestures towards the Palestinians, once again defended the two-state solution as a way out of the Israeli-Palestinian conflict.

Sources close to the Israeli prime minister have rushed to specify this Monday that “a diplomatic process with the Palestinians has not been initiated nor will there be,” and they pointed out that the Ramallah meeting revolved around “routine security issues between the Department of Defense and the Palestinian Authority ”.

In a diverse governmental coalition like the Israeli one, positions as opposed as the partial annexation of the West Bank or the recognition of the Palestinian state are maintained. Each party tries to safeguard its electorate at the same time. While the ultranationalist Bennett seeks to minimize the impact of the meeting with Abbas, the centrist Gantz highlights the rapprochement with the Palestinian Authority “with measures to strengthen the economy,” according to an official statement, after the breakdown of bridges recorded in the 12 years of consecutive Netanyahu terms. The Israeli minister and the rais Palestinian held a separate meeting for 40 minutes after a working session with their collaborators for about two hours. Both agreed to continue the contacts.

Three months ago, Palestinian officials gave the United States a list of measures to improve the situation of the economy without the need for diplomatic negotiations with Israel, according to the report. daily Haaretz. Some of them have already been implemented or announced by the Bennett government, such as the granting of another 15,000 work permits in Israel (where more than 120,000 Palestinians already work) or the granting of hundreds of licenses to build housing for Palestinians in the called Area C of the Oslo Accords (1993), exclusively Israeli management, comprising 60% of the occupied Palestinian territory of the West Bank.

In essence, it is about re-fulfilling, at least in part, the agreements by which the Palestinian Authority was born, in chapters that had been relegated by the Netanyahu governments, and that during the mandate of Republican Donald Trump in the United States fell in oblivion.

Both Israelis and Palestinians seem inclined to keep a low profile in the economic dialogue process. The former avoid addressing conflictive issues that may stress the heteroclite coalition, which includes an Islamist force from the Arab minority, President Abbas, 85 years old and installed in power since 2005 without having been submitted to the polls again, is being seen every increasingly questioned by Palestinian citizens, who criticize corruption and the lack of progress in the creation of a state of their own.

Hamas Islamists, who have effectively ruled the Gaza Strip since 2007 – having forcibly evicted the Fatah government, Abbas’s party – have accused the president of having taken a “dangerous step” and of “being more concerned with cooperating with Israel’s security than [defender] the national interests of Palestine ”. Following the armed conflict waged by the Gaza army and militias in May, Hamas’s popularity as a force capable of dealing with Israel’s occupation increased among Palestinians. In the 11 days of military escalation, 250 people lost their lives in Gaza in Israeli attacks and in Israel there were 13 deaths due to rocket fire from the coastal enclave.

Abbas’s government has also faced an internal crisis in the wake of the wave of demonstrations unleashed after the death of a political dissident after being detained by the Palestinian security forces. The economic decline The 11.5% in 2020 as a result of the pandemic has also been aggravated by the drastic drop in international aid. Hence, Israel offers to come to the financial rescue now.

At the same time, tension has soared in Gaza in recent days as a result of the resumption of Palestinian protest marches on the border of the Strip, which have caused at least two deaths and dozens of injuries among protesters by gunfire by the Israeli snipers. One of these security agents lost his life this Monday after receiving a pistol shot on the 20th that caused very serious head injuries.

In response to these marches and the launching of incendiary balloons in the direction of agricultural fields in Israel, combat aviation has bombed Hamas positions in Gaza. The last air raid was recorded in the early hours of Sunday. Several hundred Gazans again demonstrated in the northern border on Sunday night. Israel had kept the reconstruction of Gaza semi-paralyzed after the last conflict, despite the fact that the US had demanded that it facilitate the entry of international aid, but this Monday it again authorized the passage of construction materials.

To seal a stable and long-lasting truce, the Israeli government is demanding that Hamas commit to not firing rockets again, to free two Israelis it has held captive for six years, and to return the remains of two soldiers killed in the war in 2014. The Islamists in turn intend to exchange them for the release of hundreds of Palestinian prisoners in Israel.