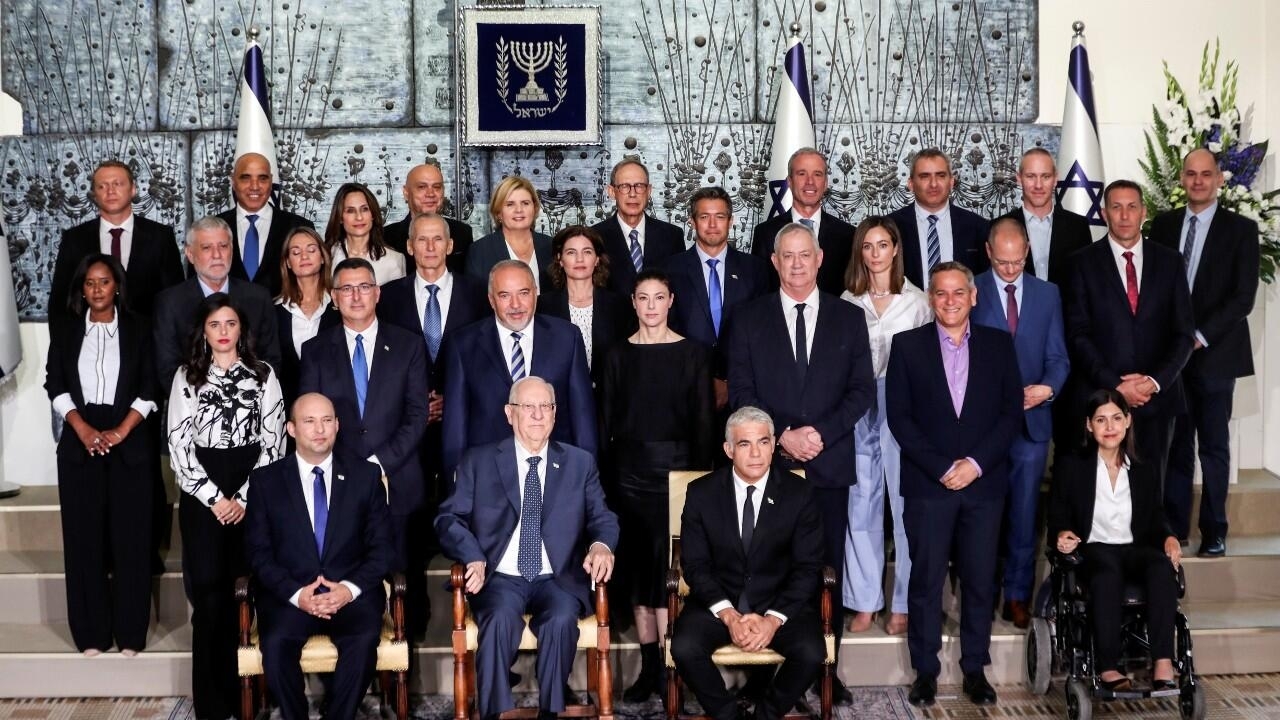 New tension is expected in Jerusalem, after this Monday the recently ratified Executive that ousted Netanyahu approved a Jewish nationalist march in the disputed city. For the first time, the coalition that runs the territory included an Arab-Israeli party and gave real participation to women. However, these events do not represent a decrease in violence. For many Palestinians everything is “more of the same.”

He was hardly appointed prime minister of Israel and the coalition government of Naftali Bennett has already approved a controversial Jewish nationalist march for this Tuesday, which could inflame tensions with the Palestinians.

Every year Israeli ultranationalists celebrate the hectic mobilization, waving blue and white flags and chanting slogans as they march through the Old City’s Damascus Gate and into the heart of the Muslim Quarter, to celebrate the capture of East Jerusalem by Israel in the 1967 war. Palestinians see the celebration as a provocation.

The Hamas group, which controls the Gaza Strip, has already called on the Palestinians to “resist the march” and participate in what it calls the ‘Day of Wrath’. It issued a statement calling for them to show “brave resistance” and urged people to gather in the streets of the Old City and at the Al-Aqsa Mosque to “rise up in front of the occupier and resist him by all means to stop his crimes and arrogance. “.

Although it is an annual Israeli event, this time it represents a test for the newly installed coalition that ousted former Prime Minister Benjamin Netanyahu, tough on his policies towards the Palestinians – which remains to be seen if that same line will endure.

A police officer, who spoke on condition of anonymity because he was not authorized to discuss with the media, said that around 2,000 police officers would be deployed.

The US Embassy in Jerusalem barred its staff and their families from entering the Old City on Tuesday for “possible counter-demonstrations.”

This march is approved a few weeks after the end of one of the deadliest chapters of the clashes between the Israeli Army and the Hamas group that dominates the Strip. The escalation of violence, with bloody Israeli bombardments, left most of the impoverished enclave destroyed, with at least 243 Palestinians dead, including 66 children, and 12 Israelis dead, including two minors.

Palestinian sentiment: the new Israeli Executive is “more of the same”

The hopes of a possible change of position in the face of the Israeli-Palestinian conflict, due to the fact that for the first time in history the government includes an Arab minority party in the country, they begin to fade. In fact, for many Palestinians the new Executive in Israel is “more of the same.”

“People don’t care. We have seen enough Israeli leaders, even those who spoke about peace, and nobody did anything,” said a man identified as Amjad, as he served the public at his home products business in Ramallah, and that he preferred not to reveal his last name for security reasons. Like him, thousands more people assure that history will repeat itself.

Palestinian Prime Minister Mohammad Shtayyeh also spoke on Monday about the change of coalition in Israel and asserted that the end of Netanyahu’s mandate ends with the “worst period” in the history of the conflict, although I do not trust that the brand new Executive is “less bad than the previous ones”.

Although there are political leaders such as the leader of the Palestinian National Authority (PNA), which governs in reduced areas of the West Bank, who have expressed some relief at the departure of Netanyahu, a large part of that population on the streets does not see a change.

In Gaza, where its inhabitants still live amid the rubble of the recent escalation of violence, the assessment is not encouraging either. “What changes are the faces. Benet, Netanyahu, the damage will continue,” Mohamed Abdula, who works as a taxi driver in the enclave, has been mentioned to EFE, which has been blocked by Israel since the Islamist movement Hamas took power by force in 2007.

But this is not a simple lack of credulity. In his inauguration speech on Sunday, Bennett only mentioned the Palestinians when he warned them that any form of violence would be answered vehemently.

Bennett, the Israeli religious premier for the first two years of government – later to be succeeded by his coalition partner Yair Lapid, as agreed by the “change bloc” – is a military veteran and a visible face of the country’s religious extreme right. He even served as general director of the Yesha council, a body that brings together the West Bank’s settler leaders.

One of the changes that the new government shows is the high participation of women, compared to previous administrations. Nine will be leading ministries among the nation’s 27.

Meanwhile, Benjamin Netanyahu, also known as ‘Bibi’, opens in opposition with warnings to overthrow her.

In the afternoon, the newly appointed Prime Minister Naftali Bennett held a handover meeting with his predecessor, but without the usual formal ceremony or duration – instead of an hour, they stayed for 25 minutes. A sign of the persistent anger and hostility of Netanyahu who on Monday again threatened to depose his rivals.

Bennett vowed to reach out to underserved foreign allies and heal divisions within Israel.

A change of route or cancellation of the procession in Jerusalem on Tuesday, June 15, could expose his government to accusations by Netanyahu, and his right-wing allies, of giving Hamas veto power over events in the city, which the Palestinians they also claim as their own for an eventual state.