Israel launches new airstrikes on Gaza, after an afternoon of marches and tension 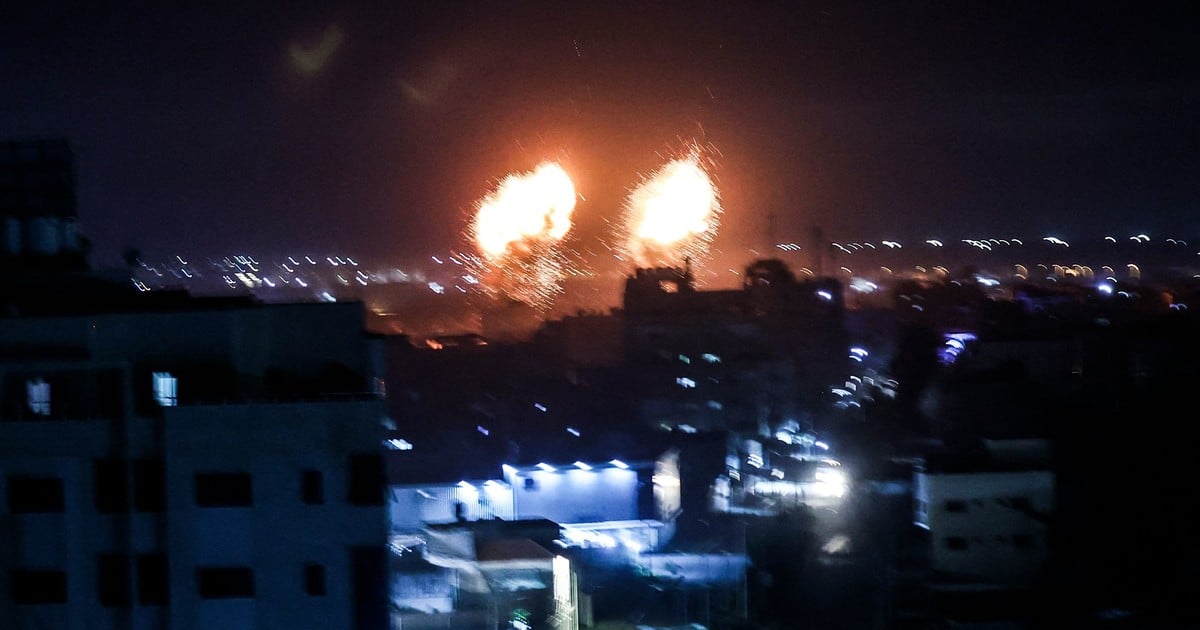 The forces of Israel at dawn this Wednesday they launched new air strikes against the Gaza Strip, a day after incendiary balloons were launched from Palestinian territory, according to Palestinian security sources and the Israeli army.

The air offensive responds to the launch this Tuesday of dozens of incendiary balloons by Hamas sympathizers across the border with Israel, in protest at the celebration of the “Parade of Flags”, an Israeli ultra-nationalist march through Jerusalem.

The same sources, from the extremist group Hamas, specified that reconnaissance drones without a pilot of the Israeli Army flew over the coastal enclave around midnight and then they were heard several explosions in the southern and central Gaza Strip.

The missile strikes, Hamas and eyewitnesses confirmed, they targeted military installations who belong to the al-Qassam Brigades, the armed wing of that Islamic movement. In principle, no victims were reported.

A Palestinian protester launches an incendiary balloon at Israeli forces during a march in Gaza City on Tuesday. Photo: AFP

“During the last day, incendiary balloons were launched from the Gaza Strip into Israeli territory. In response, a short time ago, Israeli Defense Forces fighter jets attacked military compounds of the terrorist organization Hamas, which were used as facilities. and meeting places for terrorist operations, “the Israeli Army reported shortly after in a statement.

The Israeli Army held Hamas responsible for “all the events that occurred” in the enclave, and assured that is prepared for “any scenario, including the resumption of hostilities in the face of continued terrorist activities in the Strip. “

Israeli airstrikes on the Gaza Strip They are the first since May 21, when a “mutual, simultaneous and unconditional” truce came into force that put an end to a military escalation that lasted for eleven days and ended with 255 dead in the enclave and 13 in Israel.

Israel’s ultranationalists, this Tuesday, in a march in Jerusalem, which raised the tension. Photo: AFP

According to the Israeli authorities, the launching of incendiary balloons on Tuesday caused more than 25 fires in southern Israel, without causing injuries or great damage.

Organizations of the Palestinian Resistance thus responded to the celebration of that controversial march Orthodox Jews Tuesday afternoon through the streets of East Jerusalem, which for ultranationalists commemorates the reunification of the city in 1967 under Israeli sovereignty.

For the Palestinians, on the other hand, that date marks the start of the occupation in East Jerusalem, where part of the parade circulated.

The “March of the Flags” is usually celebrated every May 10, Jerusalem Day, but this year had to be suspended when the air raid alarms sounded in East Jerusalem that day because Hamas launched rockets towards Israel, which triggered after weeks in which the tension was heating the latest military escalation, the worst since 2014.