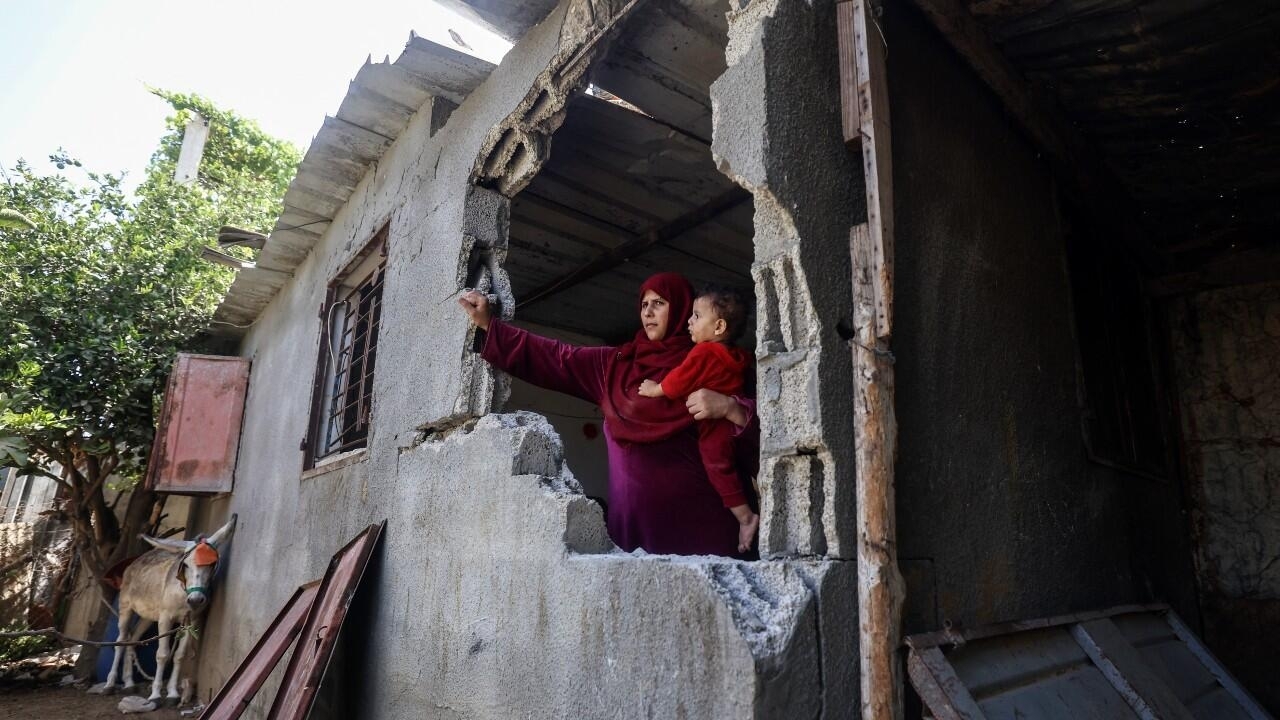 The Israeli army confirmed that it attacked Hamas group sites in the Gaza Strip after hundreds of Palestinians clashed with military forces at the border and launched incendiary balloons into southern Israel. The protesters are protesting against the prolonged and suffocating Israeli blockade, which the neighboring country considers necessary for security reasons. During the day, Mahmoud Abbas and Benny Gantz met in Ramallah.

The recent surge in cross-border violence is testing the fragile truce that ended last May’s deadly attacks between Israel and Hamas, which controls the Gaza Strip.

On August 29, the Israeli Army reported that it launched air strikes on Hamas positions in the impoverished Palestinian enclave, in retaliation for incendiary balloons launched at their country during protests along the border line.

Hamas employs these tactics for 1 reason — to terrorize Israeli civilians. We will defend them.


“In response to the Hamas ‘terrorists’ who launched incendiary balloons at Israel and the violent unrest at the security fence, we simply struck: a Hamas Military Complex and the entrance to a terror tunnel. Hamas employs these tactics for a reason: terrorize Israeli civilians. We will defend them, “the armed forces assured through their social networks.

So far there are no reports of fatalities in the bombings on Gaza. However, they did destroy homes.

“Thank God, we are fine, but the house was badly damaged, the walls collapsed, the glass broke, the tiles were damaged and the bedrooms were damaged. This is the nature of the enemy, they did not warn us, knowing that we have children. We are not terrorists or fighters, and we are not a threat to them, “said Mussa al-Zaanin, a Palestinian resident and father of young children.

The protests that unleashed yet another chapter of violence

Protests by hundreds of Palestinians at the border have resumed demanding that Israel ease the blockade it has imposed for years on the impoverished enclave of two million people.

The mobilization turned violent when some of them threw incendiary balloons into Israeli territory and burned tires, while the military fired tear gas and stun grenades.

The Gaza Health Ministry reported that eleven Palestinians were injured in the clashes, three of them by live fire.

On Saturday, Gazans buried Omar Hassan Abu al-Nile, a 12-year-old boy, who died of his injuries a week after being shot by Israeli forces during the border clashes.

Although the Islamist movement has indicated that it called these demonstrations to pressure to lift the closure, hundreds of civilians also participate in them, claiming to be tired of the restrictions inside and outside their territory that prevent them from moving freely and have devastated their economy. All goods destined for Gaza via Israel must undergo a security inspection before being allowed entry.

“The Zionist occupation has all the repercussions and consequences of the tightening of the siege of Gaza and the escalation of the humanitarian crisis among its residents (…) Calm and stability will not be achieved as long as our people lack a free and dignified life,” he said. Hamas spokesman Fawzi Barhoum.

Israel argues that the barrier it built between the two territories between 1994 and 2005, coupled with strong military control, is necessary and arose as a security measure to stop the infiltration of terrorists, including suicide extremists. Also to supposedly prevent Hamas from developing its military capabilities.

However, the latest escalation of violence comes after Israel relaxed some trade restrictions in the Gaza Strip in mid-August and Egypt eased a recently imposed blockade. The enclave has been isolated by both countries since Hamas seized it in 2007.

On Sunday, Egypt reopened the Rafah crossing with Gaza to allow the Palestinians to leave, after having partially reopened it on Thursday to travel to the Palestinian enclave.

Rafah, Gaza’s only gateway to the outside world that is not controlled by Israel, was closed by Egypt on Monday. That government did not give any reason for the move, but Palestinian sources said it was due to increased border violence with Israel.

Despite the new tension, on the same day the President of the Palestinian National Authority, Mahmoud Abbas, met with the Israeli Defense Minister, Benny Gantz, in the West Bank city of Ramallah.

Gantz assured Abbas that his country would take steps to strengthen the Palestinian economy, according to a statement from his office.

“They also discussed the configuration of the economic and security situation in the West Bank and Gaza (…) They agreed to continue communicating more about the issues that were raised during the meeting,” the note said.

Peace talks between the two sides collapsed in 2014, although Israel last year reached normalization agreements with several Arab countries, under the patronage of the United States.

The Israeli authorities have indicated on different occasions that their clashes are with Hamas, which they consider a terrorist, and not with Palestinian citizens.

But critics of the Israeli blockade stress that the closure amounts to collective punishment against civilians.