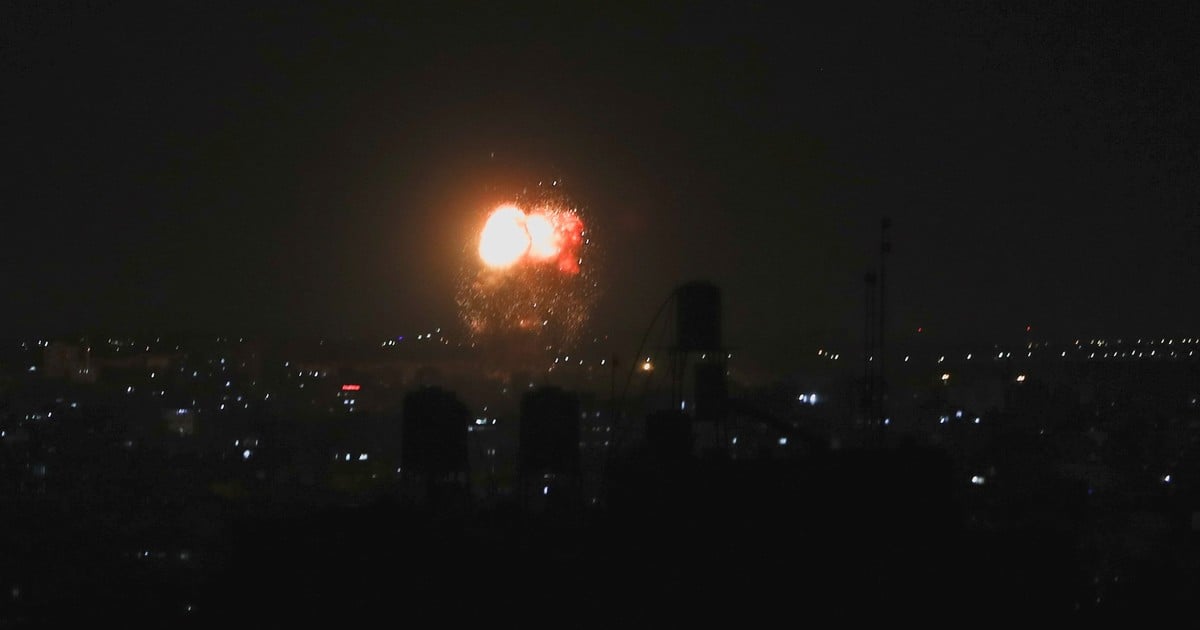 The Israeli Army bombed targets of the Islamist Hamas movement in the Gaza Strip, for the second time this week and after three days in a row of incendiary balloon launches from the enclave into its territory, a military spokesman reported today.

“During today, incendiary balloons they were launched from the Gaza Strip into Israeli territory. In response, a short time ago, Israeli Army fighter jets attacked military compounds and a rocket launch site belonging to the Hamas terrorist organization, “said a military statement.

Palestinian security sources in Gaza confirmed to Efe that the bombings had an impact in three training centers belonging to the Ezedin Al Kasem Brigades, the armed wing of Hamas, which de facto controls the enclave since 2007.

In addition, they detailed that although did not cause injuries, they did produce material damage.

In response to the launching of incendiary balloons, the Army said it had received instructions from “increase the level of preparedness for a number of scenarios including the resumption of hostilities. “

The balloons caused eight fires in the area, raising the number over 30 since the beginning of launches by militiamen in Gaza last Tuesday, according to Israeli media.

During that day, in which 25 fires were registered in southern Israel due to these attacks, the Army also responded with bombardments on targets of the armed wing of Hamas, which it holds responsible for all hostilities emanating from the Strip.

Hamas, for its part, said in a statement after the bombings that if Israel “commit any stupidity” against the people of Gaza or members of the movement, there will be an armed response.

These three days of hostilities between Israel and the Gaza militias were the first since May 21, when a “mutual, simultaneous and unconditional” truce came into force that ended an escalation of war that lasted for eleven days. with a balance of 255 dead in the enclave and 13 in Israel.