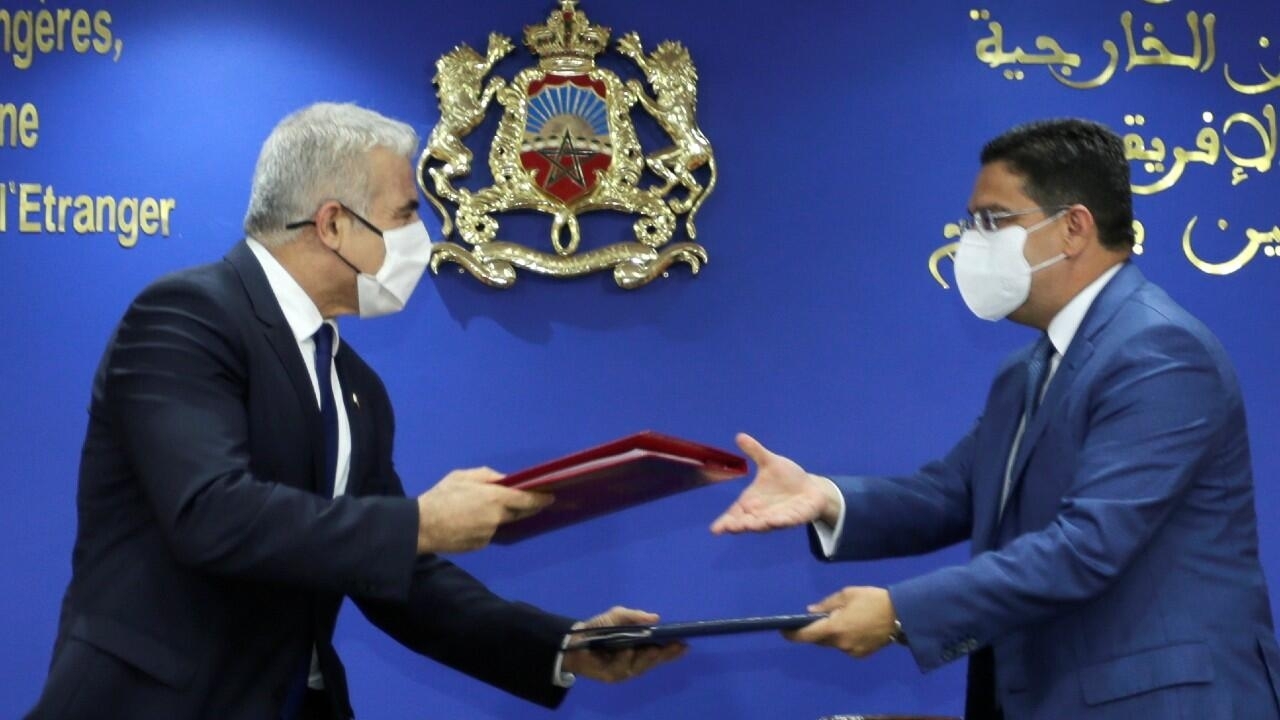 The foreign ministers of Israel and Morocco met to sign various agreements between the two countries in the first visit by an Israeli diplomat since 2003, a product of the Abraham Accords, promoted by the United States.

A bet for peace in the region. Yair Lapid and Naser Burita, foreign ministers of Israel and Morocco, respectively, met this Wednesday in Rabat and announced a reestablishment of diplomatic relations interrupted for decades but improved since last year.

Lapid arrived in Morocco this Wednesday on the first visit by an Israeli diplomat since 2003 and appeared with Burita for the signing of bilateral agreements on aeronautical, cultural and diplomatic matters, leaving the idea of ​​collaboration in agriculture, energy, innovation and trade.

“Today we are not being good politicians, we are being good parents, making the world a safer place for our children,” said Lapid, who described the visit as “historic”, after attending the traditional wreath at the Mohamed V mausoleum. from Rabat.

In his speech, the Israeli minister did not miss the opportunity to mention peace and common coexistence. According to him, both countries can inherit “lessons about the power of hope” to the new generations. Lapid’s goal will be to establish an Israeli diplomatic mission in the Moroccan capital.

The local minister informed Lapid of the need for Israel to finalize the peace accords after the clashes last May between Israel and Hamas, which left 260 Palestinians dead in Gaza and another 13 fatalities on the Israeli side.

Israel and Morocco agreed last December to resume their diplomatic relations, with the symbolic opening of commercial flights and as a result of the Abraham Accords, negotiated by the United States under the leadership of former President Donald Trump between four Arab states: Morocco, United Arab Emirates, Bahrain and Sudan, with Washington’s recognition of Moroccan sovereignty over Western Sahara.

At the time, the accords enraged Palestinians, who for years relied on Arab support in their quest for statehood in the territory they denounce has been occupied by Israel.

“This historic visit is a continuation of the longstanding friendship and deep roots and traditions held by the Jewish community in Morocco and the larger community of Israelis with origins in Morocco,” Lapid said ahead of the two-day visit.

Many Israeli citizens have a family lineage based in Morocco, which is still home to a small community of 3,000 Jews. Morocco was home to one of the largest Jewish communities in the region until the founding of Israel in 1948. Both countries maintained diplomatic relations in the 1990s, but Morocco canceled them after the second Palestinian uprising in 2000.

Lapid, who is part of the new coalition government in Israel, comes from another historic visit five weeks ago, when he arrived in the United Arab Emirates, where he promoted diplomatic ties and both countries addressed their concerns regarding Iran.

At least two Israeli airlines established commercial nonstop flights from Tel Aviv to Marrakech, but the idea of ​​a tourist flow has been disrupted by the Covid-19 pandemic. Before the health crisis, between 50,000 and 70,000 Israeli tourists, most of Moroccan origin, visited the kingdom each year.

Lapid, the current head of Israeli diplomacy, is expected to open the liaison office in Rabat on Thursday and then visit Casablanca, to pray at the Beth El synagogue.

DAZN, first day of Serie A is a disaster, videogame memes make irony about the service