Ismail Al Khaja.. ahead of his time 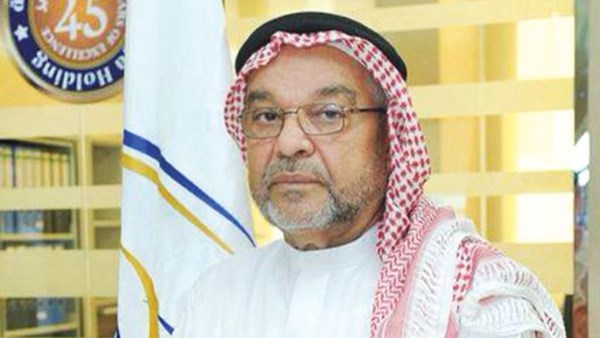 Ismail Fath Al-Khaja is considered one of the first generation of nation-builders.. Like all the sons of his generation and subsequent generations, he grew up and grew up in the school of the late founding leader Sheikh Zayed bin Sultan Al Nahyan, may God rest his soul. He was influenced by his personality, and he learned from his school dedication to work. Patience, determination, and persistence followed his approach, and his main goal was to raise the nation through successful projects that contributed to the economic renaissance of countries during important stages of construction and reconstruction.
Ismail Fath Al Khaja, may God have mercy on him, was born in Abu Dhabi, and he grew up in environmental and social conditions that earned him the ability to adapt, persevere, have strong will and determination, and a spirit of initiative and challenge, all of which are characteristics that distinguished the first generation of the nation, who took the late Sheikh Zayed as an example.

educational path
Because Ismail Fath Al-Khaja, may God have mercy on him, belongs to a family that motivates its sons and daughters to memorize the Holy Qur’an, he began his educational career by memorizing the Qur’an, a step that strengthened his personal abilities, created a great interaction between him and the Arabic language, and gave him an opportunity to learn and practice it in an integrated manner at an early stage of his life. At the beginning of the sixties of the last century, he enrolled in formal education at the Agricultural School in Abu Dhabi, which is the school that is considered the official beginning of education in the Emirate of Abu Dhabi, and other educational edifices received special sponsorship from the late Sheikh Zayed bin Sultan Al Nahyan, may his soul rest in peace, who drew attention to the importance of education, and provide him with the necessary support to advance the sons of the country.

experiences
Ismail Fath Al-Khaja began his early career working at Standard Chartered Bank, and continued this work for several years, during which he gained countless experiences in the world of banking, business and investment, learned market trends and successful projects, and possessed the keys to success, as was the most important thing. His preoccupation at this stage is to identify the vital projects that benefit the country.

Goodwill Ambassador
Ismail Fath Al Khaja is considered one of the ambassadors of goodness in the Emirates, and he – may God have mercy on him – worked silently, diligently and sincerely, seeking the pleasure of God – Glory be to Him – far from showing off or showing off, as he undertook the construction of dozens of mosques inside and outside the country, and established charitable projects that provide care for the poor and needy. and needy families. He also built many mosques and Quran memorization centers at the level of the UAE and abroad.

Bravery
Thanks to his courageous and adventurous personality, Al Khaja embarked on a private business adventure at an early age, defying the odds. He went ahead of his time and achieved success after another with his thought that foresaw the future. He registered his name among the first merchants in the Emirate of Abu Dhabi, and achieved unprecedented economic successes in vital areas. Including the trade of cars, cruisers, marine equipment, tires and contracting, which then turned into exemplary economic institutions and entities as distinct projects that contribute to the national economy, in addition to his keenness to invest in the health sector through the Dar Al Shifa Hospitals Group, which is affiliated with Al Khaja Holding Group, which contributes In meeting the needs of the local community for medical services, and providing world-class healthcare services in multiple specialties.

Efficiency and experience
He describes those who dealt with Ismail Fath Al Khaja, may God have mercy on him, who served as a member of the Abu Dhabi Chamber of Commerce and Industry’s board of directors, as one of the loyal sons of the nation known for their efficiency, experience, acumen, erudition, and ability to deal with issues and problems with wisdom and forethought, as was the title of honesty and trust, and an ambassador for good Inside the country and abroad.

Honoring
In appreciation of his unlimited giving, dedication and support, many national institutions honored Ismail Fath Al Khaja, including the Khalifa Bin Zayed Foundation for Humanitarian Works, the Zayed Higher Organization, the Ministry of Interior, ADNOC, the Department of Economic Development, Emirates Transport, and others.