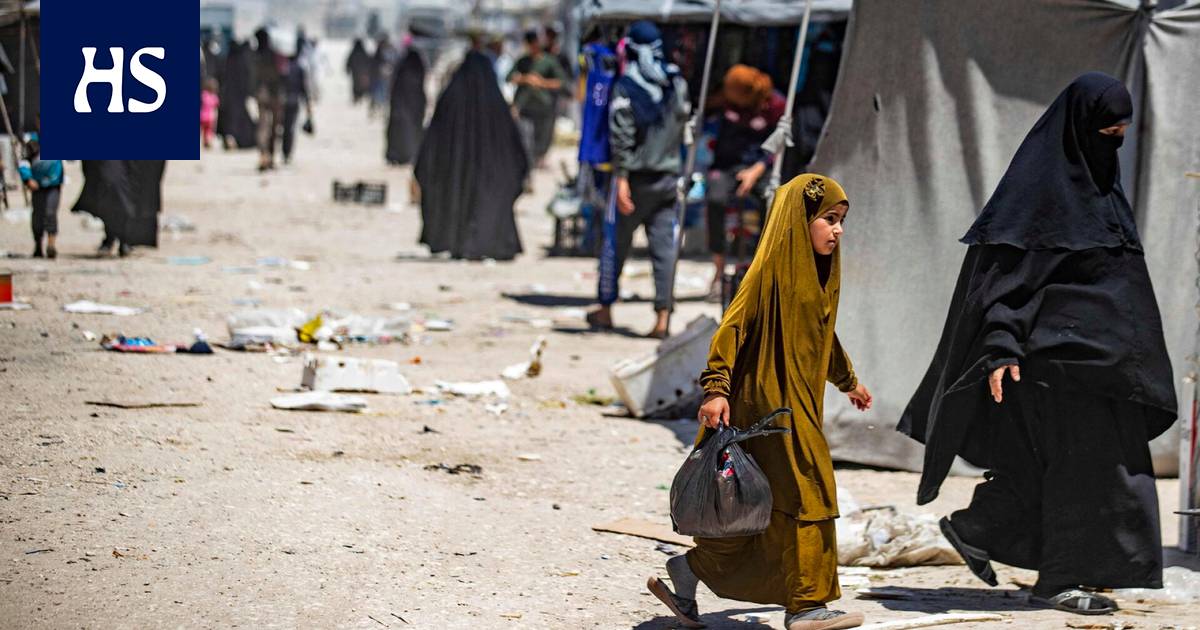 This is the fifth time that mothers and children taken to the al-Hol Isis prison camp have arrived back in Finland.

Mum and two pre-school children were repatriated to the al-Roji camp in the Rojava Kurdish region of northern Syria on Friday. The Ministry of Foreign Affairs confirms the information in the HS that the Ministry organized a repatriation operation.

The mother and her children, who were born in the so-called caliphate of the terrorist organization Isis, are Finnish citizens. The family’s trip to Finland began on Wednesday evening.

The so-called Isis wives and their children, considered less radical than the larger al-Hol camp, have been housed in the al-Roji camp. They were brought to the camp in the spring of 2019 after the terrorist organization Isis lost almost all the territories in its possession in Syria and Iraq.

The now repatriated family arrived in Finland on Friday afternoon on scheduled flights, says the Special Representative of the Ministry for Foreign Affairs Jussi Tanner.

The family continued their journey from the airport to their hometown. The responsibility of the State Department in repatriation has now ended, and the continuation of the family is now in the possession of the domestic authorities. The Central Criminal Police has made a preliminary investigation into the matter, and the affairs of the children will be taken care of by the local authorities.

Al-Holin The camp originally had 11 Finnish mothers and 30 Finnish or children entitled to Finnish citizenship. Some of the mothers were ethnically Finnish, some were immigrants or descendants of immigrants.

So far, 21 children and seven mothers, including those who came to Finland on Wednesday, have arrived in Finland from the Rojava camps. The Ministry for Foreign Affairs carried out the first repatriation operation in December 2019, when two orphans came to Finland.

Last December, the Committee on Constitutional Affairs issued a report stating that Haavisto had not acted unlawfully within the meaning of the Constitution in transferring the consular chief. Pasi Tuomisen other tasks due to dispute. However, the committee considered Haavisto’s conduct to be contrary to the Administrative Procedure Act and therefore reprehensible.

I dispute during which some of al-Hol’s foreign prisoners managed to escape the camp. In May last year, three Finnish women and nine children managed to get to Turkey from the Syrian side. The Finnish authorities helped them to Finland on a joint flight with Germany.

Last August, one mother with her minor children also managed to enter Finland via Turkey.

Read more: Following Denmark’s line, Sweden is now an exception – This is how the Nordic countries view Isis camps in Syria

Read more: Jihadist researcher: Europe is undergoing a major change of mindset in relation to those returning from Syria and Iraq

Al-Holin the camp still has about 60,000 Isis wives and children, most of whom are Syrian or Iraqi nationals. There are thousands of foreigners other than Iraqis and they have been housed in the camp in their own ward.

Al-Roj, on the other hand, is a tent camp for a couple of thousand people in the northeast corner of Syria near the Turkish-Iraqi border. Isis prisoners to be repatriated have usually been transported to their home countries via Erbil Airport in the Kurdish region of Iraq.

Read more: HS analysis: Isis women and children stuck in Syria became a political and humanitarian burden for the whole of Europe

The young man pushed the children in a cart at al-Hol camp in June. Picture: Delil Souleiman / AFP