Isabel Díaz Ayuso: “Today begins a new chapter in the history of Spain” 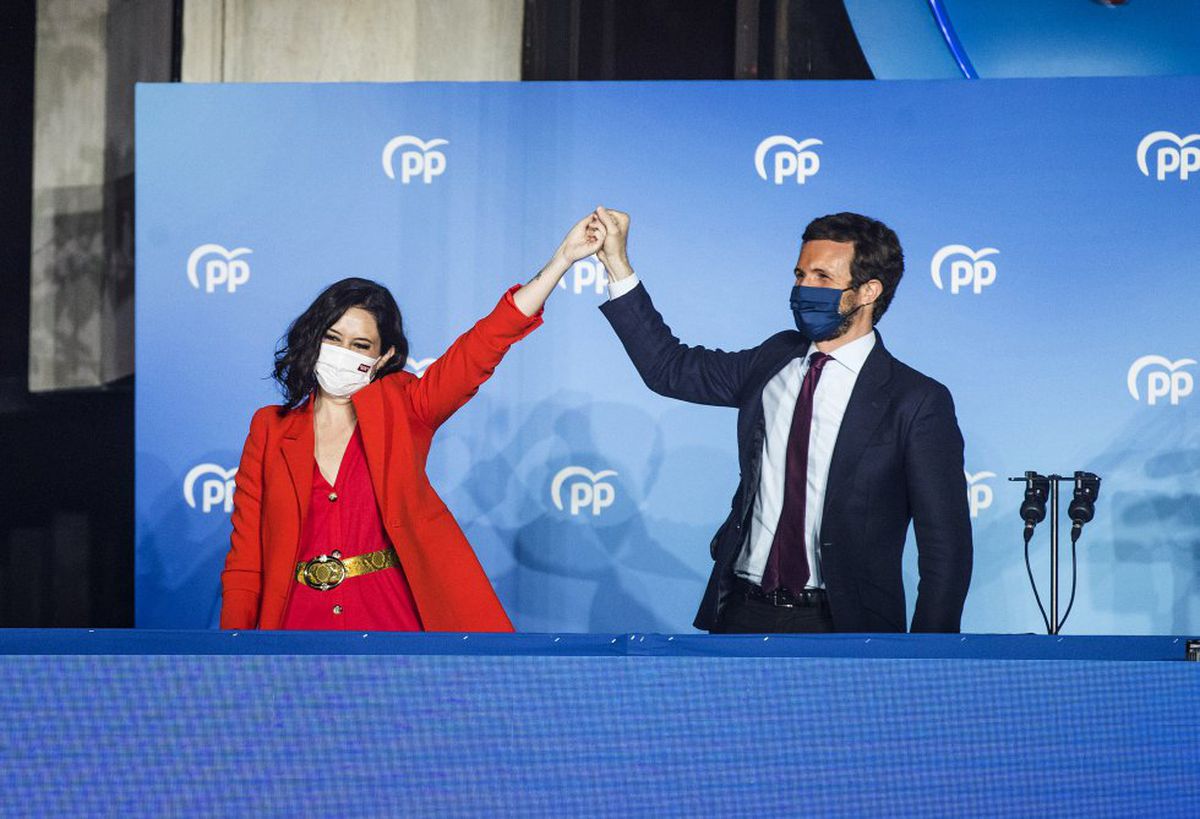 The scaffolding that the PP has installed in the center of the capital of Spain tremble. DJ Pulpo’s music is playing at full blast. And the lights move like crazy, disco atmosphere, while Isabel Díaz Ayuso and Pablo Casado celebrate the triumph of the PP candidate in the elections of the Community of Madrid as the beginning of a new time in Spanish politics: that of discount for Pedro Sánchez to leave La Moncloa. Hundreds of people have approached the national headquarters of the party in the street of Genoa, where the two conservative leaders have come out amid the shouts of the crowd (“President! President!”) To the balcony where their party celebrates the victories .

“Freedom has triumphed again in Madrid!”, The president of the Community exclaimed before the microphone, while the public chanted her campaign slogan (“freedom! Freedom!”). “The way to govern with opulence and hypocrisy from La Moncloa has its days numbered,” she continued, visibly moved, and putting, as during the entire campaign, the target on Pedro Sánchez. “Okay!” He exploded. “Madrid is freedom. For this reason, sanchismo does not enter Madrid. Because it cannot be directed, because it cannot be controlled, because it cannot be imposed ”, he assured. And he finished off: “Today begins a new chapter in the history of Spain because from kilometer zero we are going to regain coexistence, unity and the freedom it needs.”

“We have made a motion of democratic censure on Sánchez,” Casado agreed, who after two defeats in the general elections now hopes to have the necessary momentum to fight for La Moncloa. “We are living through a turning point in national politics. By uniting the entire center right, Sánchez can be beaten. There is a game! ”.

As soon as Díaz Ayuso has finished his speech, the music has been turned off and the lights have stopped lighting up. The victory most desired by the PP has had the shortest celebration. Everything was planned.

The party organization has tried to dissolve the concentration at the gates of its headquarters as soon as possible to comply with the regulations that try to stop the expansion of the coronavirus. It all ended around 10:30 p.m., just half an hour before curfew began. In the interior of Genoa, the party has continued: Díaz Ayuso will preside over the Community of Madrid until 2023.

“We are very happy,” summarized José Luis Martínez-Almeida, another of those who has come out onto the balcony of victory.