“Isa, you have done it again” 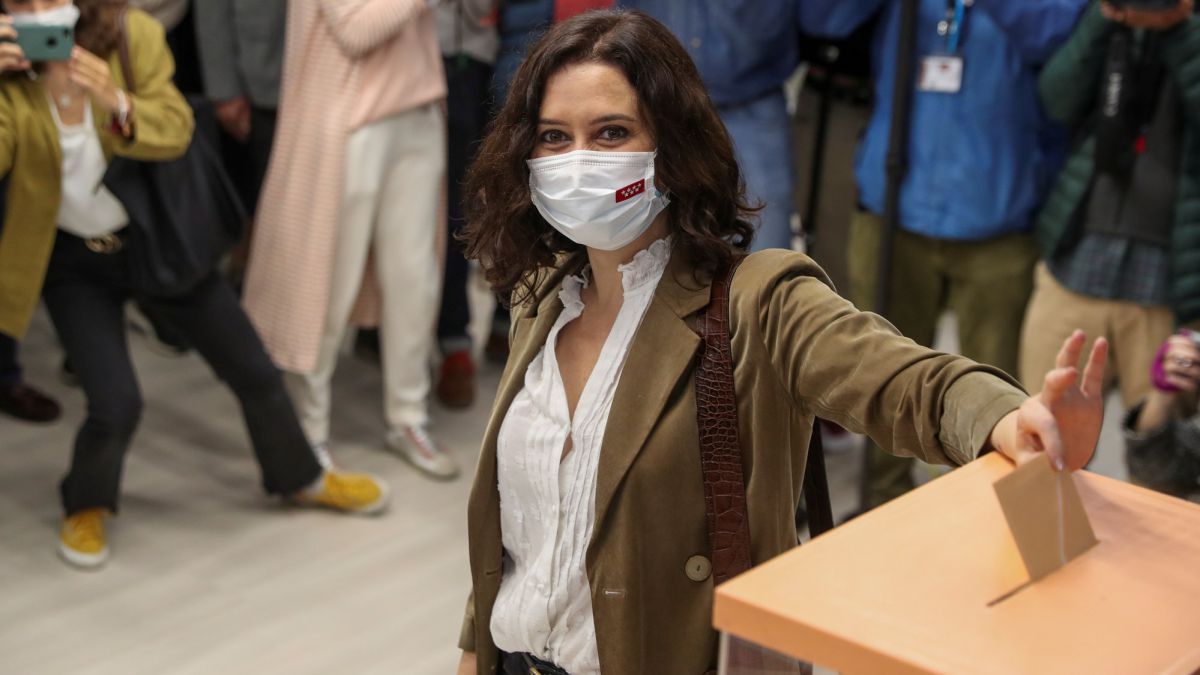 Isabel Díaz Ayuso started as a favorite to win the presidency of the Community of Madrid and the elections have confirmed his triumph. Thus, the PP will have 65 representatives in the Madrid chamber and surpasses the entire left bloc together.

The great protagonist addressed her voters from the balcony of the Genoa headquarters and offered the first touches of what will be her mandate: “Sanchismo has tried everything, to prevent these elections, that we should not hold rallies, they have used justice… Spain is something else, Mr. Sánchez. We promise you two years of governments released to lower taxes, to take care of our health and our education and everything great that we have built together. Go to rule for all with the banner of freedom. “

As soon as the triumph is known, her classmates began to congratulate her. One of them was the mayor of Madrid, Jose Luis Martinez Almeida, who did it through social networks: “Isa, you have done it again”, said the alderman in a Tweet.

For his part, Pablo Casado, president of the PP, highlighted the importance of victory: “They have lost pride, lies, tension, confrontational politics, and harmony has been won.. Today Madrid has made a motion of democratic censure to Sanchismo. Madrid is Km 0 of change in Spain. Freedom has triumphed again in Madrid. Thanks. Freedom, always “.

Born October 17, 1978 in Madrid, is a graduate in Journalism from the Complutense University and has a Master in Political Communication and Protocol. According to the Transparency Portal of the Spanish capital, “He has worked in communication departments of several companies and foundations, as well as in radio stations and digital press in Spain and other countries “.

He joined the Popular Party in 2005, when Pablo Casado was the president of New Generations in Madrid. In 2011 she was elected deputy in the Madrid Assembly, and two years later she was appointed Deputy Minister of the Presidency and Justice.

Specialized in political communication, He directed the online area of ​​the PP and was in charge of the digital campaign Cristina Cifuentes in the 2015 elections. Her big opportunity came on January 11, 2019, when Casado decided to appoint her head of the party’s list for the elections to the Madrid Assembly in 2019.

In the voting held on May 26 won 22.31% of the votes and 30 seats after being the second most voted list after the PSOE. Despite this, heShe was inaugurated president with the votes of Citizens and Vox.

Although not two years had passed since its appointment, Díaz Ayuso called the elections in advance last March 10 when breaking with Ciudadanos, his coalition partner in the regional Executive.

Listings Viria becomes Loihde, the company is clearing its listing on the Helsinki Stock Exchange

In Syria, put on “Overcoat” in Arabic