Is the second impact coming? Evangelion’s Spear of Longinus appears in Japan 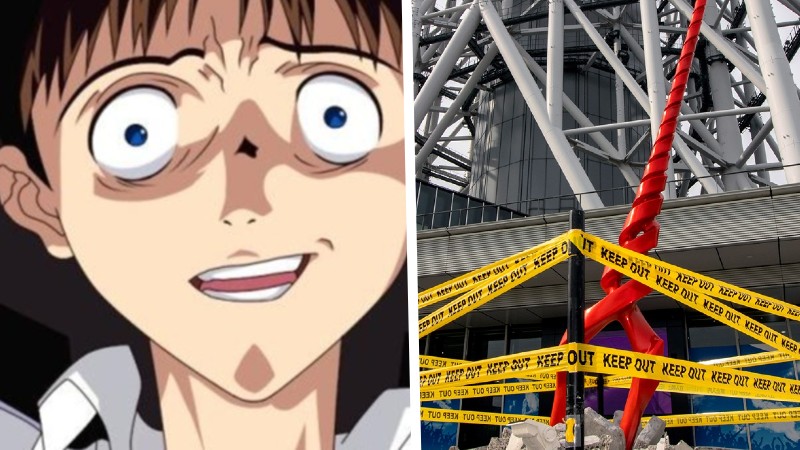 Evangelion showed that he still has a huge impact with his fans, who made his latest film a resounding success.

This work has many elements that are easily identifiable by fans, so seeing them on the streets motivates them to take photos, and sometimes to feel fear.

Strangely enough, the mighty longinus spear of Evangelion It appeared recently in Japan, although not to announce the second impact, but to adorn the streets of a city.

Evangelion fans can visit the spear

The famous Tokyo Skytree became a visual spectacle for fans of Evangelion, since for a few days it has been illuminated with the colors of the EVA units.

Although this already makes the building something worth visiting, they decided to add a plus by including a sculpture of the lance of Longinus, at the foot of the building.

To give it a more realistic effect, the installation is surrounded by caution tape and some concrete that gives the illusion that it fell from the sky at high speed.

This is not the only sculpture that fans of Evangelion They can visit the area, as there is also a replica of the EVA 01 that gives the impression of coming out of the ground.

These attractions will be available at the Tokyo Skytree until next May 31st, so many of us probably won’t be able to see them.

What could be available soon is the latest movie from Evangelion, which has so far managed to raise a considerable sum of money at the Japanese box office.

Fortunately we do not have to worry about any of the three impacts yet, but it does not hurt to be alert and behave well so that the angels do not come to destroy us.

They dismantle millionaire hacks company and even find them luxury cars