Is Super Mario 64’s movement STILL the best in gaming?

Hang on, is Super Mario 64’s movement still the best in gaming?

Load up the game and you’re dropped back at Peach’s Castle entrance, with the shush of that distant waterfall. The flitter of birds between trees. That green hillock and that blue sky and a specific, familiar sense of calm. Then you wind up your first triple jump – wah! HOOHoo! – and release it – YAhoo! And now it’s all: o and mouth agape and I seriously think this one move alone might be the best, most rewarding thing in my Switch library. The best thing in gaming? Certainly the best thing you can do with a bipedal avatar and a pad in hand, as Mario shoots so high and so fast the camera cranes to keep up. Then he spins and tucks – arms out, arms in, too quick to count – cleaving the air with the sound of two swooshes before landing with a gymnast finish. With triumph and joy. Of course. Super Mario 64. Still perfectly animated and weighted and timed and you’ve not even tried the Long Jump yet. You’ve not even heard the Dire Dire Docks theme yet! What are other games even for?

I think many players have worked through the 3D All-Stars Collection one game at a time. But I’ve been enjoying a four-course – I include Odyssey – game of Uber-Mario: yes please all served at once, thank you. Like Triple Jump Tapas! Flicking between games, their differences clearer in relief. And played like this they alter each other a little, like album tracks in sequence. And pound for pound and jump for jump, to me 64 still feels like the GOAT

The balance feels just right. In 64 Mario’s jumps are thrillingly quick and excitingly high (I was watching Eurogamer’s Let’s Play and Aoife actually let’s out an oh my gosh at the first triple), with enough travel and suspension at the zenith to feel convincingly, momentarily free. But there’s enough gravity in the pull-down to feel the weight and the platforming stakes. On a flat, too, the game has real lean, like that beautiful (I mean it!) Sense of compression as Mario pivots – torso first then head spin – and leans a superbike, released with a Side Flip. In 64 there is just so much fun in heft and speed, the simple joys of momentum. And that’s the point, surely? Momentum management?

This defines the obstacles in 64, which feel similarly pure. There are those platforms that see-saw, and the ones spin like plates so you have to sort of pull yourself free. Or those mini-pyramids with their tips lopped off, that you have to run up just-so then stop on the top like a dime. Everything is geared towards in-hand pleasures of weight and movement more than canned spectacle or fancy contextual animations, which makes the platforming feel consistent and honest, elementary in its pleasures.

Also, you might think I’m a bit slow here, but I realized something new: I always thought the core thrill of a platformer came from the push-pull between the jump button hold time and the in-air inertia control, but many of the moves in 64 – the Backward Somersault, the Side Flip, the Triple Jump – aren’t even changed with button-hold time – they’re already max power! A Nitro Switch already flicked! All you can do is get the spacing right then finesse them mid-air to fine tune the landing.

Take the 64 Long Jump, this thing just tears out of the gates, often no sooner released than it has to be reined in. Really, it’s a micro-skydive, the air suddenly thick with futures you choose between with full swings to and fro on the analogue: Forward-Back-Forward-Forward THEN BACK with a panic like Pierce Brosnan on a flight stick. And I love the way Mario is yanked from earth, his arms spinning as he hurtles away on an arc made briefly, beautifully supple with control. So flexible you can pull back hard enough to hold him suspended on the spot, flying through the air but caught between two tugs. So flexible you can pull back so hard he Long Jumps backwards. Or forward-backwards, if you know what I mean (and if you’ve played 64 you will).

It’s the same for the Backward Somersault, or the Side Flip, or the Triple. So despite all of 64’s revolutionary, 360 degree, analogue stick concerns – sudden stick snaps and bum-slide turns and tip-toeing past piranha plants – in the air there’s still an almost 2D vector-purity; how forward, how back? It’s been more than twenty years now and precision-squeezing Mario’s backflip Haha! into a hole in front still hasn’t got old. These moves feel powerful and weighty but alive with close attention, and compressed precision. Like the foot-press on a car pedal.

And yes, I do get the complaints from people who’d prefer a freely moveable camera compared to 64’s sometimes awkward first-attempt, but I also think something is lost with later cameras that default to something more afar and on-high. They seem to lose some of that hand-held, selfie-stick involvement of a camera that is closer, lower. So low there’s an upward whiplash snap to the sky when Mario pirouettes from a tree top, which for my money has all the soar of a Galaxy Sling Star whilst retaining that elastic aftertouch (the point!).

I think that’s important, that 64 feels not only responsive, but also playful and expressive and swung. Poles are things to be corkscrewed down. Crouches are just windmills to be. Jumps aren’t only things to aim and land but to pop midway with a kick, or convert into a dive that then tucks-rolls back up into a run without skipping a beat. And there is a grace of animation throughout that still somehow reads like ‘real’ – that slight left knee drag in the second jump, or the loose unfurl in the triple. There’s a low-poly magic of movement here as impressive as Lara’s first handstand edge-mount.

De todas formas. Do you remember that Twitter thread, about all the small ways they made Madeline’s movement in Celeste feel so good? Of course you don’t. You probably don’t read and write about Celeste as much as I (always) want to. But boy oh boy, what I’d do for a Super Mario 64 equivalent. To go deep on the nips and tucks of control and movement.

At least with the 3D-All-Stars Collection I can play spot-the-difference. I can take screenshots of jumps alongside the bricks of Peach’s Castle Walls, to better compare their heights (his second jump is a brick higher when running!). I can toy with camera settings, noting the changes to how much screen estate Mario takes up. I can obsessively record clips of Odyssey Mario triple jumping in his retro 64 outfit – to better compare with current 64 Mario – and then show Ibby, who confirms that ‘the Odyssey one looks weak bro ‘. Mario’s cry is less triumphant and the height isn’t as high and it lacks that stylish swish-swish-swoop sound (there is so much awesome swooshing in 64!).

Now here’s the thing: I actually sees it Odyssey Mario. I love his precision and speed. And I get that his jumps are more a link, really, in the kind of long, zig-zagging combos enabled by Cappy’s mid-air direction changes. I love that you can do a sproing from a ground-pound so it’s no longer a bum-drop full stop, and I love the way little what ifs of intuition are rewarded – if you jump just as Mario grabs a spinning Cappy he’s flung up with a twirling flourish.

And I sees it Sunshine Mario, even though he’s a bit skittish and jelly wobbles whenever you stop. But FLUDD feels like a natural, flexible extension of Mario’s (now literally) fluid move set, letting you do those jump retreats on jet-stream stilts, or turn a dive into a water slide. And I do like that his click-clack run patter sounds a bit like tap shoes.

Then there’s Galaxy, which some people saved for Christmas (I thought that was for Zeldas?), Which I guess is a testament to how magical and majestic they find it. But I never really played Galaxy the first time around, and whilst I can appreciate Galaxy as a wondrous toybox of delights and surprise, of singular courses designed around focussed ideas, I flinch every time Galaxy Mario’s Long Jump stops dead on arrival. Or he drops like lead when you run off an edge, or spins his way to stillness with attacks. And it’s not just that the Triple Jump’s animation and timing feels a bit flat – the acceleration too even, like he’s being hoisted up on theater wires – I also don’t like the Squee! sounds that accompanies it. Like that doing in Say My Name! (and that took me years to accept).

I know this is all subjective, I can’t say that 64 is best 3D Mario game overall. It doesn’t have Galaxy’s shiny variety, nor Sunshine / Odyssey’s course-correction kinkiness. Also, you can’t transform into a fork and fling up a skyscraper. But without Shine goals and Sling Stars and Cappy Transformations – in a vacuum, on the flat, pound for pound and jump for jump – I like 64 Mario’s feel the most. Here, Mario is the game. Thank God they spent so long on his movement and not the levels, because something about the pace and weight still feels somehow natural, convincing, true. Like a ball toss in the hand. A Yo-yo on a string. A grace you get to play.

But maybe you play games for something else. Like systems or strategy or narrative. Or maybe just different kinds of movement! Maybe you don’t main as Corrin in Smash just for her balletic style, or don’t think so much about Zora Link’s Water Spin. Maybe you didn’t revisit that Mirror’s Edge 2D game in Flash (may it rest in peace) for years, just for the way Faye sprints and rolls. Or don’t spend hours watching dance videos and Sakuga MAD anime compilations. What I mean is, maybe the circuits of movement in your mind are set alight by different things, exercised by other games, given voice and form by something else. But I’m just glad to have Super Mario 64 back in easy reach on the Switch. That double swoosh as you Triple Jump. 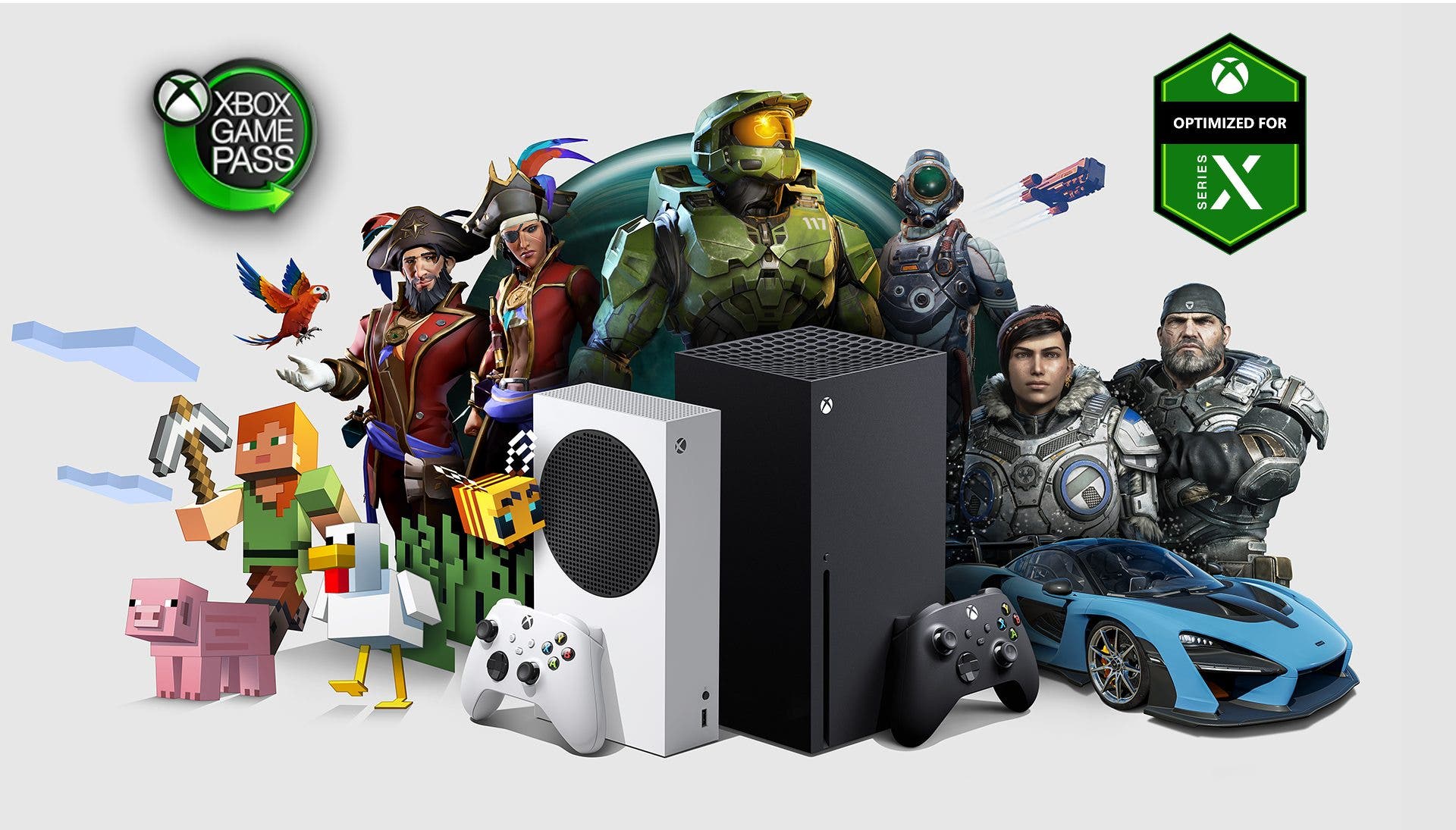 These are the 5 great games coming to Xbox in March 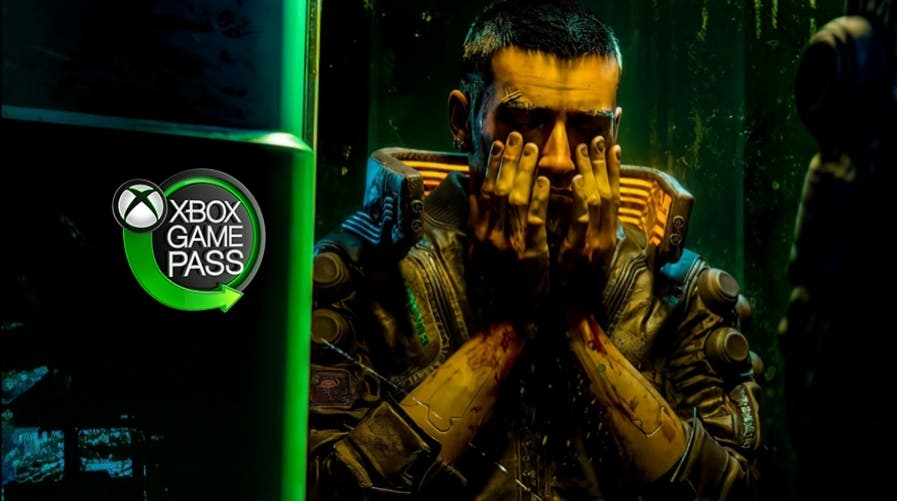 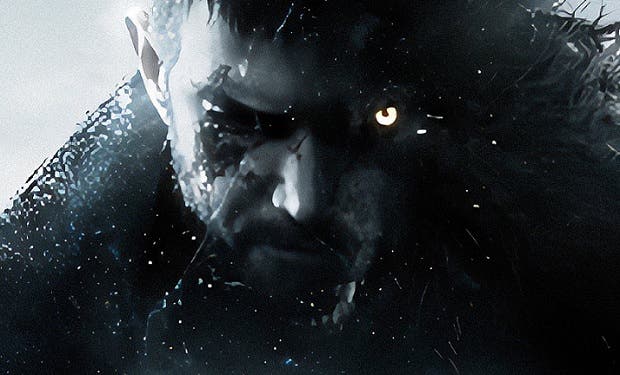 Diego Schwartzman, eliminated at the Australian Open: fell to one of the revelations of the tournament

Dr. Myasnikov called the habit threatening the development of diabetes