Is divorce of the rich in the world a fashion? 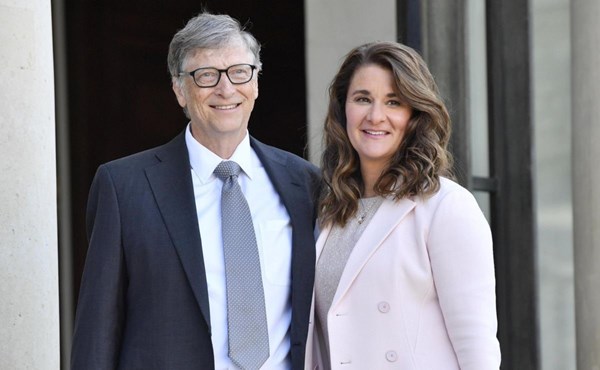 Microsoft founder Bill Gates and his wife Melinda Gates announced their intention to formally separate, many questions, especially since it is the second divorce among the super-rich in the world in recent years.

After the separation of the CEO of “Amazon”, Jeff Bezos, from his wife, MacKenzie Scott, in 2019, which caused a great fanfare, Bill and Melinda, who are considered among the richest 5 husbands in the world, decided to put an end to their 27-year marriage.

The sudden announcement of the divorce comes less than two weeks after they actually appeared at an event for health care workers fighting the Corona epidemic.

Melinda, 56, said in the past that their marriage was “incredibly difficult,” stressing that Bill, 65, works regularly for 16 hours a day, and finds it difficult to allocate time for the family.

Bill is the fourth richest person in the world with his estimated wealth of $ 124 billion, but he would have gotten richer had he not pledged to give at least half of his fortune to charity, after his death.

Back at Bezos, his divorce from his wife Scott turned him into the fourth richest woman in the world, with a fortune of $ 38 billion. It was by far the largest divorce settlement in history.

It is noteworthy that before the settlement of Bezos’s divorce, there was a Russian billionaire, Dmitry Rybolovlev, who paid his ex-wife Elena more than $ 4.5 billion.

There is also the divorce of the French-American businessman, Alec Wildenstein, from Jocelyn Wildenstein in 1999, after 21 years of marriage, as Jocelyn received $ 3.8 billion.

Also, the divorce of Rupert Murdoch, an Australian businessman and one of the biggest domains of media networks in the world, from his wife, Anna Truff, in 1999 after more than 3 decades of marriage, is considered one of the most prominent separations of the wealthy, with the value of the divorce settlement equivalent to 2.6 billion dollars. In favor of the divorced wife.

Today, after the decision of the Gates family, which shocked many people, many questions arise about the value of the divorce settlement, and the amount Melinda will receive from Bill.

A man in California stabs two women of Asian descent

What did the Saudi Vision 2030 achieve?