Is an “exceptional” tax imposed on the world’s rich? 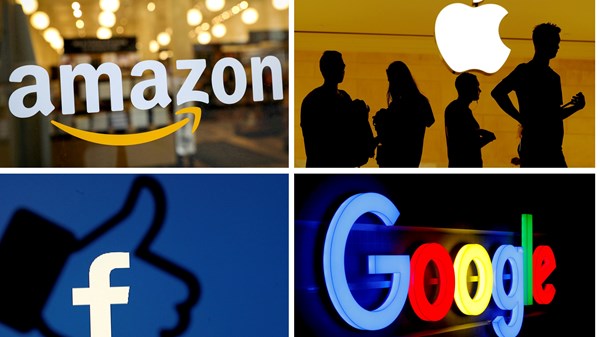 Paris (AFP) – Prominent economists and institutions such as the International Monetary Fund are proposing a tax on big fortunes to shore up countries’ coffers and reduce wide inequality. It seems that this trend will be slow after four decades of declining tax rates on high incomes in all continents. In South Korea, for example, they declined by a record 53 percent between 1979 and 2002.

Economist who specializes in studying economic inequalities, Toma Piketty, called in Le Monde newspaper in mid-April for a “global tax of 2 percent on wealth exceeding ten billion euros.”
Piketty told AFP that this tax would collect one trillion euros annually.
The expert considers it a way to reduce inequalities between the countries of the north and south of the world because “the amounts can be distributed to all countries in proportion to their population.”
Professors Emmanuel Saez and Gabriel Zucman at the University of California at Berkeley have put forward another proposal.
“We should not wait for billionaires to sell their shares,” in order to impose taxes on them, they wrote in an article directed at the new US administration and published by the “Washington Post”.
Tax evasion

The two economists said that the 400 richest Americans possess wealth equal to 18 percent of the GDP of the United States, and their wealth has doubled since 2010, but the likes of Jeff Bezos, the owner of “Amazon”, Elon Musk, the owner of “Tesla”, Larry Page, the owner of “Google”, and Mark Zuckerberg, the director. Facebook is making a “weak contribution to filling state coffers.”
Why is that?

The experts explain that they “organize their projects in a way that makes their taxable income low.” For example, they do not get large salaries and do not sell their shares so that they do not have to pay taxes.
To combat tax evasion, the two economists propose to subject the “unrealized value added” of these billionaires, who are “less than a thousand people”, in the form of an exceptional tax that would raise a trillion dollars.

For his part, Oxfam France spokesman Quentin Barinello estimates that “imposing an exceptional tax on those who made fortunes during the Corona pandemic seems to be an obvious matter now. Away from political divisions, this is a popular measure that is gaining momentum around the world. ”
The estimate of this non-governmental organization is based on an opinion poll conducted by the company “Glocalitis” which shows that 63 percent of the French support a 1 percent tax on incomes exceeding 8 billion euros in order to finance the economic recovery.
Covid tax

With the exception of Argentina and Bolivia, which imposed an exceptional “Covid tax” on major wealth, which is symbolic in the case of La Paz, only a few countries have taken similar action, even in the form of a one-time tax. The issue is not up for discussion in Australia, Germany and Britain, albeit 54 percent of Britons. They support the idea, according to a recent poll.
As for France, which in 2018 abolished the tax on wealth after its introduction in 1989, it excludes any tax increases. French Economy Minister Bruno Le Maire refused to impose any exceptional tax, arguing that there has already been a tax tightening on higher incomes in effect since 2012.
“We love the temporary that lasts,” commented Lemerre sarcastically.
In a statement to “Bloomberg”, the expert, Nobel Prize-winning economist, Angus Deaton, who heads a committee of experts on inequality in Britain, said that such a tax “would be difficult to adopt” and would lead to “strengthening tax evasion.”
Nevertheless, the new US President, Joe Biden, wants to visit the corporate tax to 28 percent to fund a $ 2 trillion recovery plan, reflecting an awareness that the race to cut taxes is no longer sustainable, neither at the budgetary nor at the political level.
The IMF itself, which has long advocated a liberal approach, sees the current context as an “opportunity to reverse” the tendency to shrink tax revenues, and it recommends the imposition of a temporary tax on higher incomes.
The Biden administration does not currently favor this option, but the expected rise in interest rates in the United States will complicate the budget calculations and could prompt it to reconsider the matter.

Italy’s reconstruction plan: Draghi awakens a lust for the future