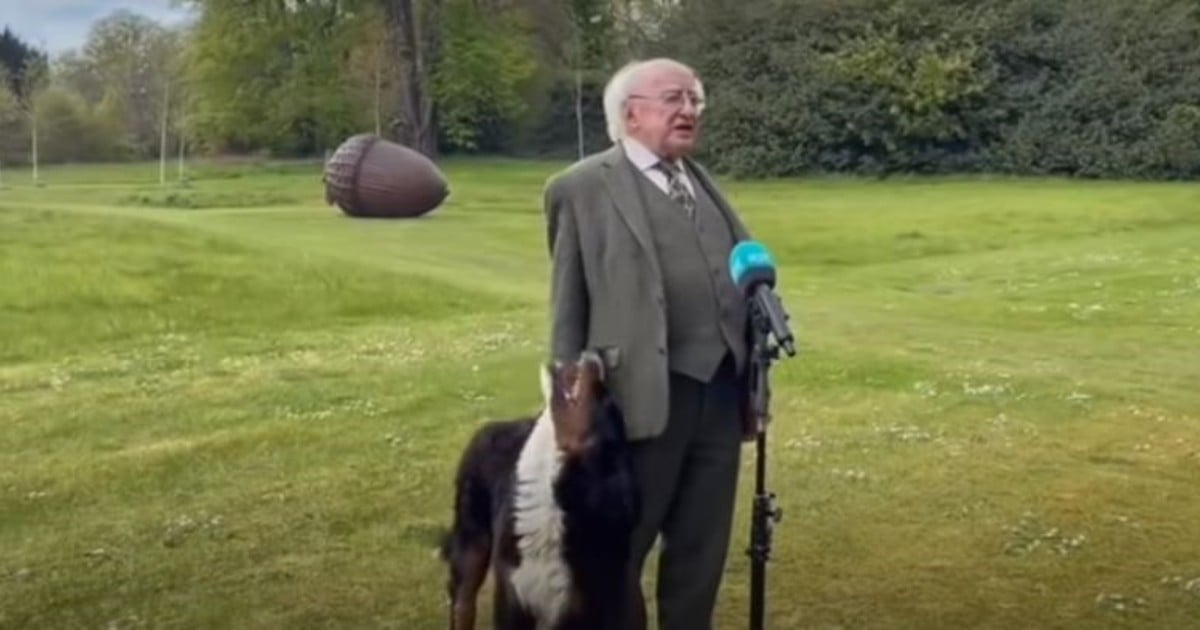 Misneach, the new dog of the president of Ireland Michael D. Higgins, was in the news for doing his thing while his owner paid tribute to a deceased friend.

While Higgins spoke to the media about the loss of the Irish actor Tom hickey, the beautiful Bernese mountain man amused himself by biting his master’s right hand.

The video was captured by a journalist and traveled through social networks until it became a virtual milestone. He broke it on Twitter and TikTok, networks where he garnered hundreds of thousands of views.

Even if Misneach demanded the attention of the politician, Higgins stood firm in your posture to continue the interview. He only gave in “lending” his fingers for the other to play.

Higgins and Misneach on the day of the president’s interview about his friend Hickey. Photo: Instagram.

Irish actor Donal O’Kelly He commented on the video on Twitter and highlighted the empathy that the dog had with his master.

“Michael was talking about his longtime friend, Tom Hickey, who passed away the night before. The dog presumably sensed his deep sense of pain. And I think he finds it comforting. It’s a wonderful moment, ”he wrote.

Higgins dogs are superstars. They even have unofficial Twitter accounts with thousands and thousands of followers.

At the moment, Michael only has two Bernese: Misneach Y Bród (means pride). The minor arrived at the president’s house two months ago after the death of Síoda ​​at the end of 2020, another dog of the same breed.

Misneach and Bród, the current dogs of the president. Photo: Instagram.

Síoda ​​and Brod became world famous for accompanying Higgins everywhere. For example, the duo were present when the president met with Meghan Markle and the Prince harry In Ireland.

The dogs greeting Meghan and Harry on their visit to Ireland in 2018. Photo: Capture Twitter.

They also witnessed the pre-quarantine lunches that Higgins attended. They did not detach from him at any time.

On the day of the animal, the Twitter account of the Irish embassy in Argentina dedicated a message to Misneach and Bród, the current pets of the politician.

“At #DiaDelAnimal we especially greet our beloved pets and Bród and Misneach, the dogs of our President Michael D. Higgins,” they said.

Russia Another mass death of seals in the Caspian Sea: at least 170 dead animals washed ashore