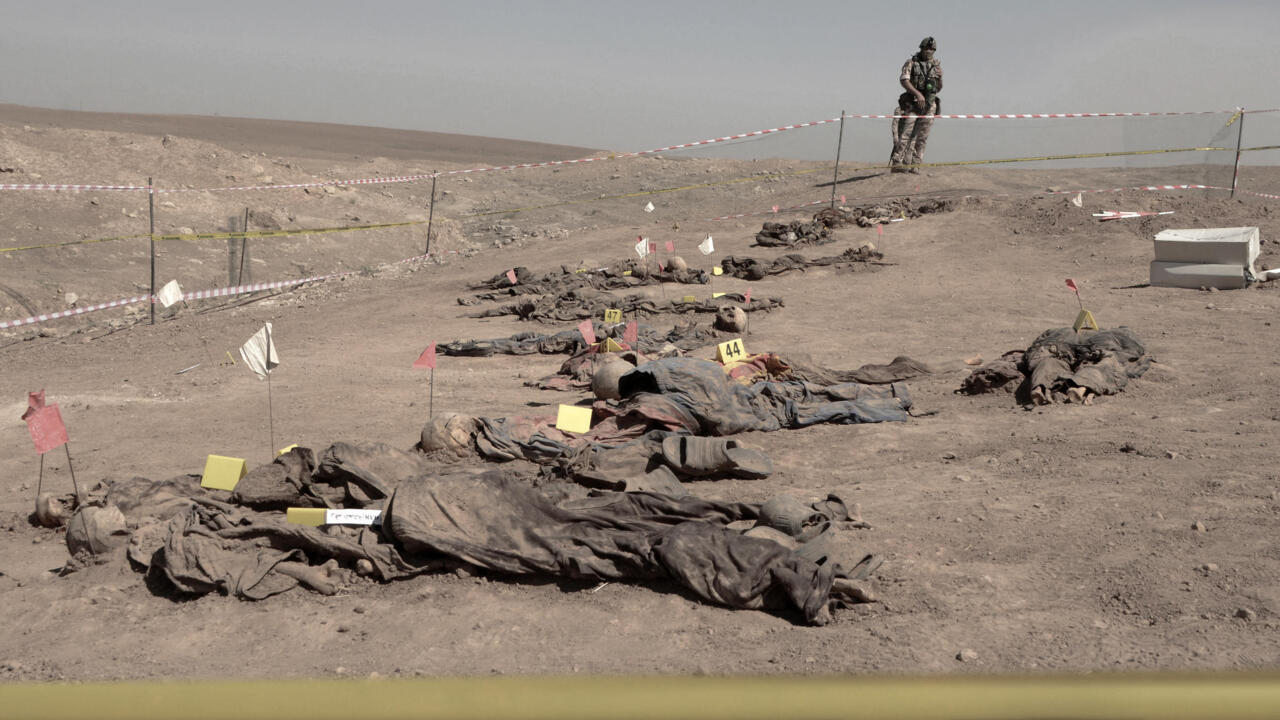 Iraqi authorities announced on Sunday that they had removed the remains of 123 victims of one of the worst massacres of the self-proclaimed Islamic State in the country from a mass grave, to carry out identification tasks. Families have been waiting for years to find out what happened to their loved ones.

For weeks, in Baghdad and other cities in the country, dozens of people have taken blood to try to identify the bodies found in a huge mass grave near the Badush prison, near Mosul, in northern Iraq.

In June 2014, fighters from the jihadist group attacked the prison and freed Sunni prisoners – the mainstream among Muslims – while 583 detainees, mainly Shiites, were put into a truck, driven into a ravine and killed. . It is one of the worst massacres committed by the Islamic State in Iraq.

Seven years later, the Iraqi authorities announced that they had removed 123 of the bodies from the mass grave in order to find answers. In statements to the French AFP agency, Najm al-Joubbouri, the governor of the province of Nineveh, where Badush is located, assured that “thousands of relatives are still waiting to know what happened to his relatives.”

One of those waiting for some kind of information to help him find comfort is Abbas Mohammed, whose son was held in Badush jail during the attack, after being arrested by US troops in 2005. “After 17 years without to know if my son is alive or dead, I need an answer, “said Mohammed.

The tasks of locating and identifying the bodies are arduous

An operation that is not without its challenges, as many of the remains have been charred or have been exposed to the elements for years. Saleh Ahmed, a member of the government commission in charge of identifying the victims, said the working conditions are bad: “The heat is overwhelming. Some remains are tangled and there are snakes and scorpions everywhere.”

Badush’s is one of more than 200 graves left by the so-called Islamic State in Iraq, where there could be up to 12,000 victims, according to the United Nations. In parallel, the nation continues to discover graves belonging to the time of the dictator Saddam Hussein.

This article was adapted from the original in French.

All the rumors of signings of America so far