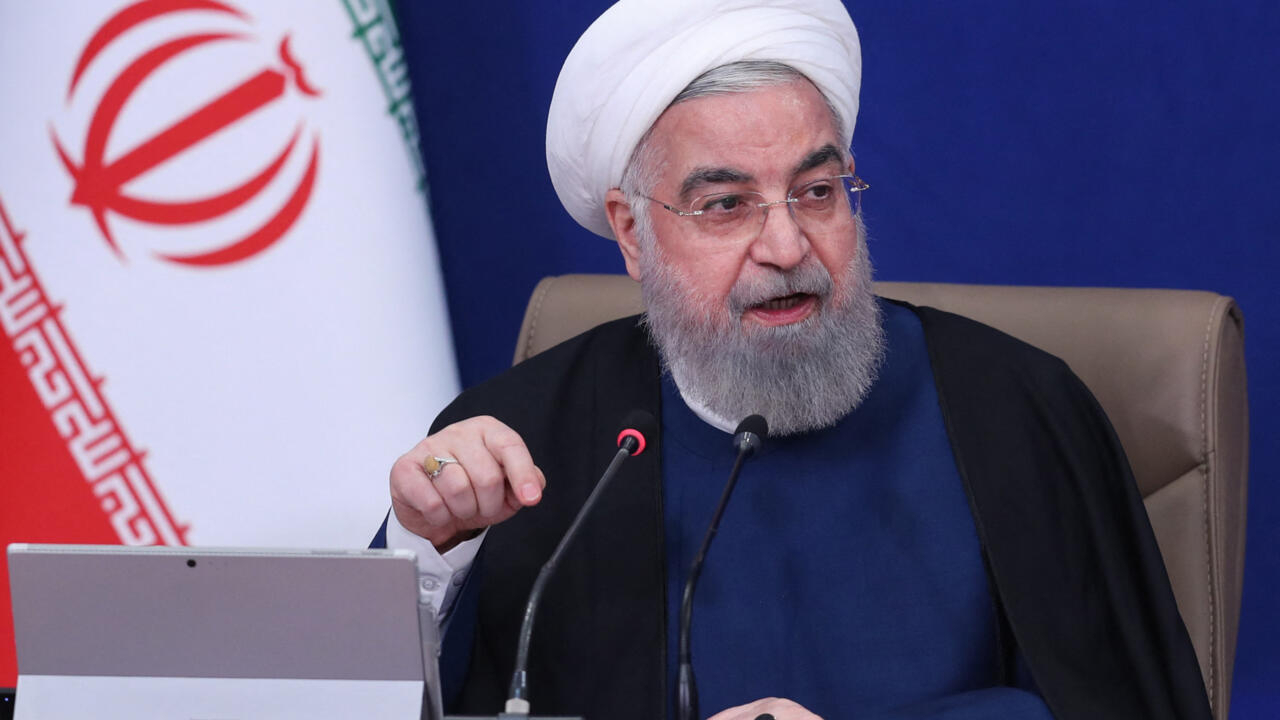 This Saturday, Iranian state television accused a man named Reza Karimi as the author of the sabotage that the Natanz nuclear plant suffered on April 11. Since the event became known, Iran has singled out Israel as the mastermind behind the attack. All amid the talks that are taking place in Vienna between the Persian power and five other countries to try to save the 2015 nuclear deal.

Iran has already singled out a possible culprit for the attack on the Natanz nuclear plant. The information, provided by Iranian state television, points to Reza Karimi, 43, as a suspect in the sabotage.

“Reza Karimi, the perpetrator of this sabotage has been identified by the Iranian Intelligence Ministry,” state television said on Saturday. In addition, he added that the suspect had fled the country hours before the explosion at the nuclear plant, which the Islamic Republic has attributed to Israel from the outset.

Images of the alleged perpetrator of the events were disseminated and the media assured that they had notified a “red alert” to Interpol to detain Karimi in international territory. Interpol declined to comment on the matter.

Details of the April 11 crash are still unclear. But the Iranian government reported that “hundreds of centrifuges” for enriching uranium were destroyed, although they did not give the exact number of damaged devices. However, they affirm that the unused machines of the first generation will be replaced by more modern ones; and they assured that the incident did not cause injuries or contamination.

The head of the Iranian atomic agency, Ali Akbar Salehí, stressed during one of his speeches that “the enrichment (of uranium) never stopped in Natanz” and that only “one of the rooms of the facility was damaged by sabotage.”

Initial reports in the Israeli media, which maintains close relations with its military and intelligence services, blamed a cyber attack for the damage. Iran has denied this hypothesis.

The importance of enrichment of uranium to 60%

Iran’s response after the accident was swift. The Islamic country announced that it was going to start enriching uranium to a level of up to 60%, the closest it has ever come to producing the necessary amount of this element to make a nuclear weapon, for which 90% is needed.

Under this premise, Iran would be in breach of the 2015 nuclear agreement, much higher than the 3.67% of uranium production allowed by it. The agreement was signed by the then president of the United States, Barack Obama, together with France, Germany, China, Russia and the United Kingdom.

But, in 2018, the Trump Administration decided to unilaterally abandon the pact, ending the agreement and applying sanctions on the Middle Eastern country. In response, Iran began to fail to comply with the uranium production agreed in 2020. However, since the presidency of the country it has always denied that they had the intention of making a bomb.

“We could enrich 90% today, but we keep our word and we are not looking for an atomic bomb. You are the ones who have manufactured and stored the atomic bomb and you continue to manufacture bombs. That is what you do. Do not accuse us of making bombs, the Iran’s activities are completely peaceful, “President Hassan Rohani said in early April regarding uranium enrichment.

However, this increase in production continues to worry many Western powers. Since, as you have more enriched uranium, it is easier to produce higher levels with fewer centrifuges – that is, reaching 90% purity is much easier from 20%, and even easier from 60% -.

For his part, the Minister of Foreign Affairs, Javad Zarif, placed the responsibility on the United States and said that it was in his power that “dangerous” incidents such as those of Natanz did not occur again.

Biden / Harris have a clear choice to make:

Either the Obama / Biden deal

No alternative. Not much time. pic.twitter.com/7KD1qvwSDT


“Nuclear terrorism in Natanz has unleashed a dangerous spiral that can only be contained by ending the US economic terrorism started by Trump. Biden and Harris have a clear choice to make: either the Obama / Biden deal or the ‘ultimate failure’ campaign. Trump. There is no alternative. There is not much time, “said the politician through social networks.

Iran has been asking since Joe Biden entered the White House to withdraw the sanctions imposed by Trump in 2018, but the US presidency asks for guarantees that the nuclear agreement will be complied with before lifting them.

Talks in Vienna to save the 2015 nuclear deal

The accident and the increase in uranium production come at a time when Iran is trying to negotiate with world powers to allow the United States to return to the nuclear deal and end economic sanctions.

In Vienna, talks to advance on this matter between Iranian diplomats and the five powers that remain in the agreement continued this Saturday. At the end, Iran’s main negotiator and deputy foreign minister, Abás Araqchí, gave a hopeful message in this regard.

“We believe that the talks have reached a stage where the parties can start working on a joint draft … It seems that a new understanding is taking shape, and now there is agreement on the final goals,” Araqchí said.

For his part, Enrique Mora, the European Union official who chaired the talks, assured that progress had been made in a “not easy” task.

After intensive talks we have taken stock in the Joint Commission. Progress has been made in a far from easy task. We need now more detailed work. Key that everyone is committed to the same objectives: US rejoining the #JCPOA and its full implementation. pic.twitter.com/84CDnzC4nf


“After intense conversations, we have taken stock in the Joint Commission. Progress has been made in a task that is not easy. We now need more detailed work. It is key that we are all committed to the same objectives: the reincorporation of the United States. To the #JCPOA and its full implementation, “said Mora through social networks.

Tensions over nuclear production are still very much alive, but it seems that Iran and the United States could rejoin and respect the 2015 nuclear deal.

Elon Musk won Jeff Bezos a $ 2.9 billion contract from NASA to go to the Moon

Neurologist pointed out a dangerous mistake when training in the gym