Invisible malnutrition: the impact of poverty on child health 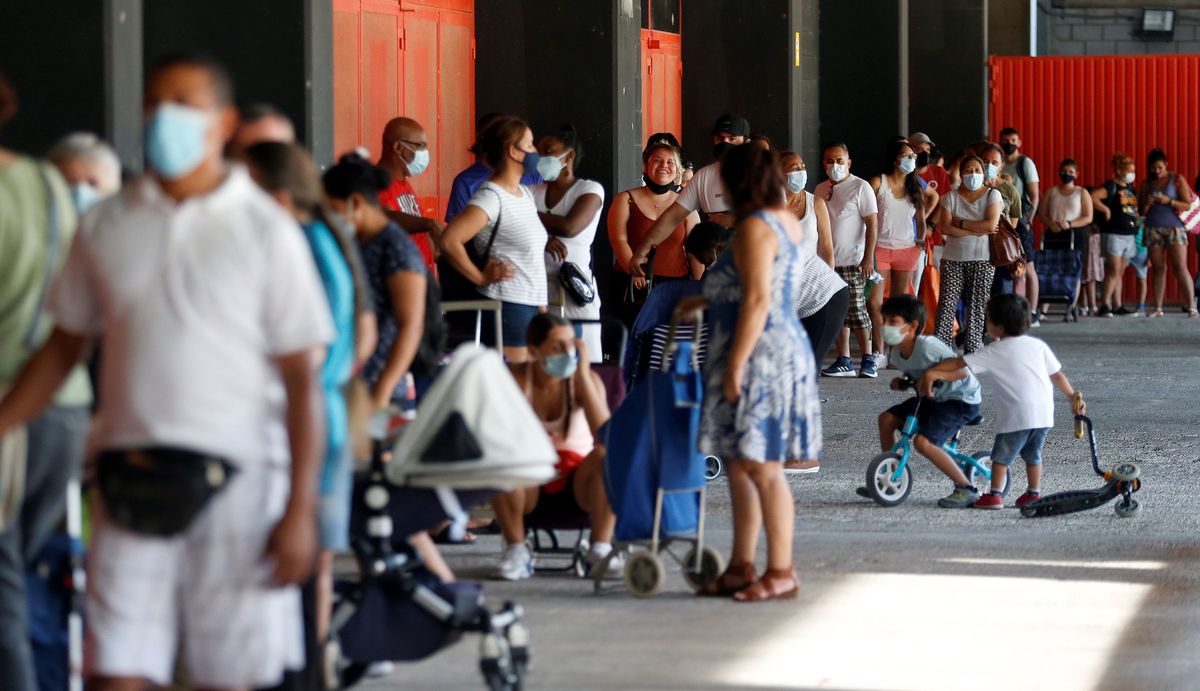 Food insecurity affects children and adolescents around the world. In addition to being a question of children’s rights, it is also a public health problem. In fact, food insecurity is a risk factor for physical (anemia, developmental delay, obesity), psychosocial (worse school performance) and emotional (low self-esteem) health.

On a global scale, the latest report carried out by five United Nations agencies estimates that 30% of the world’s population suffered food insecurity in 2020. Although the COVID-19 pandemic has worsened the situation, it is also seriously warned that the trend was already worrying: food insecurity leads increasing since 2014 ̶ year from which FAO monitors this problem. The report’s forecasts for the coming years are not good either, and the Sustainable Development Goals commitment was to eradicate hunger by 2030. As summarized in the report: “We are not on the right track to end hunger and poverty. malnutrition in the world; in fact, we are going in the wrong direction ”.

Although it seems that food insecurity affects only the most vulnerable regions, it affects 12% of households with minors in Spain

Although it seems that food insecurity affects only the most vulnerable regions of the planet, it is a problem that affects 12% of households with children under 15 years of age in Spain. According to data from the last Survey of life conditions, 5.5% of households could not afford a meal of meat, chicken, or fish at least every other day in 2020 (compared to 3.7% in 2019). As this survey also points out, the at-risk-of-poverty rate is higher in households with dependent minors. All these figures depict a precarious situation where access to a healthy diet is a much more widespread problem than might be thought. However, none of the national studies on food (the National Health Survey in Spain, the ALADINO study, or the PASOS study) collects data to indicate the levels of food insecurity in the child and adolescent population.

On the other hand, the use of averages often renders the most vulnerable children invisible. A study carried out in Catalonia Among the adolescent population, it revealed that 18.3% lived in households with some type of food insecurity. In 2017, the Madrid City Council conducted a study to know the nutritional status of the child population, between 3 and 12 years old, enrolled in the city. At the global level, very similar estimates were obtained: 17.9% of children suffered from food insecurity at home. However, this survey also revealed a marked line of inequality between the highest and lowest income districts: only 8.3% of the children in Retiro, Salamanca, Chamartín, Chamberí and Barajas suffered from food insecurity compared to 25.1% % of the children of Carabanchel, Usera, Puente de Vallecas and Villaverde. And this without taking into account that the most vulnerable groups – in an irregular situation, not in school, or in institutions – do not appear in these official statistics. Therefore, within the measures aimed at improving data collection, we must pay special attention to the specific needs of these groups.

Only 8% of the children of Retiro and Salamanca suffered food insecurity, compared to 25% of those of Carabanchel and Puente de Vallecas

In our context it is obvious that food insecurity is a matter of social inequality, which continues to increase. Given the lack of resources at home, parents have to resort to cheaper products, of low nutritional quality, little or no healthy: the perfect breeding ground for the onset of cardiovascular diseases, obesity, or diabetes in adulthood . Eating well costs, and many families find it much more difficult.

The good news is that there are measures that can be taken to alleviate the food insecurity situation among the most vulnerable people. However, social assistance and political will are lacking. In fact, during the closure of schools due to the pandemic, many children who depended on school canteens to maintain their nutrition have gone hungry. Some social measures, such as those adopted by the Community of Madrid, do not help mitigate the problem either. Thus, households in situations of food insecurity are forced to go to food banks ̶ mainly managed by religious entities and various volunteers ̶ that mostly offer non-perishable food due to the logistics and conservation of fresh products. According to data from the Spanish Federation of Food Banks, demand increased by 50% in 2020.

In view of the effects on the health and well-being of the child and adolescent population, urgent measures are needed to guarantee access to a healthy diet, especially among the most vulnerable groups of children and adolescents.

Julia Diez (@ JuliaDiez91) is a Doctor in Epidemiology and Public Health and investigates inequalities, food and health.

NOURISH WITH SCIENCE is a section on diet based on scientific evidence and knowledge verified by specialists. Eating is much more than a pleasure and a necessity: diet and eating habits are right now the public health factor that can help us the most to prevent many diseases, from many types of cancer to diabetes. A team of dietitians-nutritionists will help us to better understand the importance of food and to break down, thanks to science, the myths that lead us to eat badly.