Investing Finland is the cradle of European startups, and now private equity investors are striving to make a billion companies a year – “You don’t need many top companies when it’s a joy for many” 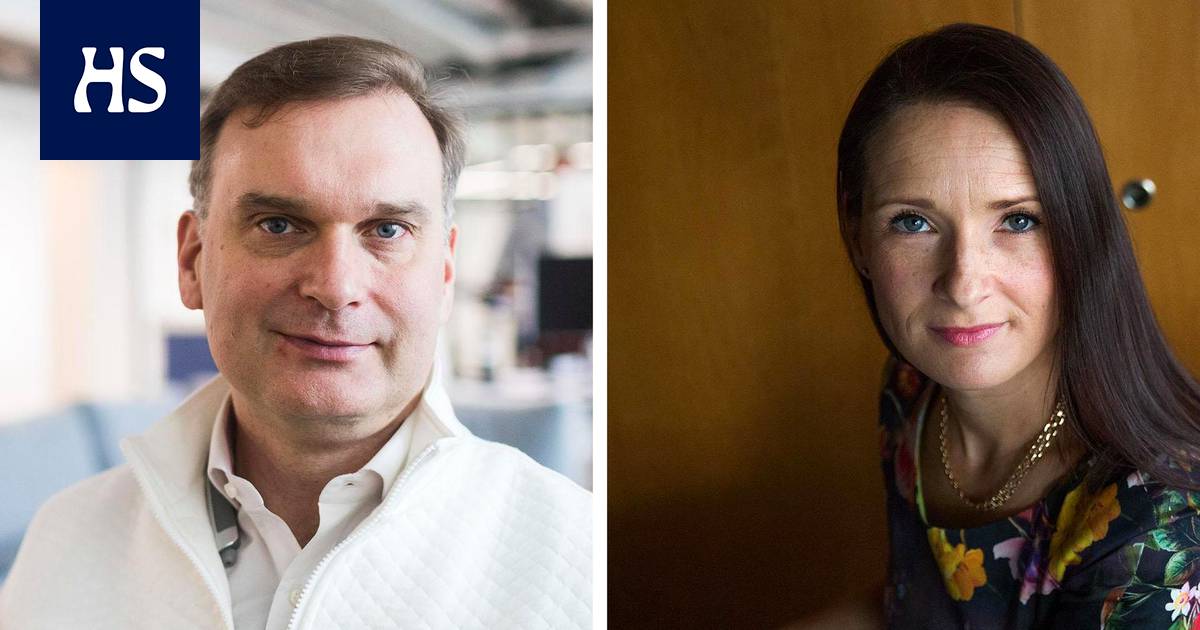 Last year’s official information on the capital received by Finnish growth companies has not yet been published, but the CEO of the Venture Capitalists Association Pia Santavirta says they are briskly reaching another record again.

Already in 2019, the amount rose to more than 500 million euros, when new capital investments received from Finnish and international private equity investors and angel financiers are included, Santavirta says.

According to him, there are already an exceptional number of growth companies in Finland on a European scale.

“The number of start-ups is the fourth largest in Europe in terms of population.”

Denmark, Ireland and Estonia are ahead.

The situation of Finnish growth entrepreneurs looks even better if we compare the amount of hedge fund funding received by Finnish startups in relation to Finland’s gross domestic product. Finland is number one in that.

In years In 2015–2019, Finland doubled the amount of risk money coming to growth companies.

“[Sanna Marinin hallituksen] by the end of the government in 2023, we could still double – to a billion euros a year! ”

That amount would cover both investments from foreign funds and angel investments in early stage companies.

Coronavirus When hit in February – March, private equity funds for growth companies were ringing like no other.

“At that time, visibility was zero,” founding partner of the Maki.vc fund Ilkka Kivimäki says.

“We spent two weeks with each company going through the financial situation and what Korona means to them and what is being done.”

According to Kivimäki, for companies offering software to restaurants and hotels, for example, the slowdown was necessary. Instead, the digital leap coming to products and services offered directly to e-commerce and consumers brought huge opportunities.

“Some pressed the brake and others throttled.”

Stone Hill and Santavirta say that Finnish private equity investors, like many other investors, were surprised at how quickly the states and central banks agreed on economic support measures.

After the financial crisis of 2008–09, when almost 60 per cent of foreign financiers withdrew from the Finnish growth financial market and it took five years to rectify the situation, now confidence has been restored in a few months, Santavirta says.

According to Kivimäki, the recovery was helped not only by the large increase in central bank money but also by the fact that the so-called funds in late-stage growth companies were crammed with money looking for investment targets.

Both praise decision-makers and the public sector for their promptness.

Industry Investment Tesi was quickly given a mandate for a EUR 250 million financing package. With the withdrawal of the foreign investor in the package, the domestic investor could be replaced by Tesi taking a pot corresponding to the foreign investor’s capital, if necessary.

In this way, the development path of the most promising growth companies could be secured.

Kivimäki says that he shares the annual target of one billion euros for 2023 mentioned by Santavirta.

Slush event Kivimäki, known as his father, says that towards the end of the year, the valuation levels of more than 50 million more mature growth companies in particular have risen.

In Finland already has a strong reputation as a developer of gaming companies.

Santavirta and Kivimäki will raise various areas of sustainable development, materials technology, climate growth companies and food technology, as the next possible areas of future success, not forgetting, of course, the IT companies that go deeper into science.

According to Kivimäki, many Finnish investment companies are now trying to increase the number of successful companies in the funds “to the end”.

“So you want to grow really big. There is no unreasonable rush to fund. ”

“The good thing about Finland is that when there are just over five million people, you don’t even need an awful lot of top companies when it’s a joy for many.”

Opening of sessions 2021: Alberto Fernández pointed against Justice, spoke about VIP vaccination and advanced a complaint against Macri

In Georgia, the court arrested the oppositionist Melia