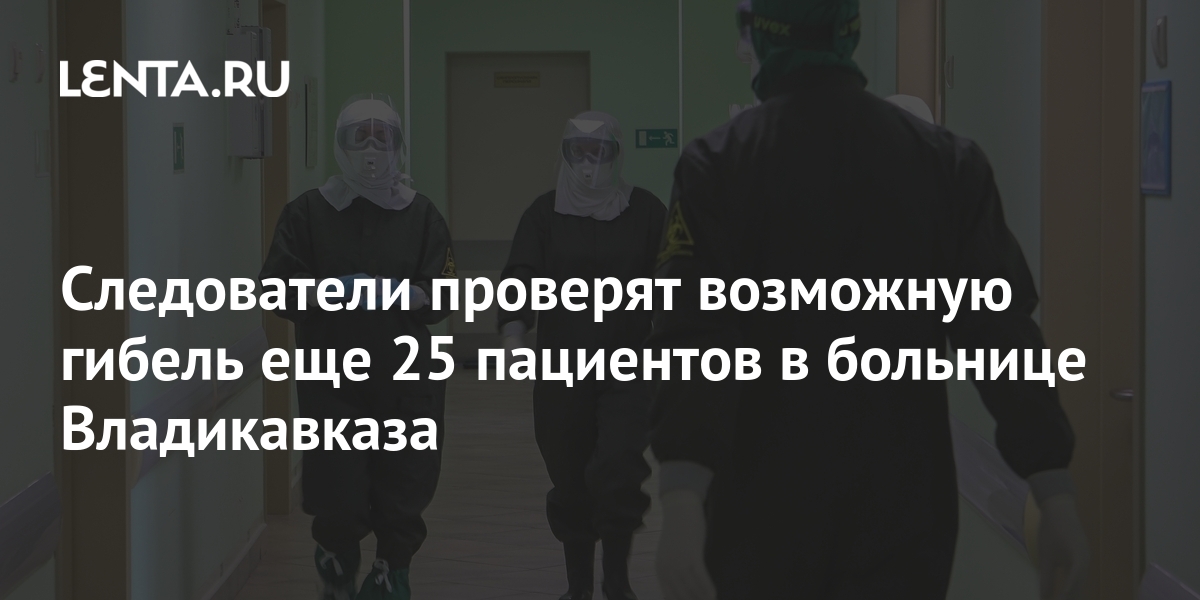 In the Vladikavkaz hospital, where 11 people died after the breakthrough of the oxygen pipe, another 25 patients may have died earlier. This version is being checked by investigators, approves Baza edition.

The investigation is verifying the information that patients began to die due to lack of oxygen a few days ago. According to some reports, the pressure in the system dropped on the night of August 7-8 and the patients received a gas-air mixture that was insufficiently saturated with oxygen. In one night, at least 10 people could have died in the hospital.

From 8 to 9 August, the situation continued to deteriorate, writes Baza. Another 15 people died during the day – this version has not yet been confirmed.

According to the newspaper, the hospital management decided to raise the pressure in the oxygen supply system to the maximum, but the pipes could not stand it and an accident occurred.

The head physician of the medical institution, Vladimir Pliev, is suspected of negligence. According to the investigation, he allegedly knew about the problems with the oxygen supply system, but was inactive.

Earlier it was reported that on August 9, 11 patients with COVID-19 died in a clinical hospital in North Ossetia due to a breakthrough in an oxygen pipe. The authorities said two of them did not die because of the accident. As added in the regional Ministry of Health, the main reason for the incident was a systemic failure.

Fernando Madrigal, the great winner of the preseason with América

Morena asks authorities to campaign in favor of popular consultation