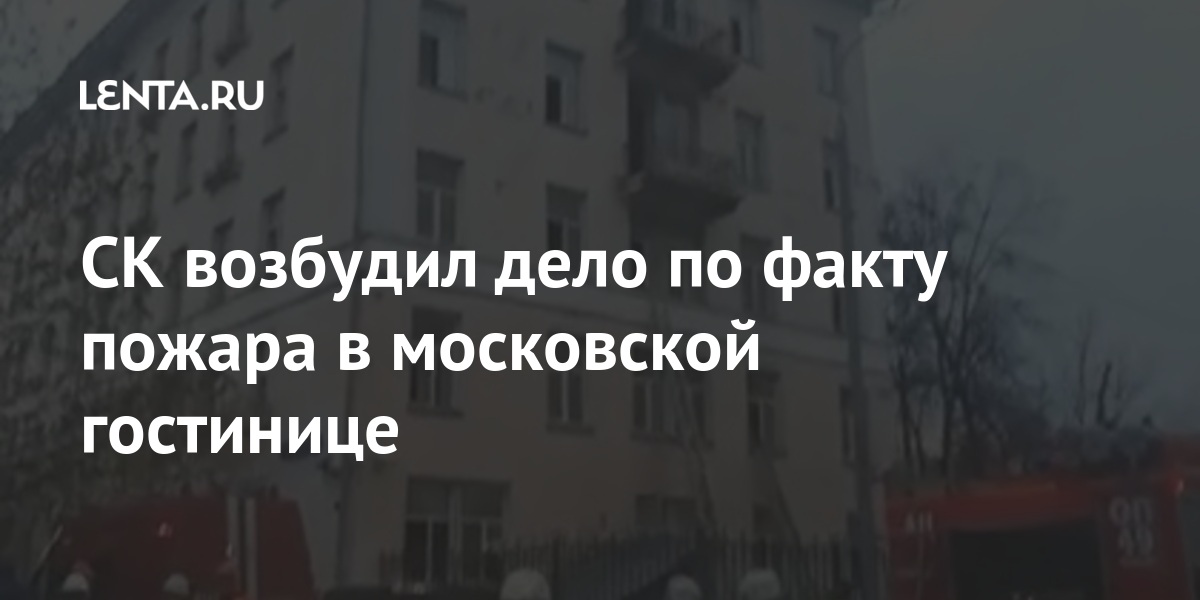 The Investigative Committee of Russia opened a criminal case on the fact of a fire in the Moscow hotel “Vechny Zov”, as a result of which one person died. It is reported by TASS, referring to the statement of the press service of the UK.

“Investigative bodies of the Investigative Committee in Moscow have opened a criminal case on the grounds of a crime under Article 238 of the Criminal Code of the Russian Federation (provision of services that do not meet safety requirements, resulting in the death of a person),” the department explained.

The UK noted that they intend to conduct several examinations to determine the cause and focus of the fire. In addition, they will check if the fire safety measures in the hotel were in accordance with the statutory requirements.

The department confirmed the information that one person died as a result of the fire. The department also added that among the victims there are minors, they are provided with medical assistance.

Earlier on May 4, it was reported that in a fire in a Moscow hotel located at 6 Kozhukhovskaya, 26, the bodies of three victims were found. The Ministry of Emergency Situations denied this information.

At the time of the fire, there were 305 people in the building, some of the people were evacuated.

Survivors of the Mexico Metro tragedy: 'People began to cascade'

Özdemir bursts the collar because of Baerbock tip at Lanz: “If it goes after that …”

Asteroid mission Osiris-Rex: NASA probe on its way back to Earth