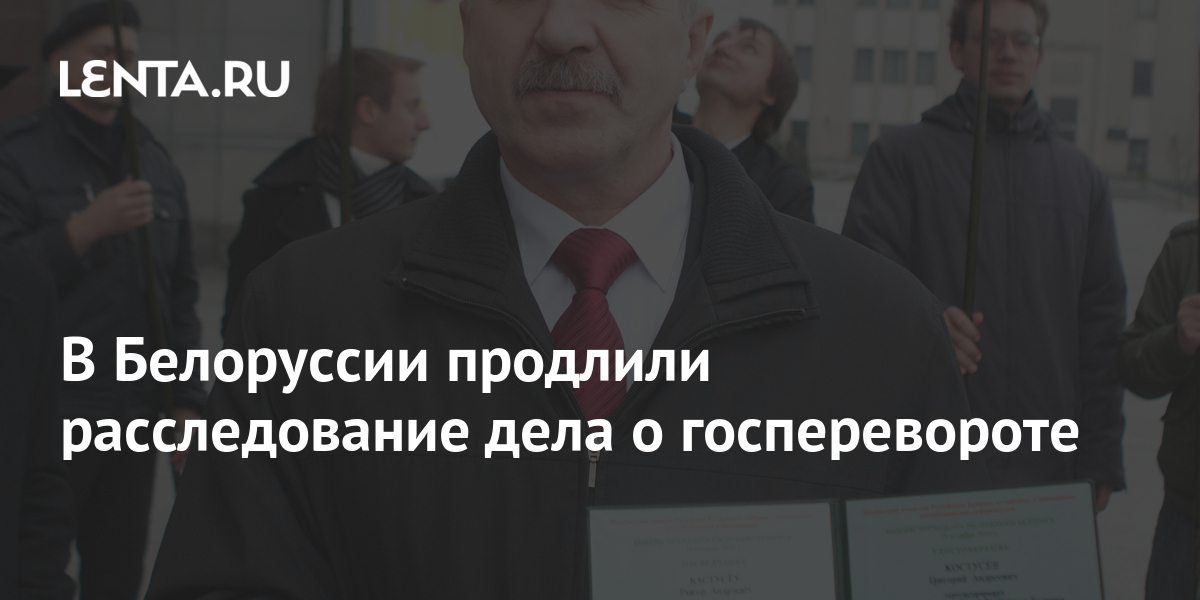 In Belarus, the investigation of the criminal case on the coup d’etat was extended until October. Dmitry Antonchik, the son-in-law of one of the defendants of Grigory Kostusev, informed the Interfax-West news agency.

“The Prosecutor General’s Office has extended the investigation of this case. And the term of Grigory Kostusev’s detention in custody was extended to six months, ”he said.

In April, President of Belarus Alexander Lukashenko announced that an attempt was being made on him and his sons and that the US special services were involved. According to Lukashenka, his murder was approved by the leadership of the United States.

In Moscow, former associate of the Belarusian President Alyaksandr Feduta and lawyer Yury Zenkovich were detained, in the republic itself – the leader of the opposition party “Belarusian Popular Front” (BPF) Grigory Kostusev.

The FSB of Russia stated that Zenkovich and Feduta were planning a military coup in Belarus “according to a worked-out scenario of” color revolutions “with the involvement of local and Ukrainian nationalists” and the “physical elimination” of Lukashenko.

The purpose of the conspirators, according to the Chekists, was to change the constitutional order and create a Committee for National Reconciliation. Zenkovich planned to become the curator of the Belarusian parliament and the legal system, Feduta – to carry out political reform, the FSB argued.