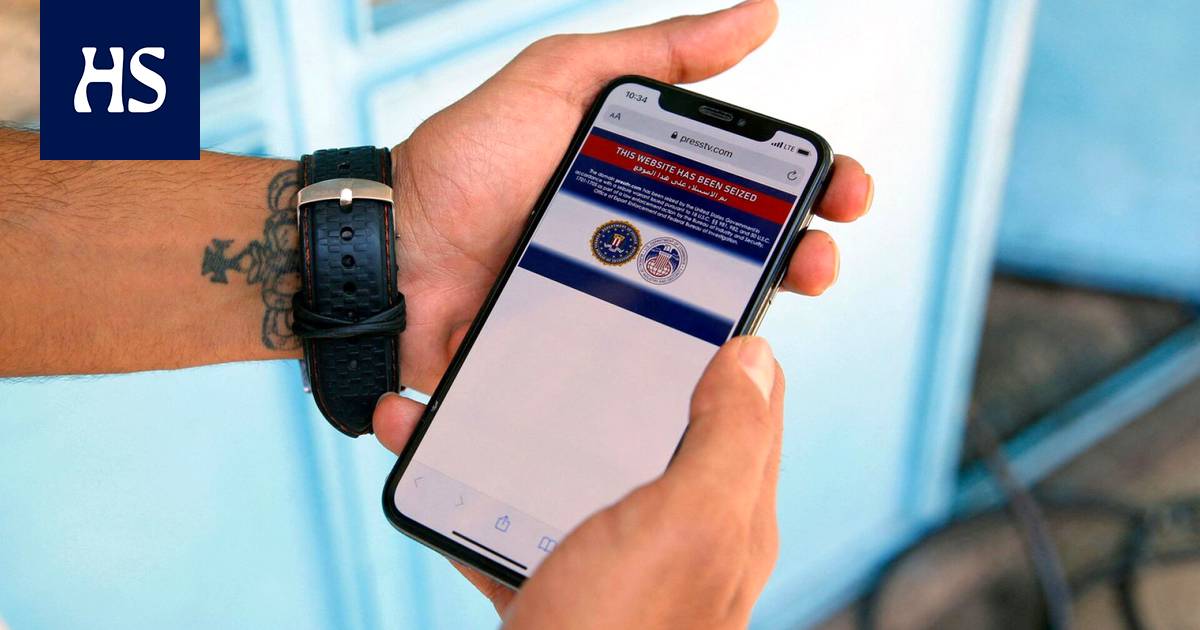 United States closed the websites of more than 30 Iranian actors during Finnish time on Tuesday evening. These include, for example, the Iranian regime’s English-language news channel Press TV and its Arabic counterpart, Al-Alam.

The US Department of Justice reports this on their website, as well as the news agency Reuters.

Part of the website belonged to Kata’ib Hizballah, which is subject to U.S. sanctions because it is classified as a terrorist organization. The pages of the Iranian-backed Yemeni Huthi-run TV channel Al Masirah were also shut down.

This is not the first time that the United States has shut down the websites of actors at odds with its foreign policy. In October, a U.S. prosecutor ordered the closure of a network of Iranian Revolutionary Guard Corps websites on the grounds that they were spreading disinformation.

Now, the reason for closing many closed media sites is that their maintenance is subject to U.S. sanctions. This means that the subject of the sanctions must apply to the OFAC Sanctions Office for a case-by-case license in order to continue operating in places where U.S. jurisdiction extends.

In practice, however, applying for a license does not mean obtaining a license.

United States imposed sanctions on the Iranian Radio and Television Union (IRTVU) last October. The Union had not applied for a license to extend the sanctions of OFAC, but the Iranian Press TV website, for example, was available at presstv.com. Site ip address was until Monday owned by a Danish company, until it was taken over by the U.S. Amazon on Tuesday.

On Tuesday night, Finnish time, Press TV ceased operations, as did a total of 35 other sites.

In Iran was voted on Friday in the presidential election, which appears to have been won by an extreme conservative Ibrahim Raisi. The turnout was about 49 percent.

The U.S. State Department commented on the election results on Saturday statingthat the Iranians were denied free and fair elections.