Internet An ambitious broadband project took part of Finland to the brink of crisis: “There is no way to tell this a successful story,” says former Minister Mauri Pekkarinen 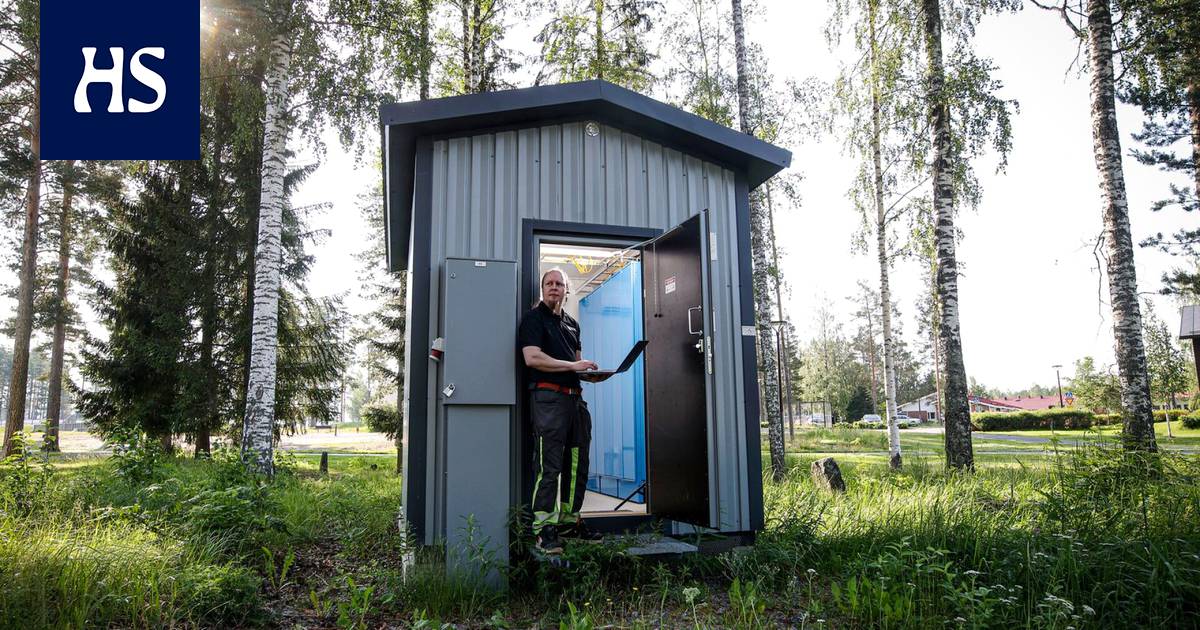 EUR 90 million in public support has already been spent on broadband construction. In the coming years, tens of millions of money will be spent again.

Supported The construction of broadband subscriptions is at a turning point in Finland.

Launched more than a decade ago, the ambitious goal of the broadband support program was to provide millions of high-speed and fixed Internet connections across the country by 2015.

The goal was not achieved. Instead, the result was the financial difficulties of the small municipalities and criminal suspicions.

In the coming years, more than EUR 70 million in support will be channeled again for broadband construction. Prime minister Sanna Marinin (sd) According to the government program, Finland is committed to the EU’s goal of having high-speed broadband available to everyone by 2025.

Broadband for everyone. It was the prime minister Matti Vanhanen the name of the support program initiated by (central) another government.

The goal was for almost every Finnish household and company to have a 100-megabit network connection within a maximum of two kilometers by 2015.

It was a matter of regional policy: there was a desire to support broadband connections in areas where they are not being built on market terms.

Broadband projects were funded between the state, the EU, municipalities, commercial operators and property owners. It was estimated that the support program would bring 130,000 new households and businesses to broadband.

The Broadband for All project was renamed High Speed ​​Broadband.

In 2010, the EU target wasthat by 2020, half of European households would be covered by 100 megabit broadband.

Finland the goal proved too ambitious. Along the way, the Broadband for All project was renamed High Speed ​​Broadband.

One problem was that large commercial operators were not interested in digging a fiber optic cable to the rear villages. They focused on 3G and 4g networks for mobile devices.

Municipalities set up companies and cooperatives for the projects. Expensive fiber optic construction was not profitable for many.

State Audit Office in a follow-up report published a year ago it is noted that the finances of several municipalities have deteriorated as they have participated in the projects with a greater financial investment than intended by law.

One the saddest cases can be found in central Finland. Last year, Verkkoholding, a company jointly owned by ten municipalities, underwent debt restructuring.

The company’s loans of approximately EUR 30 million fell to be paid by the owner municipalities. The company is scheduled to pay debts to the municipalities of five million euros over the next 18 years.

For example, in the Kyyjärvi crisis area, a guarantee liability of EUR 2.3 million was believed to be the last nail in the coffin in terms of the municipality’s independence. However, the municipality will avoid forced affiliation, at least for the time being.

Operational activities are run by the Central Finland Fiber Optic Networks, a company owned by the holding company. Its CEO Janne Paunonen says the situation has now calmed down.

“The parent company has been reorganized in the sense that now the debt in relation to the size of the business is at the right level.”

Before Central Finland’s Fiber Optic Networks in the area were built with broadband support by the South Ostrobothnian cooperative Kuuskaista. When it ran into financial difficulties, the municipalities decided to set up a jointly owned company to continue the projects.

Already completed and unfinished fiber optic networks were purchased from Kuuskaista. It was expected that the state would receive less than five million euros in support.

The funding collided with state aid rules: FICORA at the time estimated that the guarantee decisions made by the municipalities were not market-based.

The look was turned to the owners, who raised about three million euros. Core networks were built in the municipalities, but the connections could not be connected to the networks.

“An expensive barn is being built, but you can’t afford to buy cows,” Paunonen compares.

“We missed 1,900 orders because the funding base was lost.”

Middle Finland there is also a criminal suspicion associated with the construction of broadband. In June, the Central Criminal Police completed a preliminary investigation into the activities of the municipal leader.

The person acted as a rapporteur in the support decisions made by the municipality. The suspicion of a crime is whether the risks associated with the project had been assessed.

The Central Criminal Police has not identified which municipal leader has been the subject of its preliminary investigation. The suspected criminal offense is a breach of duty, which indicates an intentional act.

Downtown Central Finnish veteran politician, MEP Mauri Pekkarinen was the Minister of Economic Affairs when the support program was launched.

“There is no way to tell this a successful story,” Pekkarinen says now.

According to him, a well-meaning project embarked on the wrong path right from the start, when large telecommunications companies could not be made to implement projects.

The broadband project belongs to the administrative branch of the Ministry of Transport and Communications. According to Pekkarinen, the state should have patrolled companies to join. One way could have been to tender for project areas, for example as provincial-sized areas. In that case, the companies would have had to submit an offer that included both commercially viable areas and areas in need of public support.

“Perhaps it would have happened that very small players would not have been able to get involved from the beginning. But those who were very small and very weak on the move might not have had to get in. ”

Mauri Pekkarinen from the city center is upset that broadband construction has caused financial difficulties in his home province of Central Finland. Picture: Jukka Gröndahl / HS

Municipalities in financial difficulties should have been supported, Pekkarinen says. EU state aid rules would have been more flexible where necessary.

“This would have been easy to drive through in Brussels, I think.”

Support The High Speed ​​Broadband project was granted until 2019. The payment of subsidies will continue for next year.

A total of EUR 90 million in public support has been paid for completed projects, of which EUR 46 million is state aid.

In addition, the ELY centers have paid EUR 18 million in EU rural development money and the municipalities have paid a total of EUR 26 million in their own statutory contribution.

Thus, about 4,000 euros have been spent on one completed network kilometer. The price of the subscription in use will be approximately EUR 2,800.

In total, the state granted EUR 76 million under the support program.

Traficom’s communications market expert Essi Hytti estimates that, if the unfinished projects are completed as planned, the original target of 130,000 new households and businesses with high-speed broadband will also be met.

However, it would be years late.

This a new broadband subsidy law came into force at the beginning of the year. A significant change is that now, in addition to fiber, a fixed wireless connection based on 5g technology can be supported. Support is also available for holiday homes.

The symmetry requirement has been removed from the support conditions, ie in addition to optical fiber, mobile technology can be supported.

CEO of Ficom, the Finnish Federation of Telecommunications and Information Technology Elina Ussa considers the reform to be good. Ficom represents national and local telecommunications companies.

“Allowing technologies to compete with each other,” Ussa says.

Five million euros of state money have been set aside for the new program. In addition, the EU Recovery Fund is intended to channel EUR 50 million into broadband, and the EAFRD will receive a further EUR 16 million in recovery money.

When the decision on recovery funds is finally reached, EUR 50 million would be distributed through a national support program. In that case, the EU regulation is likely to reintroduce a symmetry requirement due to the EU regulation, so in practice the funds would be directed to fiber.

According to the government program, all households should have access to at least 100 megabits of connections in 2025.

New In connection with the support program, so far only the provincial associations of Satakunta and North and South Savo have launched an application procedure for broadband subsidies.

“I have a bit of a feeling that no one here dares to go for it. That’s how much has come into the jacket. ”

On the other hand, there is interest in the EUR 16 million coming through the EAFRD, as the municipality’s contribution is not a condition for receiving it.

GOVERNMENT PROGRAM according to which all households should have access to at least 100 megabits of connections in 2025.

Ministry of Transport and Communications and large telecommunications companies made a commitment last year, according to which the parties will accelerate the construction of high – speed broadband connections.

According to Ficom Ussa, the development of communications networks is now so fast that the goal will be achieved.

“All reason is to believe that the pace of development will continue.”

Traficom’s Cabin is more cautious in its assessment.

“It’s challenging considering how scattered we live in the countryside.”