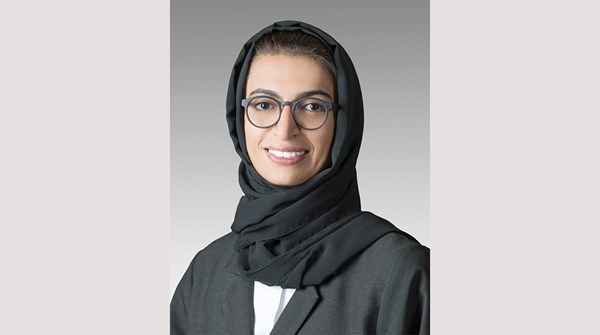 A group of international religious leaders and officials met last Thursday to discuss practical steps aimed at strengthening human fraternity in Iraq, in a virtual symposium organized by the Higher Committee for Human Fraternity, nearly three months after the visit of His Holiness Pope Francis, Pope of the historic Catholic Church to Iraq.
Cardinal Miguel Ayuso, member of the Higher Committee for Human Fraternity who accompanied Pope Francis during his visit to Iraq, said that Pope Francis’ visit was “another milestone on the path of interfaith dialogue,” noting that the visit followed the steps of the signature event of His Holiness Pope Francis and His Eminence The Grand Imam Ahmed Al-Tayeb, Sheikh of Al-Azhar, Human Fraternity Document of 2019 in Abu Dhabi.
For his part, His Excellency Hassan Nazim, Minister of Culture of Iraq, said that every station the Pope visited during his visit to Iraq carried a special message to the Iraqi people and the region, which is an implementation of the Human Fraternity Document, praising the role of the UAE government in rebuilding houses of worship destroyed by terrorists in Iraq.
The United Arab Emirates has pledged more than $50 million to rebuild cultural heritage in the Iraqi city of Mosul, including the reconstruction of two Christian churches and the 12th-century Al-Nuri Mosque, which was destroyed by the terrorist organization ISIS.
In her speech, Her Excellency Noura bint Mohammed Al Kaabi, Minister of Culture and Youth, said: His Highness Sheikh Mohamed bin Zayed Al Nahyan, Crown Prince of Abu Dhabi and Deputy Supreme Commander of the Armed Forces, has shown great interest in this project since its launch, and it is a project that began in conjunction with the announcement of the reconstruction of a mosque. Al-Nouri, and His Highness did not want the destruction of this mosque to be the last memory that remains for the city of Mosul.
Al Kaabi stressed that both the United Arab Emirates and Iraq have a strong historical relationship.
In his intervention, Ernesto Otton, Assistant Director-General of UNESCO, explained that UNESCO is working “in full coordination” with the United Arab Emirates regarding the reconstruction work, which is not limited to the heritage buildings in Mosul, but also includes reviving the spirit of this spirit. Iraqi city.
He said that the project launched by “UNESCO” under the slogan of reviving the spirit of Mosul was able to unite the efforts of Christians and Muslims together to rebuild the city, through reconstruction, culture and education works.
Father Olivier Bouquillon, the representative of the Dominican regime in the project for the reconstruction of Mosul between UNESCO and the United Arab Emirates, pointed out that Christians and Muslims believe in the importance of their presence together and their union to complete the bright image of Iraq.. He stressed that the well-being of all segments of the diverse Iraqi people is essential for the future of this country. .
For his part, Cardinal Louis Sako, Patriarch of the Chaldean Catholic Church in Babylon, said: We count on the Higher Committee for Human Fraternity to implement the messages that His Holiness Pope Francis addressed to the Iraqis and all the people of the region, not only Christians, praising the role of the UAE represented in hosting it by the Higher Committee of Human Fraternity Enact legislation that encourages diversity and pluralism, and supports religious, cultural and social tolerance.
In his speech, Dr. Sayed Jawad Al-Khoei, co-founder of the Iraqi Council for Interreligious Dialogue, said: The visit of His Holiness Pope Francis to Iraq united Iraqis, spread a spirit of peace and optimism, and strengthened constructive communication in Iraq and the region, calling on religious leaders to work to highlight the highest moral values ​​and commonalities between religions and to implement Mind to resolve any differences.
For his part, Counselor Muhammad Abd al-Salam, Secretary-General of the Higher Committee for Human Fraternity, said: The insistence of His Holiness Pope Francis to support the Iraqi people, despite the challenges that surrounded the visit, clearly expresses the humanitarian orientation of His Holiness and his keenness to support the Iraqi people, expressing his confidence that the visit of the Grand Imam A. Dr.. Ahmed Al-Tayeb’s prospects for Iraq will enhance solidarity with the Iraqi people and strengthen their unity and cohesion.
Abdul Wahab al-Samarrai, imam and preacher of the Great Imam Abu Hanifa al-Numan Mosque in Baghdad, stressed that the Iraqi people are looking forward to the visit of the Grand Imam, Dr. Ahmed al-Tayeb, which will have great weight and influence, and will support the cohesion and unity of Iraqis, calling for the establishment of an Iraqi family home. Similar to the Egyptian Family House, which was established by His Eminence the Grand Imam, Sheikh of Al-Azhar in 2011 to strengthen relations between Muslims and Christians.
At the conclusion of the symposium, Counselor Abdel Salam confirmed that the Higher Committee for Human Fraternity will strongly participate with the Iraqi people in promoting the principles of brotherhood and coexistence, so that Iraq will return as it has always been great in its cohesion, coexistence and humanity.