International Malbec Day: why Argentina’s is the best in the world 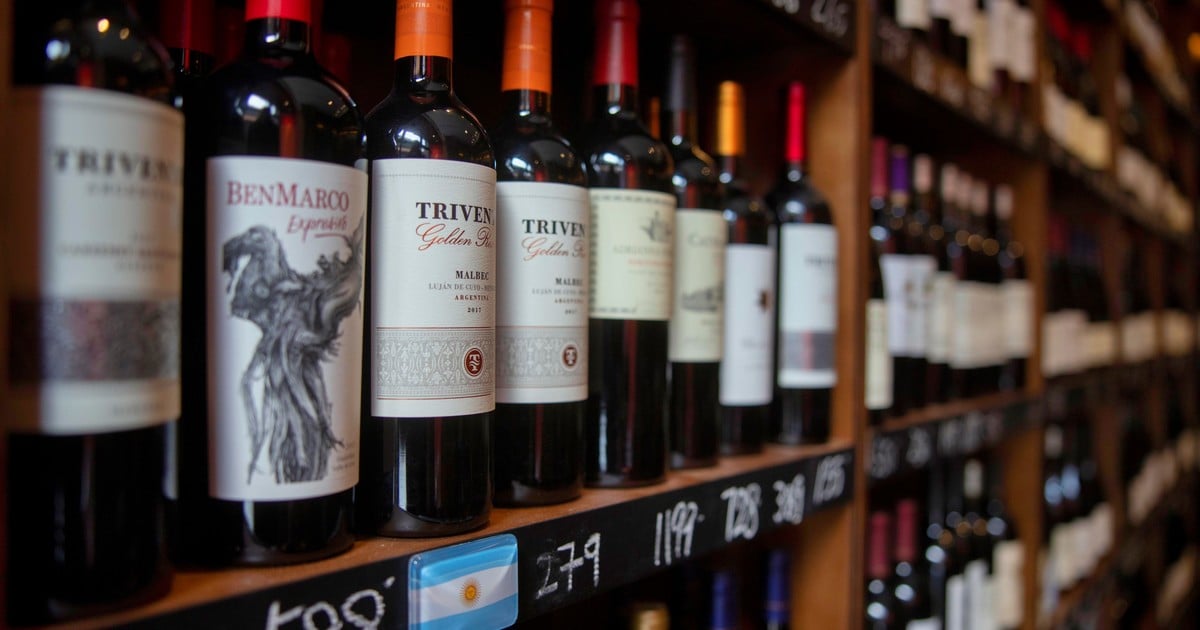 In tune with the history of the country, the Argentine Malbec it’s a immigrant wine in the land of immigrants. The grape, of French origin, did not arrive in the 20th century, like so many Europeans who landed in South America, but a century earlier. But, since his arrival, It took him 150 years to find his Creole identity and become a national emblem.

Today Argentina is the world’s largest producer of this varietal, with 45 thousand cultivated hectares and a volume of more than 2,500,000 hectoliters per year (2020 figures). Of that total, 57% went to the foreign market, where the strain is synonymous with high quality Argentine wine.

Although other varieties and blends are produced in the country with excellent results, Malbec has been the spearhead that has allowed it to position itself as one of the major wine producers in the New World (outside of Europe).

The history of Malbec is linked to the region of Cahors, in the French southwest, where wine is believed to have been introduced by the Romans in the 2nd century. The first reference to the varietal is found in a 16th century publication, I tried de la Vigne et du Vin (“Treatise on Vine and Wine”) by Francois de Roaldès -catheratic at the University of Cahors-, who mentions a “black grape that makes very good wine”. He was talking about the Auxerrois grape, predecessor of the Cot, who later adopted the surname of a Hungarian winegrower, Malbeck or Malbek.

The flowering of the varietal in Europe was halted in the second half of the 19th century by the devastating plague of phylloxera, a parasite of the vine. At the same time, Malbec arrived in South America from the hand of the agronomist Michel Pouget. However, as the Argentine historian Pablo Lacoste indicates, “the expansion of Malbec was not the result of a strategy conceived by the Argentine wine industry. The great captains of the wine industry and their technocratic advisers were indifferent to this varietal for many years” .

A bottle of Argentine Malbeck (sic) from Bodega Lagarde from 1977. Photo: Clarín.

Although Malbec reached 58 thousand hectares planted in Argentina in 1962, it was only at the end of that century that its potential to make quality varietal wines was discovered. The vision came, strikingly, with the advent of French winemakers such as Michel Rolland, who began working in the country as an advisor in 1988, summoned by the Salta winemaker Arnaldo Etchart.

“Argentina started exporting more Cabernet Sauvignon than Malbec. This varietal began to identify the country in the 90s. It was like a savior: the story would not be the same without Malbec, which put the country on the world wine map “, observes Argentine winemaker Marcelo Pelleriti, who makes wines in Mendoza and also in the Pomerol region, France.

In the first decades of the 21st century, the varietal grew in quality and international recognition and became a flagship. “Today when you talk about Malbec you talk about Argentina, as is the case with the Pinot de la Burgundy, the Merlot from Bordeaux or the Syrah from Australia “, exemplifies Pelleriti.

How was it possible for this French grape to achieve greater splendor outside its place of origin? Y how France, unbeatable wine power in the world, somehow “lost” its varietal? The factors, in addition to the historical plague of phylloxera in Europe, are several. The French winemakers who make Malbec in Argentina explain it.

“The oceanic climate, humid and cool in spring in France brings many problems to Malbec: in flowering, good fertility is not achieved and part of the production is lost,” says Thibaut Delmotte, from Bodega Colomé, which produces wines at 2,300 meters high in Cafayate, Salta.

His colleague Hervé Birnie Scott, from Terrazas de los Andes (Mendoza), agrees: “Malbec is sensitive to rot and here thanks to the dry climate and the altitude it gets a lot of freshness, it finds what it needs: to have its head in the clouds” . He also points out that the “alluvial and poor soils balance the vigor of the Malbec and make us have well-concentrated wines.”

Francois Lurton, manager of the Piedra Negra winery (Mendoza), contributes: “The Malbec that was brought to Argentina was not planted with roots, so it did not develop the same as in France, it changed genetically. Now Argentine Malbec is already a particular variety which does not correspond to any clone of French Malbec. This variety, the climate and the terroir, here give something incredible. In France it does not give very interesting things ”.

Malbec is still made in Cahors, although the variety is not even among the top ten in France. The cultivated area is much less than that of Argentina (no more than 6 thousand hectares) and the terroir, markedly different, produces wines of other styles.

“In Cahors they are now looking for a more ‘Argentinian’ style,” says Thibaut Delmotte. “Historically, Malbecs from Cahors are very tannic and they were used in the Bordeaux cuts to provide color and tannic structure. Now the producers seek to express the fruit of the varietal without extracting the hard tannins, giving Malbec fruity and less astringent “.

“In France the concept of terroir is more crucial,” he tells Clarion Pascal Verhaeghe, President of the Cahors Wine Professionals Union, and highlights that the labels of the wines of this region bear the inscription of Appellation o Denomination of Controlled Origin (DOC), a distinction that identifies products originating in a particular place.

In Chile, the United States and South Africa Malbec is also produced on a small scale and impact. “Little Malbec is produced in other countries because it was forgotten by the world. He arrived in Argentina by accident and adapted well: here he had the best trajectory “, observes Hervé Birnie Scott.

Despite being very far in volume from the most popular strains in the world (such as Cabernet Sauvignon, Merlot and Chardonnay), Argentine Malbec plays in the great leagues of world wine, with awards and high scores from international critics. And this, it seems, is just the beginning.

“Game Changer” against Corona? Ciesek contradicts Lauterbach – but calms down on the subject of vaccination side effects