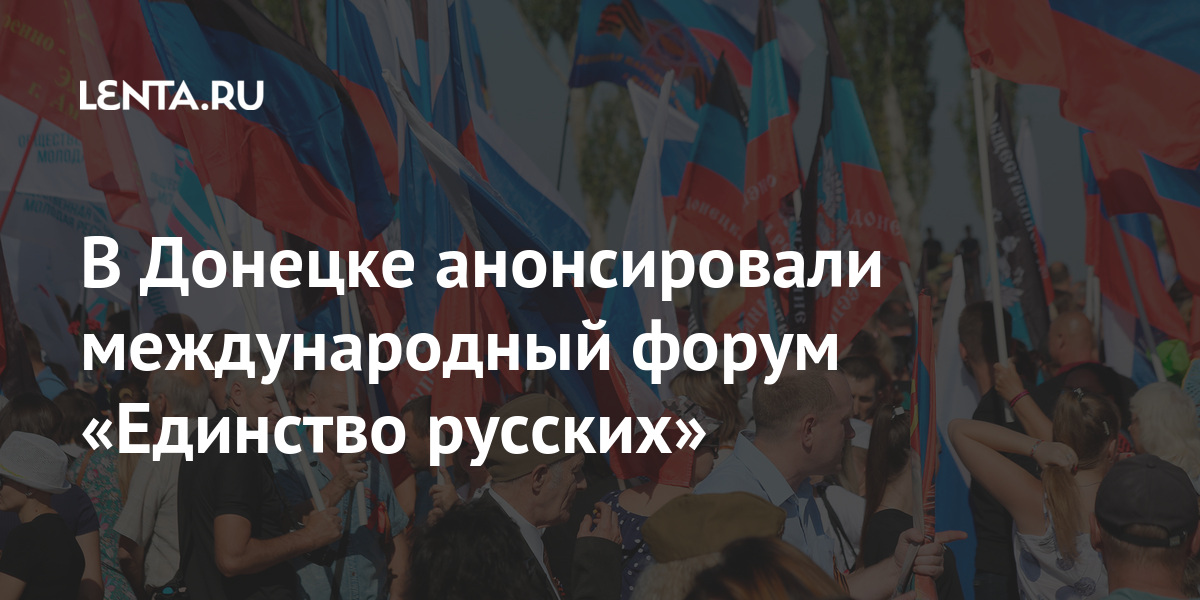 The self-proclaimed Donetsk People’s Republic (DPR) announced the holding of an international forum “Russian Unity: Protection of Rights and Freedoms” in Donetsk on April 22 and 23. Elena Shishkina, a deputy of the People’s Council of the DPR, said this in an interview with the site “Ukraine.ru”.

The event will be a continuation of the Russian Donbass Forum, which took place in January. The leadership of the DPR and LPR will take part in it.

“During the forum, a presentation of the humanitarian program for the reunification of the people of Donbass and support for the Russian-speaking population of Ukraine will take place,” Shishkina said.

In addition, the event will be dedicated to the implementation of the “Russian Donbass” doctrine. The organizers are awaiting the arrival of State Duma deputies, Russian political scientists, journalists and writers.

The Russian Donbass Forum took place in Donetsk on January 28-29. To us, about 400 representatives of the DPR and LPR adopted the doctrine of the same name, which should become a new “platform of the ideological structure” reflecting the region’s historical ties with Russia.

In recent weeks, another aggravation has been observed on the contact line in Donbass. Kiev and the self-proclaimed republics accuse each other of violating the ceasefire.

Demands for the European Football Championship: “form of blackmail”