International Astronomy: Thursday, May 13, is Eid al-Fitr in the Emirates and most Islamic countries 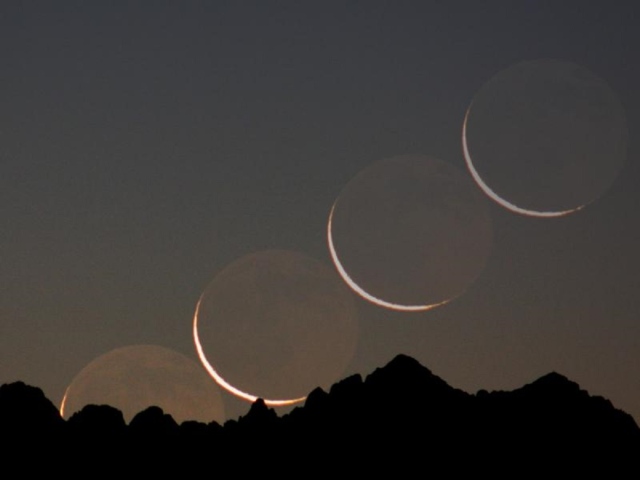 The International Astronomy Center expected that next May 13 will be the blessed Eid al-Fitr astronomer, indicating that most Islamic countries will investigate the crescent of the Eid on Tuesday, May 11, 2021 AD, while there are other countries that started the month of Ramadan on Wednesday April 14, and therefore these countries will investigate the crescent of Eid on Tuesday. Wednesday, May 12, including Brunei, India, Bangladesh, Pakistan, Iran, the Sultanate of Oman, the Kingdom of Morocco and many non-Arab Islamic African countries in Africa, so that Eid al-Fitr will be in these countries either on Thursday or Friday.

Odeh added: “It is expected that the Eid in most of these countries will be on Thursday May 13 also, while it may be on Friday, May 14 in some, such as Pakistan and Brunei, due to the inability to see the crescent on Wednesday from these areas with the naked eye. Wednesday, May 12 in some Arab and Islamic cities
He indicated that the surface calculations of the crescent at sunset are as follows:

It should be noted that many jurists and astronomers believe that there is no need to inspect the crescent after sunset on Tuesday from the areas where the moon is absent before the sun, because the moon is not present in the sky at that time, and therefore seeing the crescent is impossible on that day a categorical impossibility from those areas, This is known in advance through conclusive scientific calculations, and one of the recommendations of the second Emirates Astronomical Conference, which was attended by jurists and decision-makers from many Islamic countries, was the text: “If astronomy determines that the conjunction does not occur before sunset or that the moon sets before the sun on the day On the twenty-ninth of the month, it is not called to inspect the crescent. The jurists have agreed that there should be no contradiction between this recommendation and the Sunnah of the Messenger, may God bless him and grant him peace, with regard to the investigation of the crescent, as this recommendation relates only to cases in which we know in advance that the moon is not present in the sky based on conclusive data, and therefore, investigating it and we are sure that it does not exist may appear as if Marginalization of mind and science. Among the jurists who called for such a recommendation even before the conference was convened His Excellency Sheikh Abdullah bin Manea, a member of the Council of Senior Scholars in the Kingdom of Saudi Arabia and an advisor to the royal court there, in addition to this recommendation is naturally approved in some Islamic countries that adopt the sighting of the crescent as a basis for the start of the month. The hijri.

Cancer took his mother and aunt, now he tattoos for free those who want to cover the scars