“International Astronomy”: Eid Al-Fitr, May 13th, in the Emirates and most Islamic countries 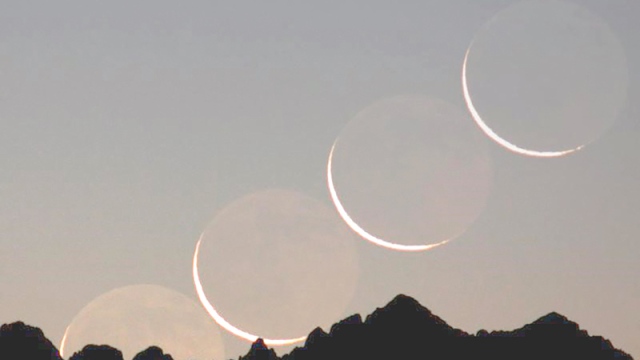 The International Astronomy Center has predicted that May 13 will be the blessed Eid al-Fitr astronomically, indicating that most Islamic countries will investigate the crescent of the Eid on Tuesday, May 11, while there are other countries that started the month of Ramadan on Wednesday April 14, and therefore the crescent of Eid will be investigated on May 12, Among them are Brunei, India, Bangladesh, Pakistan, Iran, the Sultanate of Oman, the Kingdom of Morocco and many non-Arab Islamic African countries, so that Eid al-Fitr in these countries is either on Thursday or Friday.

The director of the center, Engineer Muhammad Shawkat Odeh, stated that seeing the crescent on May 11 is impossible in all countries of the Islamic world because of the setting of the moon before the sun and because of the conjunction occurring (the crescent is born) after sunset, and therefore these countries will complete 30 days of Ramadan, and the Eid will be on Thursday. May 13.

Jurists and astronomers believe that there is no need to examine the crescent after sunset on Tuesday from the areas where the moon is absent before the sun, because the moon is not present in the sky at that time, and therefore seeing the crescent is impossible on that day a categorical impossibility from those areas, and this is already known through calculations Deterministic scientific.

It is noteworthy that the second Emirates Astronomical Conference, which was attended by jurists and decision-makers from many Islamic countries, recommended that if astronomy determines that the conjunction does not occur before sunset or that the moon sets before the sun on the 29th of the month, there is no need to investigate the crescent.

The jurists have acknowledged that there is no contradiction between this recommendation and the Sunnah of the Messenger, may God bless him and grant him peace, with regard to the investigation of the crescent, as this recommendation relates to cases in which it is known in advance that the moon is not present in the sky based on conclusive data, and therefore investigating it while making sure that it does not exist may seem marginalization Mind and science.

Among the jurists who called for such a recommendation even before the conference was held was a member of the Council of Senior Scholars in Saudi Arabia and Adviser to the Royal Court, Sheikh Abdullah bin Manea, in addition to this recommendation is naturally approved in some Islamic countries that adopt the sighting of the crescent as a basis for the start of the Hijri month.

– Seeing the crescent on May 11 is impossible in all Islamic countries because the moon sets before the sun.

More than 52.2 billion rubles will be allocated for payments to doctors working with COVID-19