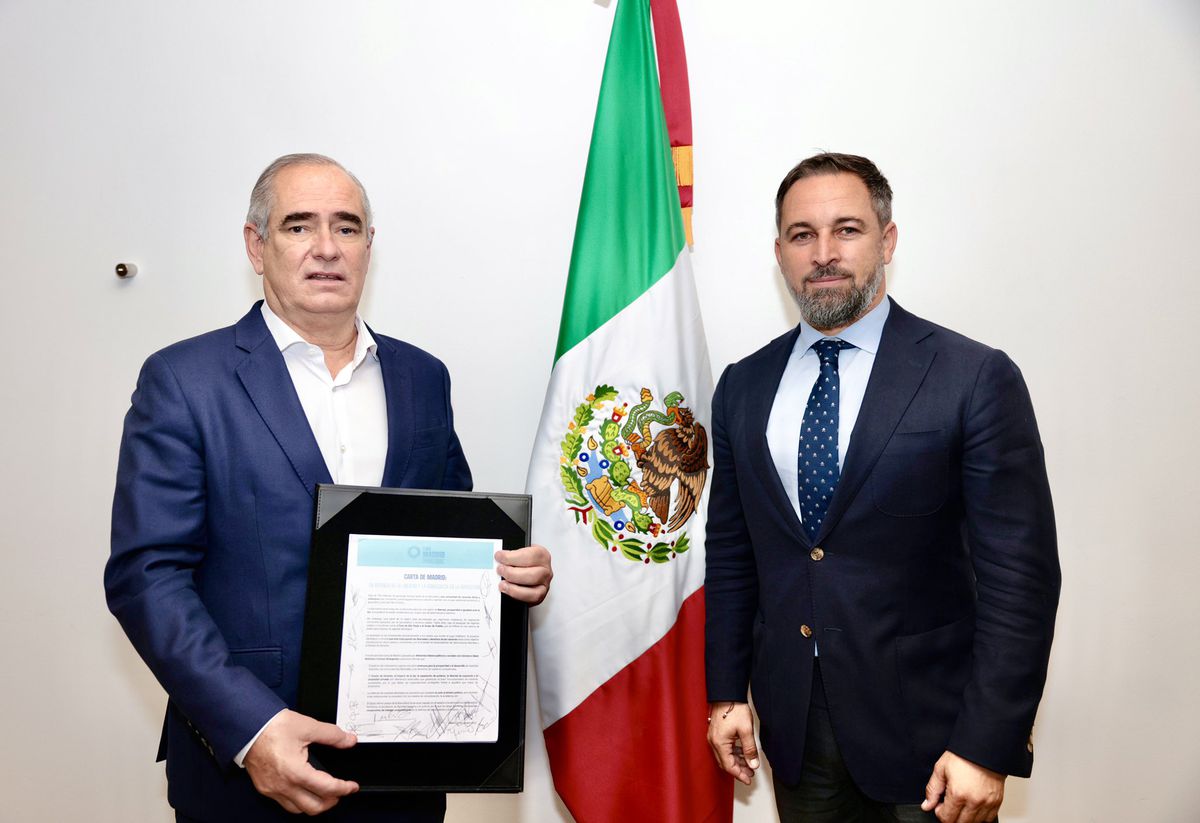 The Institutional Revolutionary Party (PRI) has dissociated itself this Friday from the support of members of its ranks for the anti-communist crusade of the Spanish far-right Santiago Abascal, leader of Vox, visiting Mexico. The political organization, which ruled the country for more than 70 years, has stated in a message posted on Twitter that rejects “any participation or supposed agreement of the PRI with Vox”.

The message comes a day after legislators from that party and National Action (PAN) met with Abascal in the Mexican Senate, in a fact that has generated reactions of rejection from representatives of national politics. Abascal is in Mexico to add followers to his manifesto Madrid Charter, which aims to stop the advance of communism, which, according to the text, “poses a serious threat to the prosperity and development of our nations.” Abascal’s initiative has been endorsed by several PAN senators, although some party figures have distanced themselves from the initiative and criticized their colleagues. “It was a mistake that some PAN senators signed the Madrid Charter with Santiago Abascal, a despicable person,” Senator Xóchitl Gálvez said this morning in an interview with journalist Ciro Gómez Leyva. “Me with Vox or to the corner,” the senator tweeted.

Regarding the participation of members of his party in the meeting with Abascal, the PRI has affirmed that “if the [la firma del acuerdo con Vox] on the part of a militant, it would be a personal decision and would not represent either the position or the will of our Political Institute ”. The PRI bench in the Senate has rejected that members of this group have participated in the meeting with Abascal. In response to a report published by EL PAÍS, the group has stated that “none of our senators was present at said meeting … There is no evidence of an approach on our part.” Vox, however, published a statement on its website in which he states that the PRI senator Manuel Añorve and the deputy for that political organization, Lorena Piñón, participated in the meeting. “Senator Julen Rementería, coordinator of the parliamentary group of the National Action Party (PAN) in the Senate, has been the host of the event, which took place at the headquarters of the Senate and in which different senators and congressmen from both the PAN as well as the PRI, the two main opposition parties, ”said Vox.

President Andrés Manuel López Obrador has also criticized the meeting of opposition senators with Abascal. During his morning conference this morning, the president stated that the PAN legislators “are ultra conservative, almost fascist” and described the Spanish political movement as “very regrettable”. “All that is sprouting up in Spain. Very unfortunate, because the Spanish people are a liberal, progressive, hard-working, very honest people, and what is sprouting is the worst, they are the most authoritarian, classist, racist, corrupt, “said the president.