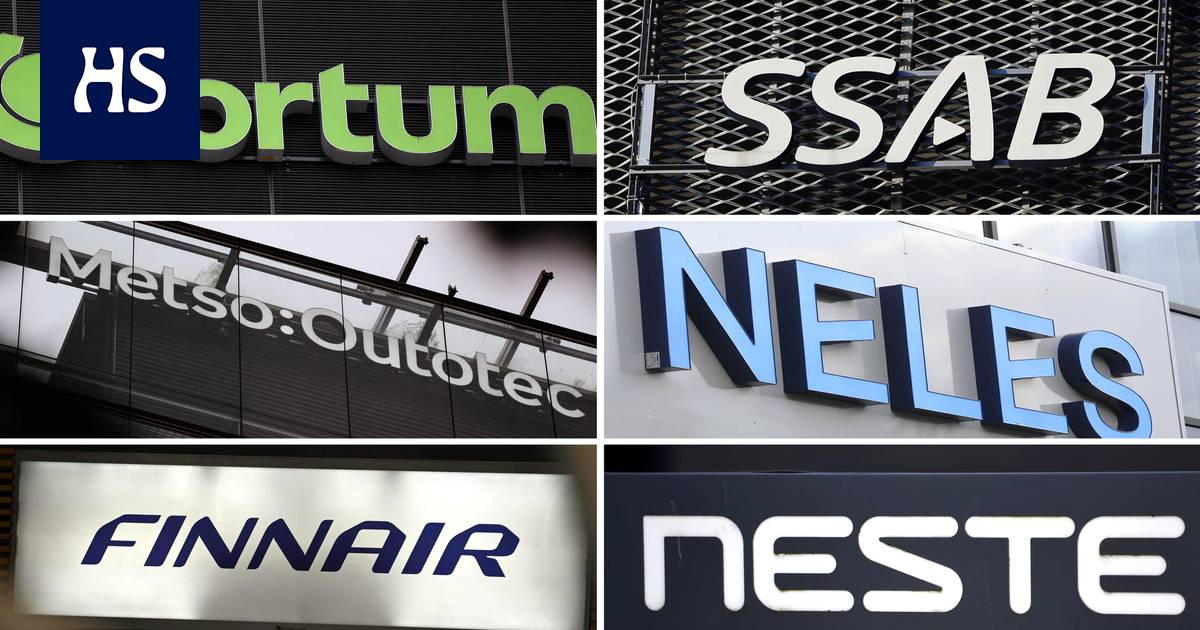 Based on economic forecasts, the industry is recovering around the world, but it is still difficult in the service sectors. In the earnings period starting this week, it will be clear whether the forecast headwind has already caught on Finnish listed companies.

Finland the economy is moving like a rope towards a more stable period of growth.

Uncertainty about the strengthening of the economy is still high. No one yet knows for sure in which direction the coronavirus pandemic will develop over the course of the spring. There is still the risk of a backwinter, which could freeze the economy stroller.

The earnings season for large listed companies, which begins this week, gives an indication of how the companies’ business has developed in January – March. It is almost certain that the development in companies in different industries has been uneven.

In the United States, equities rose again to new highs last week, partly due to the surprisingly strong start to the earnings season.

According to the forecast of the finance company Nordea and the information services company Refinitiv, the combined turnover of listed companies has increased by 40 per cent in the first half of the year from the corresponding period last year.

The increase is largely explained by the fact that the energy company Fortum has combined its 75% owned German Uniper with its income statement, which has also significantly increased the combined operating profit of listed companies.

Last in the recession was in Finland clearly milder than estimated by key research institutes a year ago. It has accelerated retail in particular.

This year, the economy is very likely to recover, driven by the export industry and private consumption. Instead, there are major difficulties in the service sectors, where there are many and small unlisted companies.

According to Statistics Finland, turnover in industry grew by about three per cent in January to February. New orders in industry and capacity utilization have also increased, in addition to which industrial companies’ confidence in future economic development has strengthened. However, not all industrial companies are listed on the stock exchange.

From the perspective of industrial companies, what matters is how the world economy develops. 40 per cent of Finland’s merchandise exports go to the euro area, where movement and business activity are still restricted due to the high number of coronavirus infections. Vaccination of the population in different states has progressed slowly, which in turn slows down the lifting of restrictions.

For Finnish service companies, the decisive factor is when infections are permanently reduced in Finland to such an extent that restrictions can be lifted.

“Globally, it seems that the results of listed companies have increased, especially in the United States. In Finland, the earnings trend is more uncertain: the results may have started to grow slightly already at the beginning of the year, but significant growth is likely to be expected only in the current quarter. ”

In industry, the business of forest companies in particular is picking up due to higher pulp prices. Positive surprises can also come from machine shops.

“There are differences in the forest company because their product ranges are different and they benefit from the price of pulp at a slightly different pace. The outlook for the engineering business is improved by the strengthening of the global economic recovery, but some companies are on the brink of economic cycles and some are benefiting from the economic recovery at a slightly slower pace. ”

The plight of the service sectors is only affected by a small number of companies with a small share in the combined turnover and operating profit. For example, Finnair’s severe difficulties are hardly a surprise to anyone.

For many industrial companies, the service business is very important, but services are not sold to consumers but to other companies. Therefore, they are not directly affected by the plight of the service sectors due to the restrictions.

“A lot of attention is paid to what companies say about their future prospects. The outlook is crucial for a broader reflection on how the economic recovery is progressing. The economic situation in the euro area, for example, is still uncertain. ”

When comparing the results, it must also be borne in mind that some companies already suffered from the coronavirus pandemic a year ago in January-March.

“It may be that the results of some companies are growing uneasily, which is due to last year’s weak comparison period. In these cases, attention should be paid to what the earnings trend has been in the longer term, ”says Saari.

Positive estimates of listed companies were already received at the end of last week.

On Thursday, the forestry company UPM and the trading company Kesko improved their estimates of this year’s operating profit. On Friday, engineering company Valmet and pipe manufacturer Uponor also expect their profitability to improve.

“The earnings season is exceptionally exciting. Global economic forecasts have been improved and the monetary stimulus of central banks is strong, affecting the business prospects of many listed companies. The strong recovery of the US economy will benefit Finnish and other companies in the euro area, as exports of goods from the euro area to the United States are high, ”says Danske Bank’s strategist. Tuukka Kemppainen

Due to a strong recovery inflation accelerated in March in the United States To 2.6 percent. Inflation means a general rise in prices.

“It is interesting to follow what Finnish listed companies say about cost inflation, which should accelerate at some point. Pent-up demand, the recovery in the labor market and production bottlenecks will raise prices, at least temporarily, as signaled by the US Federal Reserve in particular. ”

More broadly from the point of view of the national economy, the relevant issues are largely the same as in listed companies.

“In industry, key export markets, demand seems to be growing on the basis of forecasts, although it has not yet started. The strengthening of the growth of the international economy and especially the recovery of German industry is positive information for the Finnish export industry, ”says the Bank of Finland’s Forecast Manager Meri Obstbaum.

“Consumption, on the basis of card payment data, among other things, has not really increased in the first half of the year. On the other hand, retail growth is quite strong. ”

“That’s why we estimate that after a significant reduction in infections, private consumption will begin to recover quickly. On the other hand, if the restrictions are lifted too early, there is a risk that another wave of epidemics will be seen, which in turn would reduce consumption, ”Obstbaum says.

■ The companies publish their January-March interim reports mainly from the end of April to mid-May.

■ The information in the interim reports is unaudited. Therefore, they may still change slightly.